I Witnessed a Rape last night but did Nothing (True-life Story). It was a horror last night. I have to share it in this space to alert the public of the kind of evils that go on unnoticed in our society. 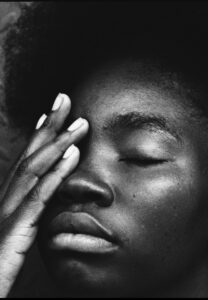 The issue of rape has become a great concern in this country. Day by day we keep hearing one ugly story or another about it.

Last night, I caught a rapist in the act but I did nothing. I know anyone reading this will be pouring blames on me right now. But you don’t have to. You need to hear all from me first. You should read the whole story before judging me.

It was on the night of Thursday in September 2020. It happened a few days before the #ENDSARS protest began in the country. The Governor of the state where we reside just lifted the ban on the commercial Keke riders (tricyclists). It was a partial lifting anyway. The Keke riders were instructed to operate from 6 a.m to 8 p.m.

So, around 1: 28 a.m (I checked the wall clock), I heard the sound of Keke (a Tricycle). It stopped just in front of our gate. I forgot to tell you, we live by the roadside, a major road connecting two big towns in the city.

But the road is always lonely because the major buildings in the area are government secretariats, privates offices, and markets. Workers and sellers close these offices and go back to their homes. Our house is in the center of this area. It is not a residential house. It is a school.

Due to the position of my husband in the school, he was given a quarter in the school. Our flat is directly adjacent to the road. So, we are able to see everything happening on the road both in the day and at night.

I want to add here too that the area is a danger zone. It is a hideout for ritual killers, kidnappers, and criminals. We often hear the cries of victims as they struggle with their attackers. Sometimes, they were lucky to escape. Other times, they were bundled into the dark bus and zoomed off, their fate unknown.

So, you see why I should hear or see every movement on the road at that time? When I jerked from the bed, I saw my husband struggling door’s exit with me. We were running to the other room. The room was positioned in such a way that someone standing by the window will have a full view of what is happening on the road without being spotted. 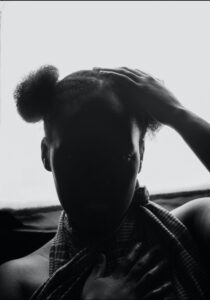 We saw a Keke (Tricycle) parked by the side of the road. We didn’t see the rider. My husband became restless the moment he spotted the tricycle. He was afraid of the S.S.3 students who just returned to write their Senior WAEC. He called the phone number of our Security but it was switched off.

My husband was pacing around the room but I remained calm. I wanted to know the whereabouts of the person who parked the Keke. I was wondering why the person was not caught by the Police since it was past the time of their Operation. I also told myself the driver could be the Police Officer.

It was not long we started hearing mourning and a plead. I saw them. I saw a rapist and a victim. She was mourning silently begging him to use protection. I wanted to scream to alert the security but my husband prevented me. He was asking what the girl was doing outside by that time of the night?

I wanted to scream again but I was waiting for the girl to mourn or plead again. She never did. I heard her last begging the beast to use CD on her but he shut up and said no. The night covered many evils. I suspected too the victim was under gunpoint. But looking at the beast’s body movement that moment, she wasn’t. He used all parts of his body as he abused her.

I watched them walked into the Keke. The girl began to cry again. She was pleading with the beast to allow her to go.

“How much is in your purse?” the rapist asked her.

“I told you before I don’t have any dime on me. ‘oo kwa i*ago m‘, (meaning, you had just raped me)” I heard the girl pleaded in her native Igbo dialect in between cry.

The rapist ignited the tricycle and they zoomed off. I looked at the time, it was 2: 20 a.m.

Another question should be; what was a Keke rider doing at the time of the night in the heart of the State capital when the government had banned their movement? Who was ridding the Keke?

You can share this story for people to read the evil going on silently in our society.

2 thoughts on “Last Night, I Witnessed a Rape but did Nothing (True-life Story)”