After their shock defeat to Villarreal in the UEFA Champions League quarter-final, Bayern Munich gave their fans something to cheer about by defeating Dortmund 3 – 1.mGoals from Serge Gnabry, Robert Lewandowski  and Jamal Musiala gave Bayern Munich the much-needed victory.

Winning the UEFA Champions League have always been a criteria for any coach at Bayern Munich and Julian Nagelsmann was criticised after his team was knocked out by Villarreal. Trending: Osasuna Vs Real Madrid – Match Highlight.

The Spanish La Liga side shocked Bayern Munich on their home ground with Samuel Chukwueze bagging the much-needed goal. Back to the league, Bayern Munich moved past their Champions League disappointment by winning their matches convincingly. However, the Bavarians knew they have to be at their best to beat Dortmund.

Julian Nagelsmann some weeks ago revealed that he received death threats after the defeat to Villarreal and he was desperate to seal the title in front of a 75,000-strong home crowd. In a bid to ensure that this was achieved, he named a strong first eleven that had the league’s highest goalscorer, Robert Lewandowski.

Dortmund on the side have not been consistent with their performance, a move that played a part in their inability to wrestle the title from Bayern. Having been knocked out of the Europa League by Rangers, the Bundesliga was their only opportunity to get themselves a good end to the season.

However, that was made impossible through various bad performances that saw them drop valuable points. To make things worse, Dortmund had to deal with various injury problems with Thorgan Hazard, Witsel, Reyna and Hummels put of the team. Despite this, they still had Erling Haaland and Marco Reus to call on. 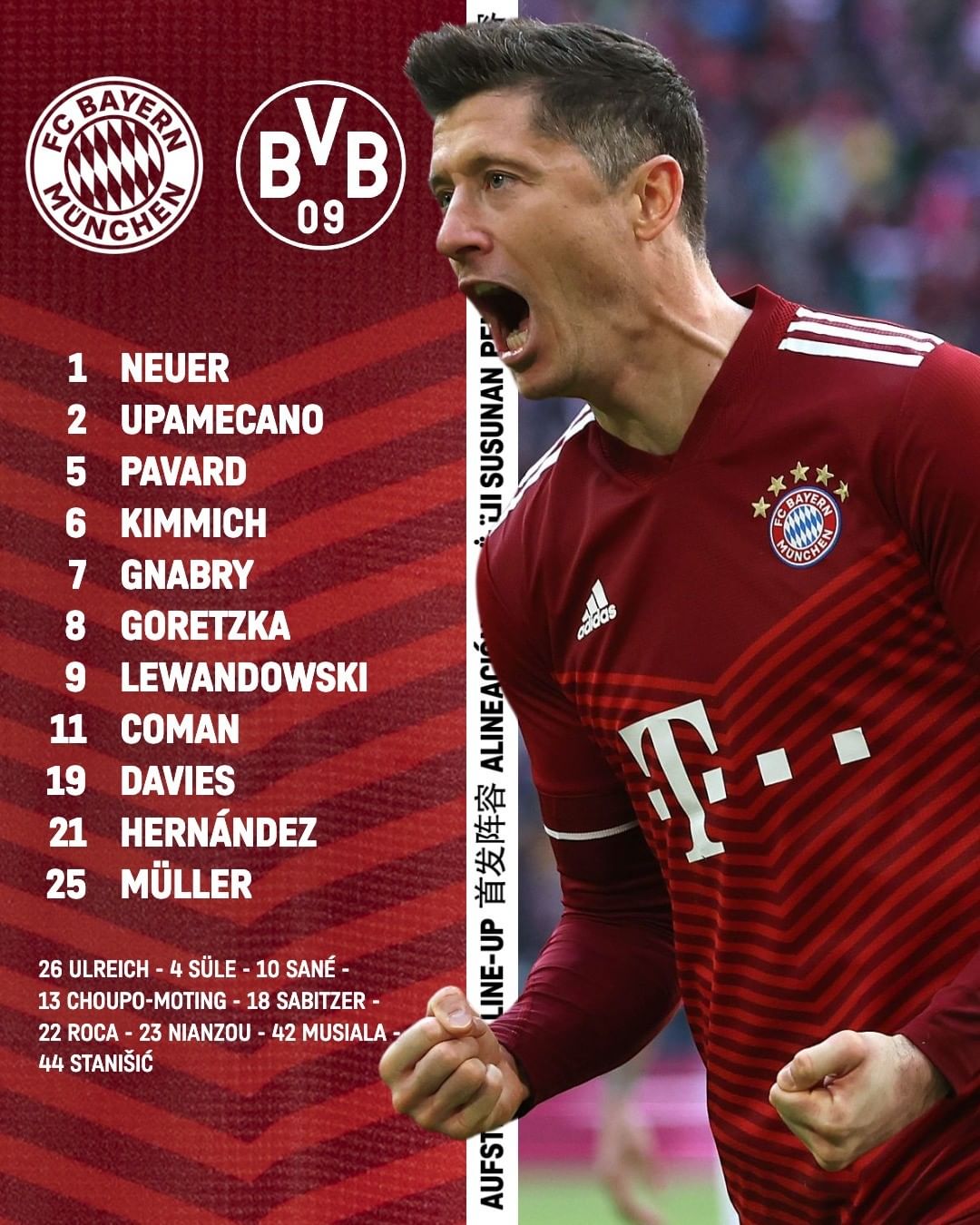 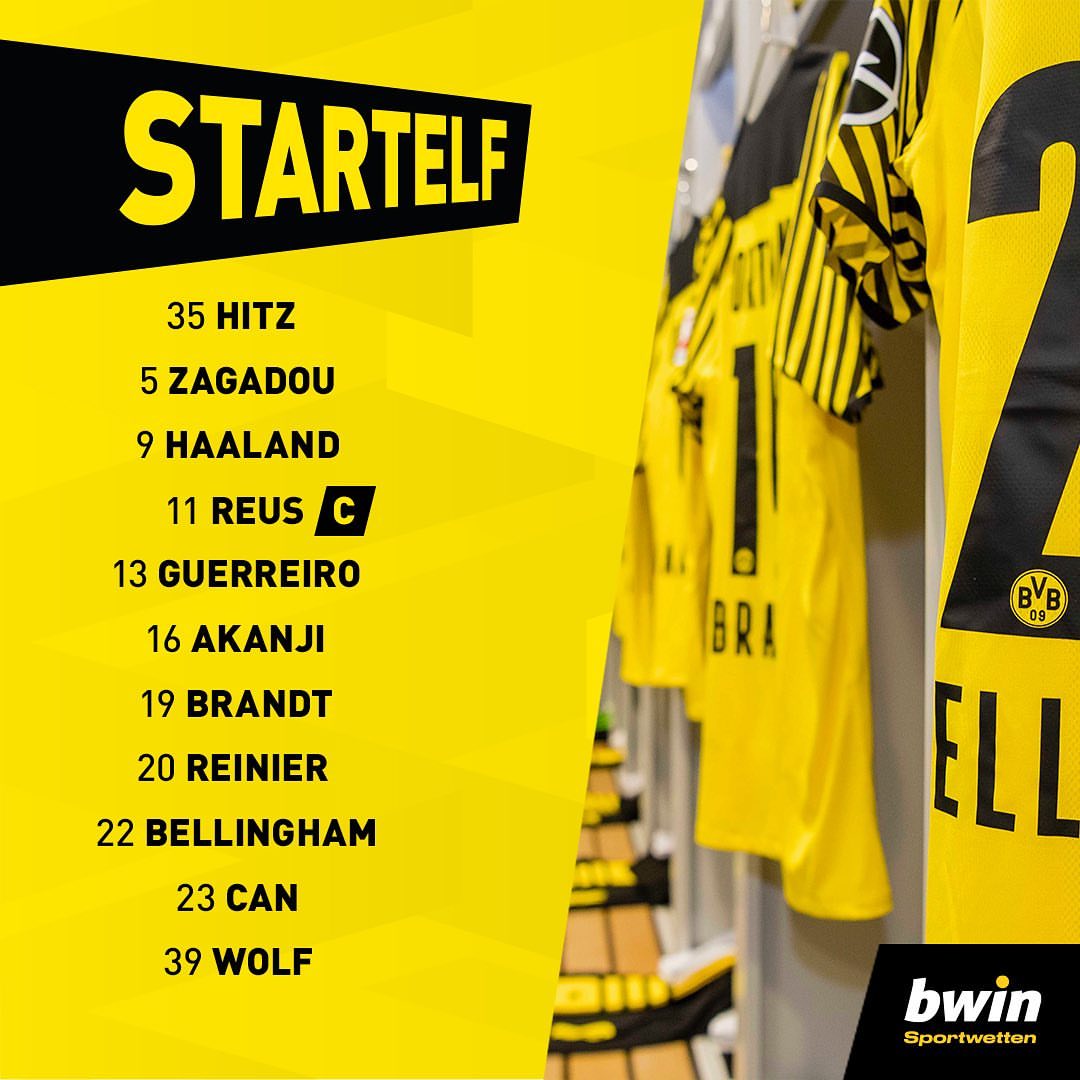 Ahead of the tie, Bayern Munich are in a good  form winning 13 home games at Allianz Arena.
Borussia Dortmund have also been impressive in away matches as they’ve won 8 away games.

FC Bayern München won 29 times in their past 51 meetings with Borussia Dortmund.

With the home crowd behind them, Bayern Munich was dominant from the start, holding on to possession and creating good chances. Their efforts paid off in the 15 minutes when Serge Gnabry brought a loose ball on the edge of the area under control and beat goalkeeper Marwin Hitz with a powerful finish.

The crowd was given what they wanted but that was the start of a thrilling game. Dortmund grew into the game and they got a big chance to go level minutes later from a through ball by Julian Brandt to Erling Braut Haaland.

Despite going clear, Haaland created an angle for himself only to go wide of range. Bayern appeared to have gone two goals up just before the closing quarter of the half after Gnabry finished off a misplaced ball from an unmarked position, but the offside flag went up.

However, the Bavarians doubled their lead ten minutes to halftime as Robert Lewandowski finished off a loose pass from Thomas Muller.

Dortmund reduced the advantage from the penalty-spot five minutes in the second half when Emre Can guided Manuel Neuer the wrong way after Joshua Kimmich fouled Marco Reus.

With Bayern yet to recover from the goal, Dortmund had another opportunity to score  when a ball into space by Haaland spotted Reus, who couldn’t beat Neuer. Both teams made changes in the second half but it was Bayern who scored the decisive goal.

Jamal Musiala who came on for Gnabry finished off a rebound in the area after Hitz failed to hold onto his initial shot. Bayern controlled the match until the final to clinch their tenth consecutive Bundesliga title.

What’s next for Bayern Munich?

Bayern Munich have finally clinch their title and it’s a milestone that put them ahead of other clubs in Europe.

Julian Nagelsmann’s future has been in the air ever since they were knocked out of the Champions League by Villarreal and that might continue till the end of the season. Top players in the team will be rested for their next few matches with youngsters set to be given a chance.