SUMMARY, HIGHLIGHT AND ANALYSIS OF MANCHESTER CITY (3:0) BRIGHTON. Pep Guardiola’s side hosted the Seagulls of Brighton with a well deserved win at Etihad Stadium on Wednesday, 20 April 2022. The winning was very much needed and of high expectation as it is a determiner of their position on the league table. Manchester Vs Brighton (3:0) – Match Result. Trending: Osasuna Vs Real Madrid – Match Highlight.

Before the match, City were only 2 points behind the title contender, Liverpool. Having won the match against Brighton they moved ahead of Liverpool with just a point having just 6 matches left to end the league. Manchester City are mostly known for their huge score line in most matches which gives them quite a huge advantage in most cases. 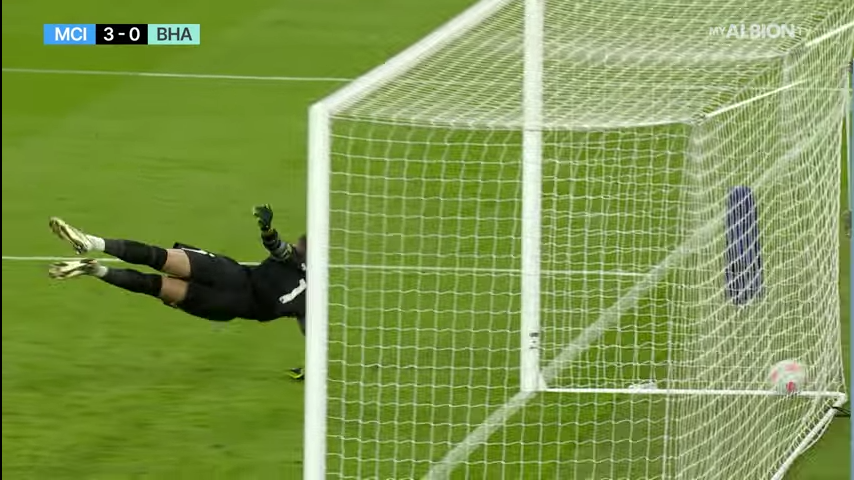 Impressive playing patterns were made by both the City’s players and Brighton players. The first half of the match was goalless as it left City frustrated. Despite the goalless halftime result, City dominated the pitch leaving Brighton with few chances and less game play all through the period. Trending right Now: ASAP Rocky, Rihanna Boyfriend arrested by the Police for Shooting.

At the end of the half time period, the Ball possession was as follows: Manchester City: 65%, Brighton: 35% leaving Brighton with less chances. Furthermore, let us take a look at the starting line up for both the host team Manchester City and the visitor Brighton.

From City’s line up, it is very obvious that Pep Guardiola really took his time to make the right selection for the game to ensure he achieved victory at the end of the match regarding his defeat from
Saturday’s FA Cup semi-final defeat to Jurgen Klopp’s side.

Head to Head history and summary.

Putting their previous match side by side, we can obviously conclude that City had a very huge chance of winning this game. Since 1989, the both teams have had just 27 encounters leaving Manchester City with 17 wins, Brighton 6 wins and a total of draws. With this fact it is obvious that City would not want to take any chances of losing.

The half time was quite an interesting one but was also tactical for both sides. They both tried their best but it ended in a goalless draw. Manchester City had some few goal chances but unfortunately it wasn’t converted. In the 26th minute of the match, Kevin De Bruyne (Manchester City) tried a shot a few inches wide of the post but was very close.

However, Brighton on the other hand resulted in playing a defensive game. 28th minute into the match, Bernardo Silva tried a shot but was blocked by Robert Sanchez. Throughout the first half period, City dominated and tried every possible way to get a goal but all access was denied by the strong and solid defense put up by Brighton.

Few minutes into the second half, Manchester City had realized their mistake and in the ‘53rd minute Riyad Mahrez scored a left foot goal after all effort was denied by the goalkeeper. Fortunately for Manchester City, the score line has been changed; Manchester City 1:0 Brighton.

Manchester City are still dominating and trying to create another chance but Brighton tries every it could to build a solid defense. Unfortunately for Brighton there were lapses and Phil Foden launched a quick shot with his left foot and there was another goal for Manchester city.

There was a yellow card in the 79th minute of the match awarded to Alexis Mac Allister for committing a tactical foul. 82nd minute into the match, Kevin De Bruyne made a good and accurate pass to Bernardo Silva who confidently converted it into an amazing goal with his left foot for Manchester City changing the score line once more.
Manchester City 3:0 Brighton.

Substitutions made by both teams:

The match ended with Manchester City taking the lead. Manchester city would have to be more determined if they would really want to have the trophy by the end of the league.