A 22-year-old boy rapes a woman who is old enough to be his mother in the bush. The 22-years-old boy who was caught raping an old woman in the bush has been arrested by the Police. The old woman who was raped said she will never forgive the little boy for raping her.

The issue of rape has become a thing of concern. Women, young and old are the major victims of rape. Sadly, the culprits are allowed to walk freely in the streets.

Yesterday, a 22-year-old boy was caught while raping a woman old enough to be his grandmother and handed over to the Police in Oyo State.

His own case seems to be the worst. He was caught sleeping with an old woman in the bush behind Kajola primary school in Oyo State. The woman was old enough to be his grandmother.

According to witnesses against him and the confessions he made, he has avalanche for old women. He is always at the outlook for the unsuspecting old women. But he ran out of luck yesterday. His cup filled.

The little boy overpowered an old woman in the bush and tried to rape her. The woman cried out loudly shouting for help.

Luckily for her, her neighbor who was also in the bush farming heard the woman’s screams and cries and decided to come and check on her. That was when she saw this abomination and raised alarm.

The senseless was still having his way when the other woman ran to draw people’s attention. Her cries attracted the youths from the community and he was beaten mercilessly. He was handed over to the police after he was beaten badly by the angry mob. 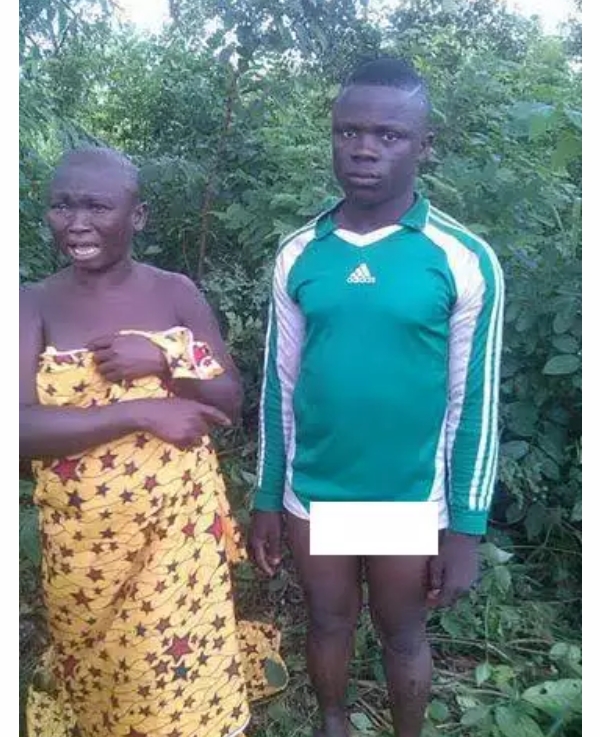 An eyewitness whose name is Abolarin Funmi said is not the first time the boy was perpetuating the evil. She said she is always seeing him coming out from the bush.

Funmi also added that she always sees the boy parking his motorcycle along the bushy road and many people think that he goes to refresh himself in the bush, not knowing he had his evil plan of going into the bush to rape old women who are working in their farmlands.

People were so shocked to see him in such kind of bad scenario raping an old woman old enough to be his grandmother. The boy was later handed over to the community vigilante who happened to save him from the hands of the mob.

After series of interrogations, the boy confessed and accepted he committed the crime. He begs to be pardoned and blamed his actions on the devil.

According to the boy he loves sleeping with old women because he wanted to experiment with how sweet old women are.

The state police commissioner after hearing the crime said the boy will be charged to court immediately for committing such a crime. 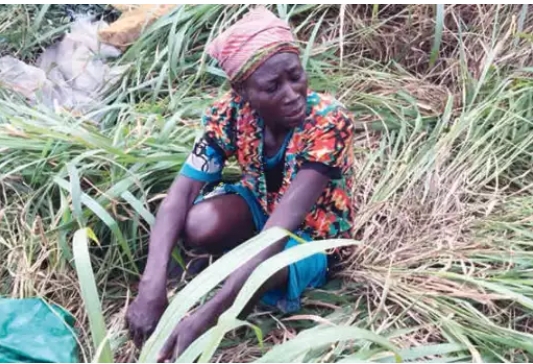 During the interrogations, the old woman who was raped was all tears. She kept crying, laying curses and misfortunes on the little boy. She told the media she will never forgive the boy because she is old enough to have him as a grandchild, not even as a direct child.

Thanks for reading. What is your view on this?