Hello, dear reader. Welcome to my space. Here, today, I will be talking about what we are good at, which is the meanings and originator of popular slang in Nigeria in 2021. In this post, we shall be discussing “Zukwanu ike Igbo Slang – Meaning and Originator”.

DO YOU KNOW THE MEANING OF Ikeagwuladibiauwa Slang? Find out here.

How to Spell Zukwanu Ike Slang

I mean to say the best form to write Zukwanu ike. The truth is that this Igbo slang is missing one letter of the alphabet in the spelling.

Even, I have seen another version of its spelling that people use and I shudder. They wrote it this way: “zukwaniike or zukwanike”. These are two words that shouldn’t be written together for any reason.

If we should go by the meaning or the way the Zukwanu ike slang sounds; it should be written this way; “Zukwnu ike”. I am not talking as a novice here. I am talking and writing as a student of Igbo Language.

Both ‘Zukwanike or Zukwanu ike are wrong. To start with, the words should be separated. There should be 2 A’s in the word ‘zukwanu’. That is ‘zukwaanu’. This is actually when it makes sense and meaning.

(Please, don’t come and show your ignoramus of ‘udaume swallowing another udaume‘ here. It doesn’t apply in this kind of word).

What is the meaning of Zukwanu ike or zukwaanu ike in English?

What does it mean when someone say to you; “zukwanu ike?” It literary means ‘you should rest’ or ‘go and rest’. When you translate it as spoken, it means in English; “have a rest oo”.

Zukwanu ike is the Igbo language that has become slang and it means, ‘take a rest oo’ or ‘do have a rest’. On its surface, it has just one meaning which is advising someone who is stressing his or herself either by speech or action to go and have rest.

See what a renowned writer said about the slang: “Zukwanu ike” is an Igbo phrase meaning rest or to rest. I’ve been using it a lot lately to communicate sarcasm, jokes, to cheer friends up”.

The word zukwanu ike is a familiar word to nursing mothers. They often use the word to scold or pacify a disturbing or a restless child. Yes. That is what it is. Friends now use the slang on their friends on social media who make controversial posts up and down.

Zukwanu ike Igbo slang can be used for different purposes. It can be used as fun. It can also be used to humiliate or to tell someone that what he or she is doing or saying is irrelevant.

For example; there was a post made by a social media user where he indirectly criticized ugly girls who buy expensive makeup and yet still look the same. He posted a cartoon image with heavy makeup, yet looking like a green alien.

The post was very funny, including the image. People began to share and comment on it. Most of his friends were busy typing; “Nwoke zukwanu ike, zuonu ike, zukwaanu ike”.

Both the comments and the post itself are all for fun. So, in this case, the slang zukwanu ike was used for fun and not for anything special.

On another development, someone made a post, defending herself on the allegation against her. She was replied with the Igbo slang; “Nwanyi zukwanu ike”. Meaning, this woman, won’t you rest.

I don’t just want to call names here. But if you follow the gist of one Nigerian Celebrity who owns an Entertainment Tv. She and her husband were slammed for paying a graduate who worked for them #30k.

She was the person who the “zukwanu ike slang was meant for when she came out to defend the 30k salary. In this sense, this Igbo slang means a different thing. That is, it depends on the speaker’s intention.

However, from the angle of this case, the celebrity was told to keep quiet. Zukwanu ike slang can also means, ‘Keep quiet.

I heard someone said; “Zukwanu ike, Indabosky” and I understood it to mean, he should keep quiet.

Nobody originated the Zukwanu ike slang. So, nobody should take the credit. The word is the Igbo language which means, ‘Should have a rest or take a rest”.

It, however, became slang when it is used in a song. I cannot verify the music artist who sang first with the title. But I know that as far back as October 2020, DYAN the jinjaga Master released a new hit titled; “Zukwanu Ike” featuring“DJ Lamp.

Other Nigerian Music artists like Nonymic and Admin Nwachukwu Ibeh also did songs on Zukwanu ike.

Meanwhile, the slang, became popular this 2021. It came shortly after who cut soap for me and ihe nke a owu rice slang. 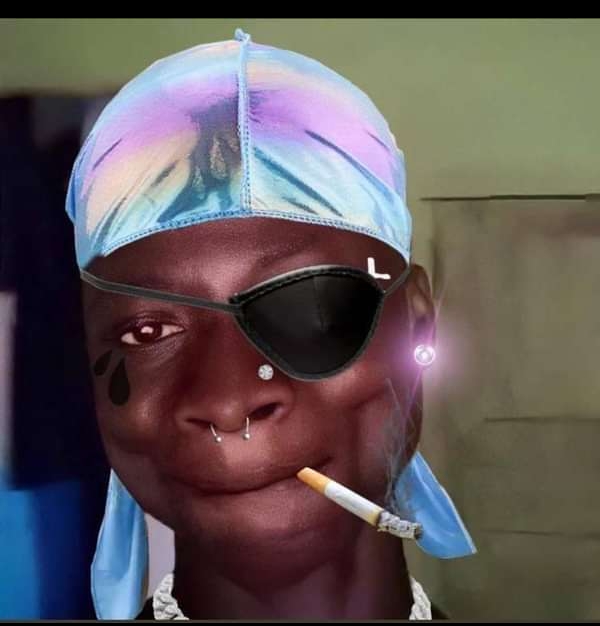 Look at this image. I don’t know what this star did to Nigerians. Whoever is doing this to him, zukwaanu ike. Lol. Please, SUBSCRIBE TO our notification to get notified whenever we publish new posts.

One thought on “Zukwanu ike Igbo Slang – Meaning and Originator”

Why students sleep during lectures in class

Effect of Group Work in a Student’s Academic Life

How Feeding Contributed to the Academic Development of Children

Has ASUU Called Off the Strike 2022

How to Help a Visually Impaired Child Learn Faster