You dont have javascript enabled! Please enable it!
Skip to content
POLITICS
9jainformed
No Comments

“You will never miss water unless it’s gone”. This saying is true of the immediate past president of the federal republic of Nigeria, Goodluck Ebele Jonathan. With what is happening now in the country, the man who may proffer the needed solution is nobody else other than Goodluck Ebele Jonathan. He is the man the country needs at this trying time. 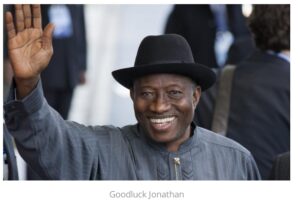 The former president, Goodluck Ebele Jonathan came into power in Nigeria Presidency as a Vice-president under the late President Yar’Adua. He succeeded Yar’adua and became the President in the half of the first tenure when Yar’adua died.

When the tenure ended, Goodluck Jonathan contested under the umbrella of PDP as a presidential candidate, not as a running mate. He steered the affairs of the nation for four years.

He lost his second term bid to President Muhammadu Buhari. He conceded and stepped aside.

If Goodluck Jonathan returns to power in 2023, he will perform better because of the following reasons:

Experience; they say is the best teacher. Goodluck Jonathan has six years of presidential experience. He piloted the affairs of this country for these long years. Coming to power now, he doesn’t need a long protocol to study policies or entities. He has mastered his ground. He knows what is what and who is who.

He will use his past experience in giving appointments and taking decisions.

There is an old adage that a woman who began to cook first has more old utensils than those who began later. This adage is applicable in every leadership. Goodluck Jonathan is already in the possession of a master plan for the Nation.

He worked with different people during his time. He has known who is capable and who is incapable. He has known the brain to use when he ascends the seat. Goodluck Jonathan had tried to solve many problems of the Nation. He failed in some and succeeded in some.

If he becomes the next president, he will surmount these problems with previous experiences.

Learning from our past mistakes is one of the secrets of success. If Goodluck Jonathan becomes the next president in 2023, he will learn from his mistakes.

Some of those mistakes were indeliberate. And it is said that a stick does not poke in the eyes of the wise twice. Those sticks in the leadership that poke his eyes and spoiled work for him, when he ascends to the power, he will try as much as possible to avoid them.

Nigeria is multifaceted with cultures and religions. What the country needs is a leader who will be liberal, support, and uphold the faith and belief of every individual in the country. Goodluck Jonathan possesses this attribute.

He will perform better than he did when he was in power if he becomes the next president because he will allow equal rights of operation to every religion. If there is no religious bigotry, religious war, or hatred, the people will live in peace. When there is peace, progress will be recorded in every state. 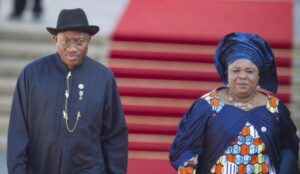 Goodluck Jonathan has been in the ring. He has wrestled with forces. Some forces defeated him. He defeated some.

Now, he has been outside the wrestling ring and watched the wrestling from the outside. He has seen and learned other tactics. With this, if he goes in again, he will give a good fight.

Now he is no longer in power, he is watching similar problems as they crop up. He is seeing the way the present government is attacking the problems. He is learning. If he becomes the next president in 2023, he will perform better.

BREAKING: Ebonyi State Government Suspends Covid-19 Measures, Claims They Can Suspend the Potency of the Virus for a Limited time

“Politicians are just Fantasizing; 2023 Election will not Hold in Nigeria” — Popular Northern Leader

Bandits’ attack on Zamfara Emir; A Strong Message to the Northern Elders

REVEALED: It’s Not Over Yet For Trump; See What He Plans To Do To Remain The US President For The Next 4 Years

Donald Trump; The Unsung Hero: 12 Great Things He Achieved In Less Than 4 Years In Office

Congratulations To All Nigerian Police Officers. Check Out Their New Salary Scales