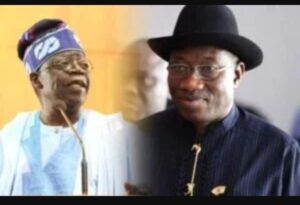 In case, you missed the news, Goodluck Ebele Jonathan, the former President of Nigeria has declared his interest to recontest as the Presidential candidate of Nigeria come 2023.

In two years’ time, Nigerians will have to decide who will be the next president after Buhari.
Trust Nigerian politicians, they have started playing their cards and making series of moves to get people’s votes ahead of the 2023 presidential general election.

At this point, we can’t rule out the possibility of having Ex-President, Goodluck Ebele Jonathan of Peoples’ Democratic Party and Chief Bola Tinubu of All Progressive Congress go against each other at the Presidential Poll come 2023. 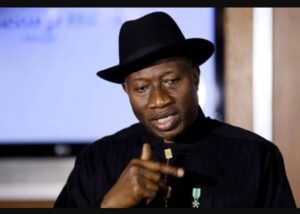 Having completed Late Yar’adua’s tenure with another term given to him, Dr. Goodluck Jonathan still has a chance of contesting as Nigeria’s President again.

There has been a rumor that some groups of concerned Nigerians are pressurizing the past President to come out to recontest as the President of the country. This, he has feigned ignorant and debunked in one of the news.

But recently, the handwriting is beginning to be visible in the political arena as Goodluck publicly declares interest to rule Nigeria again.

With the current experience of Nigerians under the “ supposed messiah “, Buhari, Dr. Goodluck Jonathan‘s tenure seems to be a better administration and Nigerians are now wishing Buhari wasn’t given the chance in the first place.

If you want to read the article on why Goodluck is qualified to rule Nigeria at this time, click here.

As it stands now, Goodluck Jonathan seems to be a candidate that has a good chance of winning the Presidential seat for PDP in 2023. Atiku and Others can only try. 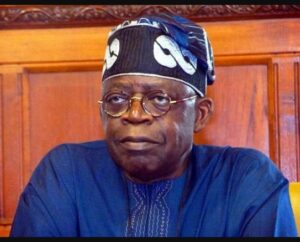 The Jagaban himself is clearly APC’s next presidential candidate, it is visible to the blind. Even the deaf can see it.

We all know the adjustments of the age of the Chief Jagaban of Lagos is for the seat of the Aso Villa. So, why would Baba suffer an innocent Google machine to make adjustments upon adjustment of his age?

Tinubu who was a former Governor in Lagos State has a great influence on Nigeria’s politics. The only problem with Tinub u’s candidacy is the Buhari factor.

For him to win in the 2023 election, he will have to prove to Nigerians that even though he is in the same party as Buhari, he can do better as President of Nigeria. But I so much doubt the possibility.

Meanwhile, Tinubu ‘s record and antecedent in Nigeria Politics can either make or mar his presidential ambition come 2023.
Tinubu and Jonathan‘s Presidential race will be a very interesting one to witness. And the question here is,

(2023 Election) Goodluck Jonathan Versus Bola Tinubu.  Who Are You Voting For? Drop your comments.