You dont have javascript enabled! Please enable it!
Skip to content
Family and Parenting
9jainformed
2 Comments

I started living with my wife at age 22.  She was just 16-year old when I got married to her. I was the only son of my mother. I was advised to get married on time to beat the unforeseen circumstances. Again, since I am the only male son in my father’s name, my parents were desperate to see their grandsons who will carry on their names. 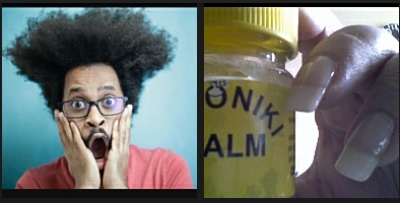 So, at 22, I got married to my wife. Because we were young and didn’t know our left from right in procreation and family planning, we began to hatch children like chickens. 4 years into the marriage, my wife and I had already had 3 kids. Before the 6th year, 5 kids were crying in my house. You can imagine what it looks like.

Our marriage began to fall apart. It started in the third year of our marriage. There are many things wrong with our m marriage. My wife doesn’t know how to cook. I mean, she doesn’t like to cook.

She is always feeding on snacks and minerals. These two were her favorites. I was managing her but it became a great burden when the kids started coming. She could go with snacking but the kids can’t.

Nemesis: Couple Who Poisoned Family of 5 in 2017 in Anambra Finally Exposed (Video)

I had the first fight with her when I returned from my outside job and learned she didn’t cook any food the whole days I  have been away. When I asked the kids they said; Fanta, gala, Coke, biscuits.

My kids look malnourished and unkempt always. I am always ashamed to take them out with me because they are not presentable.

Last year, I had a contract that took me outside the state. I spent about 4 months doing the job. I started receiving complaints about my wife from the neighbors. I called my mother, she confirmed the bad news.

My wife started sleeping around. I was told she goes to the Aboki (Security guard from the North) every night and spends the night there most times.

I called her to confirm the rumor and my wife had the audacity to say it is the truth.

I didn’t understand the ‘do me, I do you’ version. So, I called her back the following day to ask her to explain what she meant by that.

My wife accused me of living with another woman where I was working and hung the phone. I braced up and completed the job in the city.

The very day I returned home, I didn’t inform anyone. I made sure I came into town in the night. I returned by 11: 25 pm. I checked my kids and wife in their rooms. I found only four kids. I didn’t see my wife too.

I ran to my mother’s bedroom and knocked. I knew it was wrong waking her at that time, owing to her health status. But I had to. She heard my voice and became alerted. The moment she saw me, she was full of life again.

I peeped into her room and saw my 2 youngest kids clinching around her on her bed. I spread the mat in my mother’s room and spent the rest of the sleepless night there.

My wife came back in the morning, looking like a madwoman. She was looking like leftover food. She didn’t say anything to me and I didn’t ask her either.


I let her be in my house for the sake of our children. She still remains in my house even though the news in the whole town is that Aboki is marrying my wife.

My wife still lives with me under the same roof but not as a husband and wife anymore. I have ended the conjugal relationship with her. It is now getting to 2 years since we slept in the same bed. I didn’t tell anyone except, my mother, her parents, and my sisters.

It is true that I am no longer sleeping on the same bed with my wife but I continue to discharge my responsibility as the head of the family. I provide money for food. I also helped in cooking the food with my mother and 2 daughters.

Every month, my wife made lists of family toiletry needs, including the children’s beverages. But there is one item my wife always includes in the toiletry list. It is a balm, a popular hot balm called “Aboniki Balm“.

I wasn’t bothered about the constant appearance of the balm in the family. After all, the balm is a good local healer. Every family stocks it in their first aid box during the first wave of Covid-19. This is because it has proven to knock out blocked airways and eases respiratory illness. It is good for local nebulization.

Even, while traveling to the city for my outside work, I bought a bottle and traveled with it. But for the four months I stayed, I didn’t finish one bottle, I also returned with the remaining bottle.

The balm contains very string ethanol that a little quantity will send you dancing pepper dance. But the effect and the result are commendable.

On 31 December 2020, I was cleaning the whole house in preparation for the year. This was a family tradition. My mother and my sisters did total house cleaning every end of the year. We did it until all my sisters got married. It is now the turn of me and my family since my sisters have all gotten married.

That morning, my wife was not around. She saw us doing house cleaning, she left without lending hands.

I told the kids to bring out all the torn clothes, shoes, and used items that they will be burnt. Gladly, my kids rushed into their room and their mother’s room and brought out rags and torn wears. They brought out all the empty bottles, cans, and tins of beverages. My mother too was bringing out condemned items from her room.

My children dragged out bags filled with used bottles. I asked them what they were. My last kid said; “Mom’s ‘Abunna’ cream”. The word rang like a bell in my ears.

We used the word ‘Abunna‘ on the children when we want to tell them about their private parts. “Abunna” to my kids means a man or a woman’s private part. A man’s Cucumber in my house is abunna. The woman’s CPU, I mean v*g*na. (Sorry, I will not mention their real names here. I am using these other words to avoid violations of the policy).

I asked the eldest to be sure the little baby knows what she was saying. He laughed and walked away. He didn’t want to tell me. I asked my second child who is a girl. She confirmed what the little baby had said. She told me how she uses it but I doubted it the more.

I opened the bags and counted the bottles. I was shocked by the marrow. I saw 51 bottles of empty Aboniki balm. I can’t say how long she has been using it. But I know it must be from last year. We did house cleaning the previous years.

But I wasn’t that bothered in knowing how long she has been using it. All I was concerned about was knowing where she applies the hot rob.

At night, my wife came back. She was yet to know what transpired in her absence. So, she wasn’t suspecting anything. She was free as usual. She went to take her bath and I followed her. I pretended I was defecating. So, I stayed put in the toilet.

Photo by Andrea Piacquadio from Pexels

I left the toilet and sneaked into her room and hid under the bed. My wife finished taking her bath and walked into the room half-naked. I saw her pulling the first aid box and brought out a fresh bottle of Aboniki balm. She moved to the door and bolted it. By then, she had removed her towel.

I saw my own wife lied with her back on the floor and spread her legs wide. She opened the bottle of the balm and took a large quantity and inserted it in her CPU aka Abunna. Then, she began to massage all her private parts with it.

I was scared to the bone. I remained motionless in my hiding position. I was so scared to come out and stop her. She could harm me and nobody would know. The Radio volume was turned to the highest by her. Even her ear-deafening mourning and crying from the hotness of the balm were silenced by the noise from the Radio.

If anything had happened to me in her room, no one would hear or know about it. So, I kept mute. I don’t trust her anymore. She can do anything now.

She began to wriggle on the ground from the hot sensation of the balm. A few minutes later, she became settled. She stood up and began to dance happily from the music coming from the Radio set. She had the look of highness on her face as if the balm gave her a kind of nicotine effect.

I saw her sliding into her night wears and heaved a sigh of relief. I had seen enough. I didn’t want to see further. She turned the door bolt and walked out of the room.

I followed her immediately. Her face looked like she had seen a ghost when she saw me coming out from the room. She staggered and held and the rusted metal on the gallery. I didn’t say anything to her.

I headed to my room and took my coat from the hanger and left the house for the cross-over service. My eyes had seen my ears that night. I needed help. I needed calmness. I also needed to know the next step.

What do you think I should do?

2 thoughts on “My 27-year-old Wife used 51 Bottles of Aboniki Balm Last Year. See Where She Robs It”

How to Get Pregnant and Give Birth to a Baby Boy

Why Do Some Women or Couples Give Birth to Only Girls?

5 Factors Responsible for Couple giving birth to only Female Children

“What God Cannot Do Does not Exist”. 62-year-old Woman who has been married for 30 years without a child Delivers Quadruplets

Unbelievable! See What SpongeBob Square Pants Of Nickelodeon Is Teaching Our Kids

Photos Of Biggest And Scariest Baby Bumps at 9 Months

YEARS LATER: See The Recent Photos Of Aldis, The 2-year-Old Boy Who Smoked 40 Cigarettes a Day

The Dangers Of Using Wrong Words On Children During Sex-Education