You dont have javascript enabled! Please enable it!
Skip to content
Family and Parenting NEWS
9jainformed
No Comments

Spongebob Squarepants is a popular cartoon enjoy by everyone especially children. It is made for the Children but some adult do show interest in watching the Krusty Krab’s display.

It normally starts with this coersed chorus; “who lives ina Pineapple under the sea? Spongebob Squarepants!” 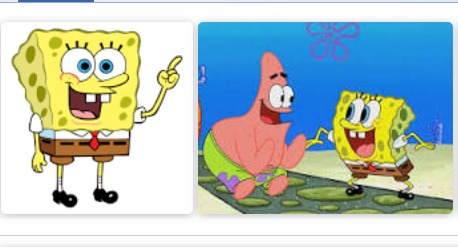 You may call it a lifeless motion picture. You may call him an ordinary cartoon. But it is more than what you think. They are planting in the hearts of our kids and it is permeating.

The yellow square-shaped computer animation series has gone ahead of many parents in role modeling the kids.

Spongebob SquarePants is a popular adventure cartoon on the Nickelodeon channel. The cartoon is named after the head character in the series who is always at the receiving end in the hands of his best friend, Patrick.

Patrick, Sandy Chick, Mr. Krab (money, money, money), Gary the snail, Squidward, Mrs. Pops the teacher whose desire is for Spongebob to pass and get out of her driving school because he is unteachable; and the rest of the animated characters, make up Spongebob Square pant.

Spongebob has tried more than 1,000 times to pass in the driving school but he kept failing. 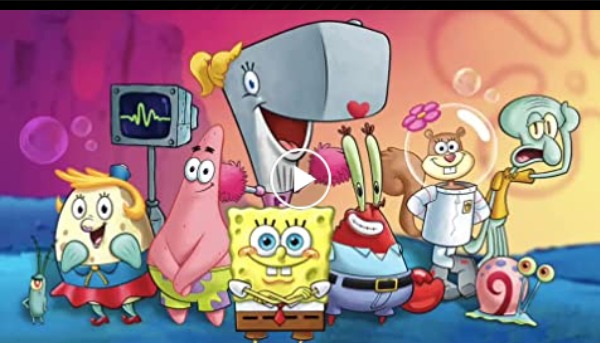 Are you wondering how I got to know about all these and their names? But I told you that even adults enjoy watching Spongebob too.

I sit to watch Spongebob with my kids. Although I am not among the group of adults who sit to watch the cartoon with the children for pleasure, I do watch for censoring purposes.

Yes. I have been bitten once. So, I am shying twice.

Do these 5 things if your child is Academically Dull. You will Notice great Improvements

I have decided to join my kids in watching the cartoon series to help them unlearn the nonsense Spongebob has previously taught them. Number one is his grammatical blunder.

How did this Spongebob drama start in my House?

I have boys in my house who are under the age of 7. One of them is bright academically. He is doing well in terms of English language speaking and writing.

Suddenly, he began to drift in his grammar. It became bad and noticeable, even his class teacher complained.

He used verbs, nouns, and adjectives in a very embarrassing way.

“Mummy, when Daddy ‘wented awayed‘, we ‘sawed‘ the car key”. This was my boy’s new style of speaking.

We have passed from this correction stage but I went back again. I corrected him often but he became worse day by day.

I applied cane but it didn’t work. One day, he wanted to say; he is dead. He said; “he deadeth“.

I became angry and tried to beat him.

Who taught you to speak that way? I heard myself screaming at him.

“Mummy, that is the way SpongeBob talks! He revealed in between tears.

Something struck my heart immediately.  I released him from my harsh grip. It is all my fault.

How can I leave them to all these cartoons without censoring what they dish out to the,. So, all these while, Spongebob has been the propbelm?

They are not even mimicking only his grammatical blunders. All the lies they tell in the series, my boys bought them.

Grrriiiihhhh! (Angry and speaking to myself) “Ama strip him off that Squarepants. He will walk nude to the driving school’.

After this, I recall another incidence in my house. Each time I picked my boys’ bedclothes to wash, I did observe something strange.

When I asked, they said they were waiting for a tooth Fairy which will come to take the teeth and give them money and golden teeth.

Spongebob sold this myth to them and they bought it with all their hearts. Why won’t they? They are still kids.

They learned it in one of the series. Patrick was eating too much gum and his teeth had holes and ached. So, he was taken to a dentist who removed the teeth. 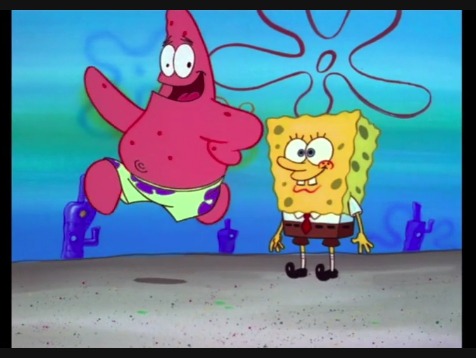 But Spongebob told Patrick not to throw them away. He should put the teeth under his pillow so that the tooth fairy will come and give him money and golden teeth.

I told my kids to throw their fallen milk teeth away. They said no. They prefer what Father Spongebob told them. They prefer to buy chew gum so that they will lose more teeth for the Tooth Fairy.

Censor What the Kids see on Television

Spongebob Squarepants cartoon is for entertainment. It is a funny series meant for the kids. But there is still a
need for parents to censor what they see on all these cartoon stations.

For me, I now watch Spongebob. Not for pleasure but for censor. I sit with them to watch this cartoon series.

When there is a need for correction, I do that immediately and repeat it later. Even in some of the series, the captions are written to entertain. The children do not know about it.

They use the words the way they saw them. I correct this too.

I cannot allow these lifeless and harmless-looking animations to spoil things for me. Please, share for other parents to see.