Before You Say “A Castrated He-Goat” Again, Read This

What do you mean when you call someone or when someone is called; “a castrated he-goat”?

We want to talk about animal castration. But before that, we will give meanings to the word castration.

Many people don’t know the meaning or the origin of that debasing words. But it is used often when people banter or trade words.

There are people whose job is to castrate animals and humans. I have seen that of animals but I am yet to witness human castration.

I have heard from my grandparents that men who were sexually perverse in the olden days were castrated so they won’t continue wreaking havoc on women. That is, if it were to be then, these present-day rapists would have all lost their manhood.

Also, in the ancient Egyptian Kingdom, the story had it that the Kings’ cupbearers known as Eunuchs were castrated. This is to avoid them looking at or admiring the king’s wives or daughters.

“Eunuchs are men who have had their testicles removed in order to make them more efficient servants, as they are not distracted by lust or sexual matters”.

No wonder they appeared chubby in the illustrations.

Before You Say “A Castrated He-Goat

I have also learned that castration is one of the options in family planning. But no man has ever agreed to be castrated. Rather, they prefer their wives’ wombs to be removed.

The men argue that they may come into their next world without testicles (impotent). And I want to ask them; what will be the fate of the women whose wombs were removed in their next world? (topic for another day).

I have heard a man said that if a man is castrated, his ancestors won’t accept him when he dies. Men are always having their ways in lording with women (my opinion).

I grew up in the village and my grandparents were animal rearers.

We did take our he-goats and cattle for Castration.

Castrated animals grow fat and look chubby like their female counterparts. This according to my parents is because nothing goes out from their body. 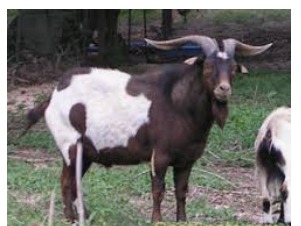 Today, animals are still been castrated and reared for business purposes. They are always taken to the markets during the festival periods.

All castrated animals are for meat. The bigger and fatter the animals, the more money the buyers are charged. And the only way to make these male animals look robust and big is to castrate them.

So, when you call someone a “castrated he-goat”, you have assumed three things: 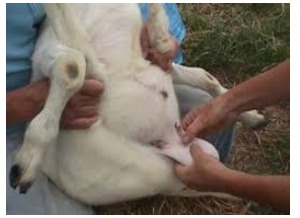 The person is not a man. The landlord in his trousers has been clamped.

The person is for the market.

The person is for meat. He is meant for consumption.

“No Be Juju be That” Slang; the Meaning and Originator

Locations and Uses of Anunuebe Tree (Leaves, bark and soap