You dont have javascript enabled! Please enable it!
Skip to content
Social Media
9jainformed
No Comments

Talk is cheap but it is powerful. Talk is powerful that it can take a life if it is not guided. “This Is Woman Generation”. Someone Said This To This Family Because They Gave Birth To Girls Only. Some people are loosed in tongues and sarcastic. 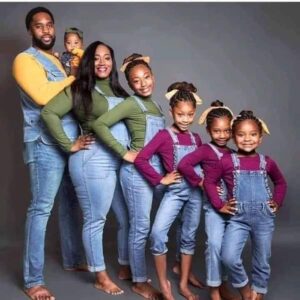 This post is about an adorable photo of a family on Facebook that shows a man and his wife with their five children, all girls. The adorable photo of this family was shared on Facebook and it got people talking. One of the users was so bold to say that the man is raising women generation. Everything should not be taken as a joke, especially when it concerns the public and someone’s emotion.

The time has come when people should grow up as regarding the issue of giving birth to males and females. Number one is that it is God who gives these children not man. Again, it is a primitive mentality to think that giving birth to a male child in a family should be a do-or-die affair.

God gives children and not men. Couples and the people around them should appreciate any sex of a child as they come. No child is better than the other. It is the African mentality that a man whose wife gives birth to only girl-children has no child. This is because it is believed that the continuity of a man lies in the availability of a boy-child who will replace him when he is gone. This has made the position of a girl-child in the family to be placed as a second fiddle.

Today, this mentality is fast eroding, seeing the muscles women are pulling in society today. Many families are now investing so much, academically in their girls more than the boys seeing where the trend is moving to. The great academia gurus of today are also females. Many of them like Prof. Okonjo Iwealla and the late Dora Akunyiri have and are piloting the affairs of nations.

Girls-children are treasures and precious gifts. Whoever that has them should be grateful and treat them like gold. Some men, especially the Igbo men are not proud anymore to announce the sex of their new baby if their wives give birth to them the third or the fourth times without mixing them with a boy-child.

Such men will always be disappointed and regret everything they have done to their girls in the future. For it is always the girls that remember and take care of their parents at an old age. Some of them will end up getting married to rich don who will establish them financially. 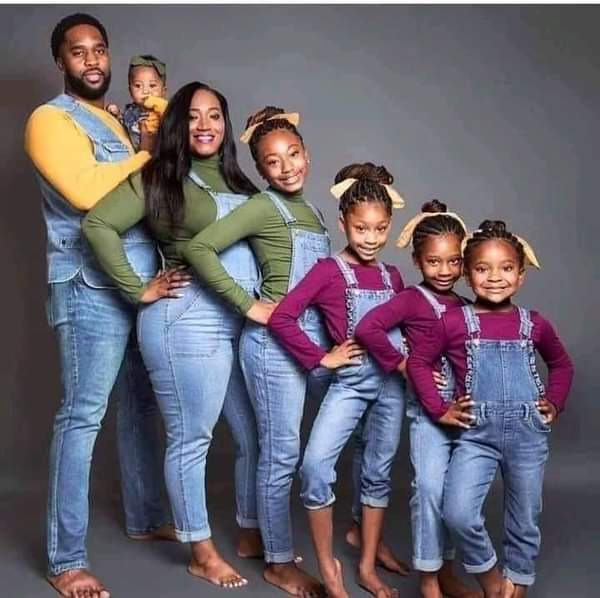 People are beginning to realize that girls are a great treasure. You will know from the comments of these people. Some are still sarcastic about it though. I am happy that the man with the lousy comment was not spared by other users.

It is very wrong to say that the man is raising the women generation. It is sarcastic. These are the screenshots of how people reacted to this family’s photo. 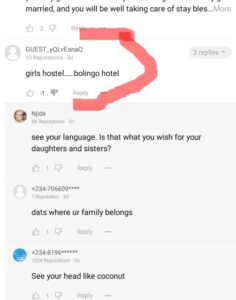 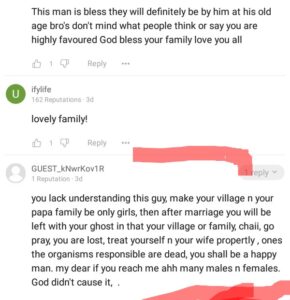 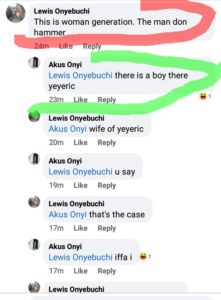 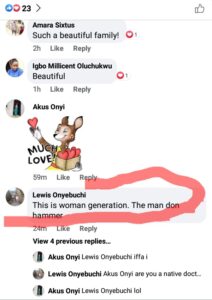 Read original and follow us for more great posts

Parents, Guide Your Children. See The Dangerous Notification I got From Facebook

Should Writers Have A blog

This Is How To Deal With Social Media Bullies