Osinachi Nwachukwu Husband – Who is He?

Mr Peter Nwachukwu is the name of Sister Osinachi Nwachukwu husband. He is a native of Ukpor in Nnewi South Local Government Area, Anambra State. They have been married for more than 10 years with 4 children and the couple base in Abuja. Osinachi Nwachukwu Husband – Who is He?

Following the allegation that Sister Osinachi Nwachukwu died from domestic violence by her husband, many have called him out. Others have come on social media to testify against him as the killer of his wife. The attention is now on knowing who the man is Osinachi Nwachukwu Husband – Who is He?

The news broke this today of the sudden death of the popular gospel music artist, Sister Osinachi Nwachukwu. We were earlier informed she died from a terminal disease, cancer of the throat. However, news flew in few hours after her death, accusing her husband of killing Osinachi Nwachukwu with his bare hands.

The first post was made by a social media user, Revd Steve Ukachukwu as recounted by Pastor Chioma Ibezim PhD. He wrote, I quote:

Trending
Mkpuru Mmiri – The Name of the Hard Drug that is Wasting Our Youths; Read the Effects
“REST IN PEACE MINISTER OSINACHI!
The very first time I hosted this Angel, God opened her up to me like a television, and she wept like a baby as she confirmed all and said even much more. She opened up to me and hid absolutely nothing. She confided in me till last week. I just don’t want to talk!
She died prematurely!
It could have been averted
The wickedness was so much
She died in silence
She decided to endure the abuse, the pain and now DEATH!
I begged, I pleaded, I counseled, but her “NICE HEART” kept enduring the abuse thinking it will be better rather it got worse.
I could not go contrary to her wish as a counselor. She wanted absolute privacy trusting God to help her and now death
I have not slept all day!
I have said it, NOBODY SHOULD EVER STAY IN AN ABUSIVE MARRIAGE. FORGET WHAT PEOPLE WILL SAY, THEY ARE NOT YOU.
YOU HAVE TO SAVE YOU FIRST.
I AM SO SAD!
Pastor Chioma Ibezim PhD.

This claim was backed up by other social media users and her fellow gospel song artists who gave the  same testimony. Frank Edward made similar complain on his page too.

Nigerian singer Osinachi Nwachukwu died on 08 April 2022 at the age of 43. It is the saddest news in today’s headlines. Entire South Africa has been mourning her death. Her fans and admirers are extremely heartbroken after getting the news of her death. Soulful tributes have been pouring on the internet for the singer. Since the news of her death broke out, many of her fans are seeking details about the singer including her personal life and so on. In this article, we are going to prove you with more information about the singer.

Where does Osinachi Nwachukwu’s Husband come from? 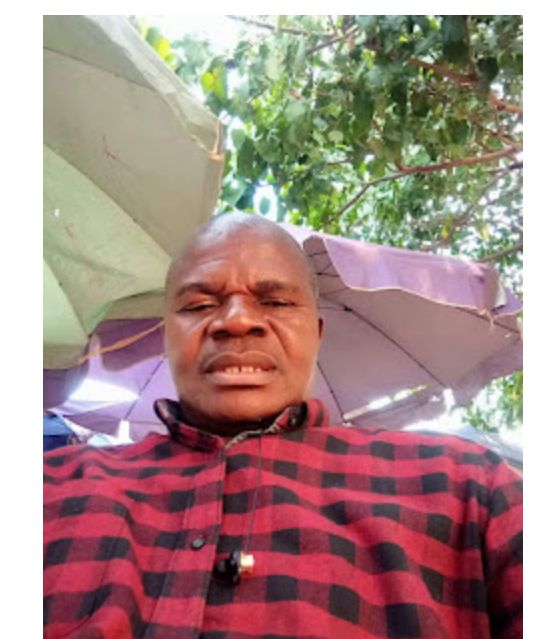 Which tribe and state is Osinachi Nwachukwu husband come from? His name is Peter Nwachukwu. He is not from Imo State as people claimed. He is from Nnewi South in Anambra State. Close source revealed he is from Ukpor town in Nnewi South. Ukpor shares commom boundaries with Osumenyi, Ebenator and Ezinifite.

He is said to manage the social media accounts of her late wife and manage all her music invites contract. Here are the photos of Mr Peter Nwachukwu, the husband of Sister Osinachi Nwachukwu.

Osinachi Nwachukwu was a popular Nigerian singer and songwriter. She was born on 12 November 1979 in Owerri, Nigeria. She holds Nigerian nationality. Her zodiac sign was Scorpio. She completed her education at a private school and university. Apart from being a singer-songwriter, she was also a minister of God and producer of Christian worship music. She was a spirit-filled and talented Nigerian gospel artist and songwriter with the voice of FIRE. She sang in the Igbo language.

About Osinachi Nwachukwu aka Ekwueme

In the year 2017, she released the song Ekwueme by Prospa Ochimana which became a big hit. Her religion was Christian. She was best known for several hit songs for which she gained huge recognition in the music world. She tied the knot with Peter. Although, there are no details have been revealed about her husband and his occupation. She was also known as the twin sister of Amarachi Grace Eze who is also a prominent singer. She was a lead singer at Dunamis International Gospel Center.

She was credited with several hit gospel songs such as Nara Ekele, Ekwueme, and You no dey use me to play. She released her last song titled Ikem (God of Power) in 2021. On 08 April 2022, the popular gospel singer Osinachi Nwachukwu died at the age of 42. She was admitted to a private hospital located in Abuja, Nigeria’s capital. She was suffering from throat cancer. She lost her battle against the disease on Friday and has left the world peacefully. After getting the news of the singer’s death, several big celebrities have been expressing their sorrow over her death. Her family is in grief right now. Our thoughts and prayers are with the singer’s family and friends. We hope that God will give strength to his family and friends. Stay tuned with us for more updates. Which State is Osinachi Nwachukwu’s husband?

He is from Ukpor in Nnewi South LGA in Anambra State.

What Business does Osinachi Nwachukwu’s husband do?

There is no information regarding the business Mr Peter does currently. Those who knew him far back when he was in Enugu State said he is into music too. He was among the acapella group reigning and singing in Enugu 12 years ago. Osinachi Nwachukwu Husband – Who is He?

Mr Peter Nwachukwu is the name of Sister Osinachi Nwachukwu husband. They have been married for more than 10 years and the couple base in Abuja. He is from Nnewi South in Anambra State. Close source revealed he is from Ukpor town in Nnewi South.