Who owns Kuda bank? Who is Kuda bank boss? Who founded Kuda bank? How old is Kuda bank owner? Find all the answers in this post. Kuda Bank Owner Babs Ogundeyi Biography, family, business and net worth. Read also  about Matthew Lillard Net worth and Biography, Career, Family, Everything you need to Know.

Babs Ogundeyi is the CEO (Chief Executive Officer) and Co-Founder of Nigeria first mobile bank that is licensed by the Central Bank of Nigeria. Kuda Bank formerly known as Kidi Money. Apar from been the CEO of Kuda Bank, Babs Ogundeyi is also an accountant, Financial Advisory and Entrepreneur. It was first established in 2017 and based in London as Kidi Money and later rebranded as Kuda Bank in 2019 after gotten licensed from central bank of Nigeria. 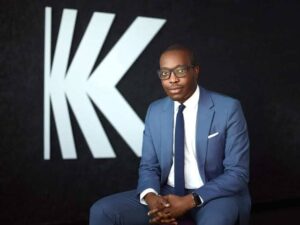 Babs Ogundeyi is the CEO and Co-Founder of Kuda Bank. The bank was formerly known as Kidi Money. It was established 2017 and based in London. Later rebranded as Kuda Bank in 2019. Kuda Bank is the first Nigeria mobile bank that is licensed by center bank of Nigeria with their registration number as RC796975.
Kuda Bank has amazing features like, free transfer, Zero card maintenance, automatic savings and lots more! Now, let us talk about the career of Babs Ogundeyi known as Kuda Bank CEO and Co-Founder.

Babs Ogundeyi has worked in so many numerous fame before establishing his own brand in 2017 as Kidi Money later rebranded it as Kuda Bank in 2019. Babs Ogundeyi has worked with, Motortrade, PricewWaterhouseCoopers (PwC), Redbrick Limited, Special Adviser to the Governor on Finance (Oyo State Government), Kudi Money and Kuda Bank.
*Motortrade: Babs Ogundeyi was the co-founder of Motortrade around April 2002 to May 2003. Motortrader is the first classified ad car magazine in Nigeria. It was later acquired by a big Newspaper company in Nigeria.
*Price Waterhouse Coopers (PwC): offers clients various professional business services, including accounting, auditing, human resources consulting, and strategy management. Babs Ogundeyi worked as an engagement manager in Price Waterhouse Coopers from October 2002 to March 2010. He directed audits and Advisory engagement of many African banks.
*Redbrick Limited: Babs Ogundeyi worked as partner and financial advisory with redbrick limited. Redbrick Limited is a property development company that operate in Lagos Nigeria between March 2010 to June 2011.
*Special Adviser to the Governor on Finance (Oyo State Government): Babs Ogundeyi became the special adviser to the Governor on Finance of Oyo State Government around June 2011 after leaving redbrick limited. His major roles was to advice the Oyo State Governor fiscal policies and other finance-related matters.

Babs Ogundeyi project as special adviser to Oyo State Governor are listed below:

1. Babs was responsible for capital raising in Oyo State. He successfully led a Bond raising program that generated NGN 55 Billion. That was the largest Bond raise in the history of Oyo State.
2. He was also in charge of establishing the Public-Private Partnership (PPP) office and Debt Management Office (DMO) in Oyo State.
3. Babs Ogundeyi created products that increased the Internally Generated Revenue. That resulted in a 500% increase within 4years.
4. He successfully set up and managed the Oyo State Pension Contributory Scheme.
5. Babs Ogundeyi was also the Head of Oyo State’s Microfinance Bank. He converted the Microfinance Bank from a USD 2 million loss position into a profit-making entity within 4 years.

Is Kuda Bank a Commercial Bank?

Kuda Bank is a mobile money app just like the abeg money app. The only difference is that it is approved and licensed by the CBN to operate like other banks. It means that its operations are legit. It also means that it has met the requirements of the Central bank of Nigeria to be qualified as a legal financial entity.

Babs Ogundeyi (an accountant) and Musty Mustapha (a software developer) was established in January 2017 and based in London. Kudi Money was the first online+only lending and savings service in Nigeria. It was rebranded in 2019 to what people now know as Kuda Bank.

Babs Ogundeyi rebranded Kuda Bank in 2019 after gotten licensed from central bank of Nigeria. Kuda Bank is a full-service digital bank that charges no fees for transactions on the app. It is designed as a mobile app so that it can be easily accessed by everybody that has a smartphone. Kuda Bank is good for making fast transactions, creating budgets and spending wisely. The mission of Kuda Bank is to provide the best banking experience for all Africans.

Babs Ogundeyi who is popular known as the CEO and Co-Founder of Kuda Bank is married and the marriage is blessed with kids.

At the moment of writing the biography of Babs Ogundeyi CEO of Kuda bank the name of his wife is currently not stated.

Babs Ogundeyi is married and blessed with kids but the number of children is not been mentioned at of the time of writing this interesting article.

How old is Babs Ogundeyi, the owner and founder of Kuda Bank? Babs Ogundeyi’s age is not available but he was born and raised in Nigerian. However, from his look and his age mates, he should be in his mid 40.

Babs Ogundeyi was born and raised in Nigerian Oyo State precisely and He attended The Downs School, King’s College in Taunton and also hold a bachelor’s degree in business studies and accounting from Brunel University London.

To get in touch with the CEO and Co-Founder of Kuda Bank Babs Ogundeyi on social media you can connect with him via his handle below!
Instagram: @babsogundeyi
Twitter: @Babsogundeyi

What is the net worth of Kuda Bank Owner, Babs Ogundeyi? He is currently one of the richest accountant, entrepreneur and Financial Advisory with an estimate net worth of over $50 Million which is equivalent to ₦22,197,963,550.00 (NGN) or twenty-two billion one hundred ninety-seven million nine hundred sixty-three thousand five hundred fifty naira as of the time and date of writing this article. 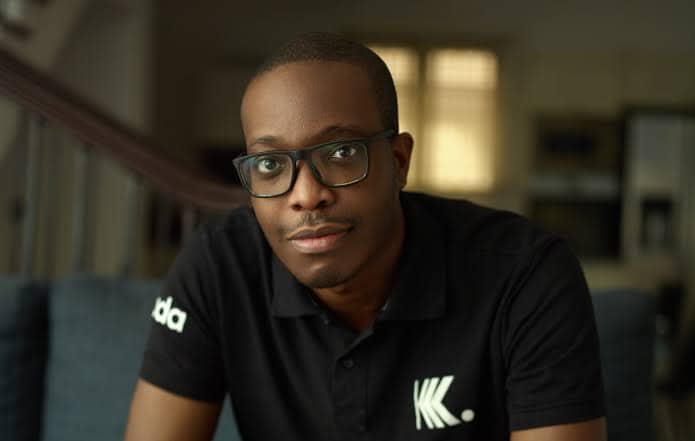 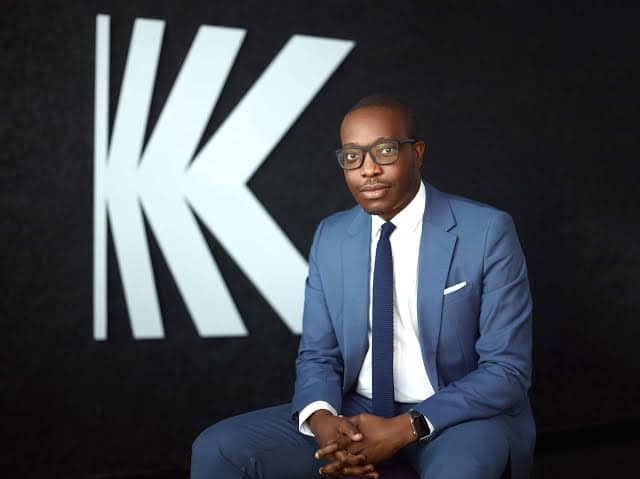 Summary
In this post, we told you about Kuda Bank Owner Babs Ogundeyi, his Biography, family, business and net worth. We aslo stated when and how he founder Kuda bank. We also said he once worked with the governor of Oyo State as a special adviser on monetary matters.
Thanks for reading this post on Babs Ogundeyi CEO of Kuda Bank biography, family and net worth. Please leave your thought via comment section below and don’t forget to share this post too.