What is the noise about this song “Dorime – Ameno” and how did it become a soundtrack for Nigeria’s club and movie occultic procession? I purposely began the title of this post with “Dorime” and not “Ameno”, the original title of the song. This is actually the major line we hear and use in Nigeria. Dorime Ameno song – evil or good?

We shall examine and talk about all these in this post. Remember we are 9jainformed. We are the only informed news website with accurate gists for our readers. If you have not SUBSCRIBED to our Notification, do it to be able to receive post alerts whenever we publish new posts.

CUT SOAP FOR ME SLANG.

Dorime is not the title of the song. It is just a line or chorus in a song by ERA that has taken over the title probably because it is the most said line or the most audible line. The song is originally known as Ameno.

I took a peep on Youtube, I found that it was released on Youtube 11 years ago and has about 95 million views as of yesterday night (12/08/2021).  Surprisingly, I checked again this morning while writing this post, I saw it has hit 114 million views. Dorime is currently one of the highest-viewed songs on Youtube, especially by Nigerians.

Dorime Ameno is a foreign song, probably Latin words.  The song has a typical Roman Catholic sound, but it is not one. Although the setting depicts a church setting, it is not a gospel album.

According to Pulse, ‘Ameno’ was released in June 1996 by French new-age project, E.R.A as a single off their eponymous debut album which dropped the same year and was re-released in 1998. The track was written by Eric Levi, who put the project together and conceived the idea.

Let me shock you here. This song is written in pseudo-Latin that is sung to sound like Latin words but the words are deliberate with no meaning.

“Ameno” was written by new-age artist Eric Lévi. The lyrics are written in Pseudo-Latin, i.e. sounding like Latin but are in fact deliberately devoid of any exact meaning.

The vocals are performed by Guy Protheroe and Harriet Jay. Eric Lévi played keyboards and programmed it, whereas Philippe Manca played lead guitar, bass and drums. The choir rendition is by The English Chamber Choir”. Wikipedia

Meanwhile, this popular song is currently trending in Nigeria. It has been sung variously by people as a comedy video. It is been used to catch cruises by some people.

For example, it was mimicked by a group and titled “Amaka, Turime” – turime means got pregnant. There is another group that captioned theirs “Amino, Chekwube“. Lol. And just yesterday, Alooma Isaac and co just released Aba’s version of Dorime Ameno.

Why is Dorime “Ameno” Being used today in Nigeria’s Clubs?

I may not know the correct answer for this but I think there is a spirit behind this song. When the song is played in any club is marks the peak of the party. I mean, everything is about to happen.

That is when the wine casket is taken up and lighted and that is when it is brought down too. Someone jokingly said when you hear Dorime line in any club, it means gorime (enjoy) and just do anyhow, anyhow.

However, there are still other good things that happen with the song for the clubbers. They said that is the time support (financially) is given to the sponsor of the party. As in you can see people coming out to spray money on the wine casket as their gift and support.

I also watched a comedy skit by a Nigerian. There, he was jokingly lamenting about Dorime – Ameno song being played in the club. He said he attended a club with a friend who is just a civil servant and immediately the song was played, his friend lost control and ate his salary instantly in the club. Lol.

Frequently Asked Questions about Dorime “Ameno” by E. R. A 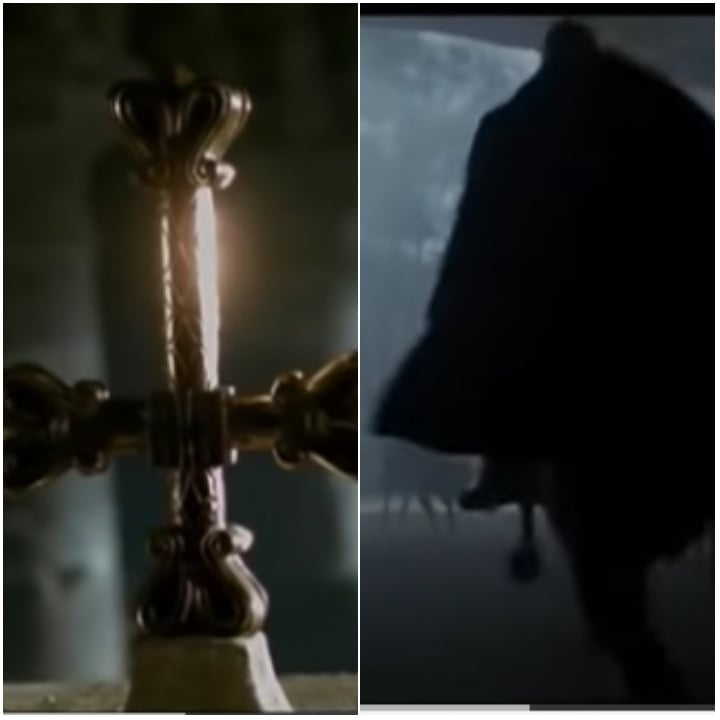 Is Dorime – Ameno Song by ERA Evil or Good?

I can’t say whether this song is a bad or an evil song. There is no single scene in the song that depicts any evil in it except that the repeated line Dorime has no meaning. People said even though the song is gibberish Ameno means ‘pleasant” or pleasantry.

However, one thing is vivid, there is a killing in the song scenes. Probably, the killing of evil people.

Why is Dorime Ameno used in Nigeria Yahoo Occultic Procession?

Many people are arguing why Ameno dorime song is being used by Nigerians in their yahoo occultic procession skit. Like when someone is about to be sacrificed, you will hear the line… Dorime, dorime, ameno…”

So, can we now say the song is demonic or evil? No. Even at that, we cannot assume it is bad.

One thing to note about Ameno Dorime song is that it has the Maradona kind of horrific sound. A typical Merlin scenario where there is imminent danger. Using it to depict danger in a scene, is still in order. After all the song is gibberish (no meaning). Occultic language is all about the gibberish language too. Lol (I no follow oo).

Why is Dorime Ameno used in Nigeria Club?

Ameno Dorime is used in the Nigerian clubs because it is now used as a tune for the movement of “Ark of wines” (casket of wine) – a wine procession. This is a casket with four legs, or two handles, inside are chilled wines of various brands but mainly champagnes.

It is a procession of wine caskets. That is when wines are about to be ‘sacrificed’. Just like a burial procession, it is time for a wine procession.

It is just that it has a sounding semblance with a Roman Catholic Latin Beat or tune. But it is not. The scenes of the song were not even done inside a Church.

People confuse the effigies and the molded images as the ones in a typical Roman Catholic church. They are wrong. We see some of these images in most of the season movies like in Merlin, The legend of the Seeker, etc.

Again, the lady in the song pulled out a sword and not across. Every Roman catholic Latin song has a religious meaning but ERA’s Ameno is a gibberish.

Who sang Ameno Dorime? It is a song by ERA. The song is actually a French group new age musical project known as ERA (stylized as +eRa+).

It was released in June 1996 as a single from their self-titled debut album Era and became a chart success in France, Belgium, Sweden, and Latin America.

What is the English Translation of Ameno Song by ERA?

Many people are asking for the English translation of Ameno – dorime by ERA. Here is it:

Is Ameno song by ERA bad or Good?

So, now is Dorime – Ameno a good or a bad song? You have seen the English translation of the song. What is your answer?

For me, I will still maintain my stand. I don’t know if Ameno is a bad song. But I will not say that it is a good song either. The song has a deep (spiritual) mystery that only the singer and the writer can explain.