Watch the comedy video of Broda Shaggi and Alhaji from London. It is another hilarious skit by the popular Nigeria Comedian,  Samuel Terry. 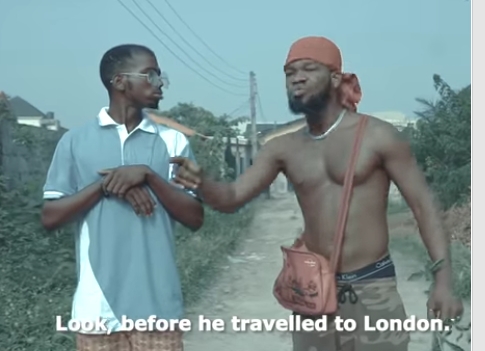 He titled the comedy skit; “BRODASHAGGI AND ALHAJI FROM LONDON”. If you want to watch the latest comedy videos by Broda Shaggi, click here to watch.

In this video, Broda Shaggi and Alhaji from London, someone told him about a man who just returned from London. When  Shaggi inquired more about the man, he discovered he knew him before he traveled to London.

In fact, Shaggi claimed they were both paddies. He rushed immediately to pay the man whom they addressed as Alhaji a visit.

When Shaggi entered Alhaji’s house, catastrophe jammed madness. Shaggi will never go to a new place in peace without making us his fans scream on the roads in laughter. 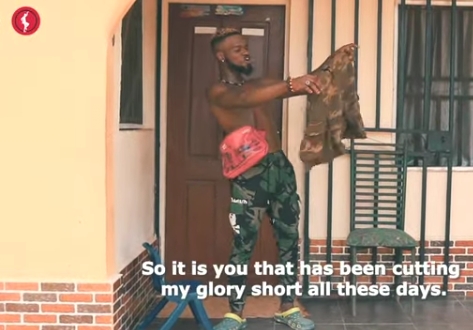 In the comedy video, Shaggi went to meet Baba Jangola, the same herbalist who made “E choke” juju that never worked for Broda Shaggi.

He still went to meet the Baba for another charm. But not for girls this time around. Shaggi wanted to be richer than Otedola. Baba Jangola, the native doctor with “attitude problem said he made juju for Otedola that made him rich.

Shaggi went to his shrine for the charms. What transpired in the shrine from the beginning to the end will make you laugh until you drop your phone on the ground.

Broda Shaggi finally changed his short Camo. Baba gave him new trousers and told him his billions are in the trouser.

Find out what happened in the video. The rest story is a catastrophe join with Shaggi’s madness.