Video of Ikorodu Bois Carrying Nino B Maka in Wheelbarrow

Have you seen the recent trending Video of Maka and Ikorodu Bois? You need to see the viral Video Of Ikorodu Bois Carrying Nino B Maka in Wheelbarrow.

In the video, we saw Nino B. riding in his Jeep when he came face to face with some boys who seemed to block the road with their wheelbarrows. It just seemed they were about to have a face-off.

However, when Maka came down from his Jeep to scold the young boys, he saw they were Ikorodu bois. The joy on the faces of these popular Nigerian comedians and the handsome actor when they met face to face for the first time is beyond description. 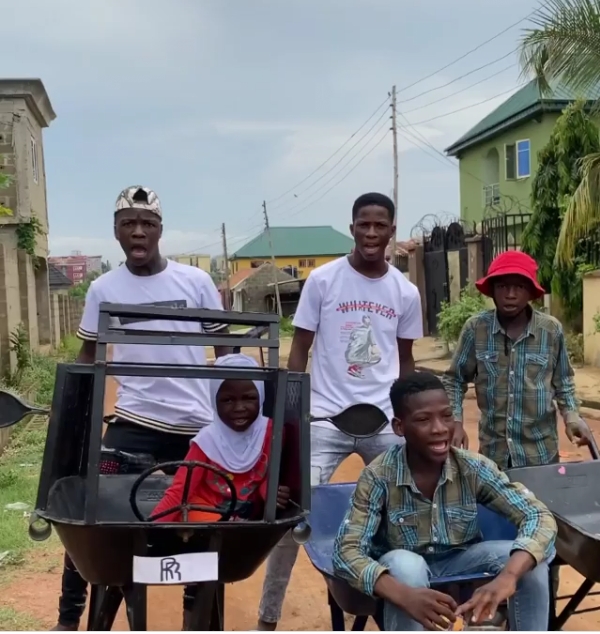 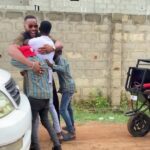 9jainformed.com was dully informed that Maka is a fan of Ikorodu Boys. And not only that, the humble and intelligent Nollywood screen god is an indigene of Ikorodu.

Video of Ikorodu Bois Carrying Nino B. Maka in Wheelbarrow

Ikorodu boys have surfaced online yet again and trending after a video of them carrying a popular Nigerian actor, Nino B. Maka in a wheelbarrow.

Ikorodu boys have been making waveson online recently so am pretty sure you must have heard about them. But just in case this is your first time hearing their name, Ikorodu Bois is a Nigerian Internet comedy troupe that imitates and recreates multi-million dollar music videos, Hollywood movie trailers, and epic photographs.

They recently went viral online after they mimicked a Netflix movie trailer. The video went viral online and attracted one of Netflix’s owners who appreciated them for their hard work and consistency and also promised them a lot of good things.

Just yesterday, they made another video of them carrying Nino B. The video made waves and was reposted by many. The video was in form of a scripted comedy video but people have a lot to say about it

Many fans have reacted to this video of Ikorodu Bois carrying Nino B. Maka in a wheelbarrow. The majority said it takes humility for a figure like Maka to display such an act.

I have known Ikorodu boys for a very long time. Right from when they had only 10 posts on the Instagram page. Back then, their content was not really appreciated but they never gave up.

They kept fighting till they won and I think this is a big lesson to anyone. work hard and pray, surely you will win