A controversial post has been trending on social media. People have been understanding the post differently. It is about a woman who baked a beautiful cake to celebrate her housemaid on her birthday but what she wrote on the cake has drawn so much attention and got people talking. 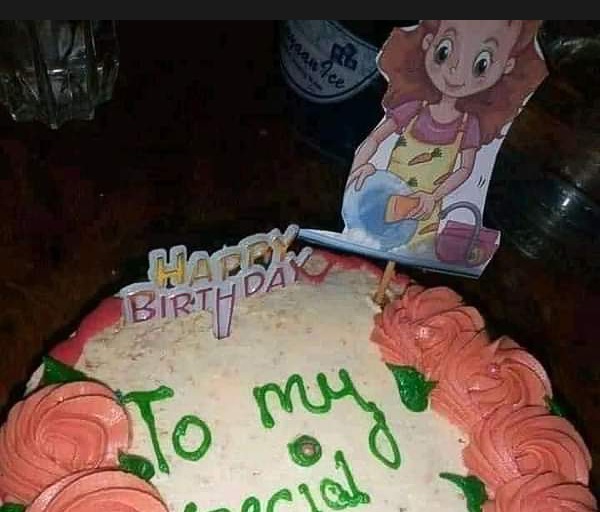 I feel indifferent about the whole thing. Before I criticize this woman, I want to praise her first for knowing that maids should also cut cakes on their birthday. I want to appreciate her for celebrating her maid to the extent of buying a cake for her. But for the write-ups, I don’t know how I feel.

Someone had already said she put it up for the media, for people to see it and shower her praise. Others said the woman has a spirit of pride in her. Some have also criticized her for being arrogant.

If I were she, I would just write a ‘happy birthday’. This would have been enough or attaching her real name on the cake but attaching the title is belittling. This is my thought.

This is the full image of the cake and the write-ups. What do you think? Is the woman right or wrong? Is there anything wrong with what is written on the cake? If you were the maid, will you feel at ease with this title on your birthday cake? 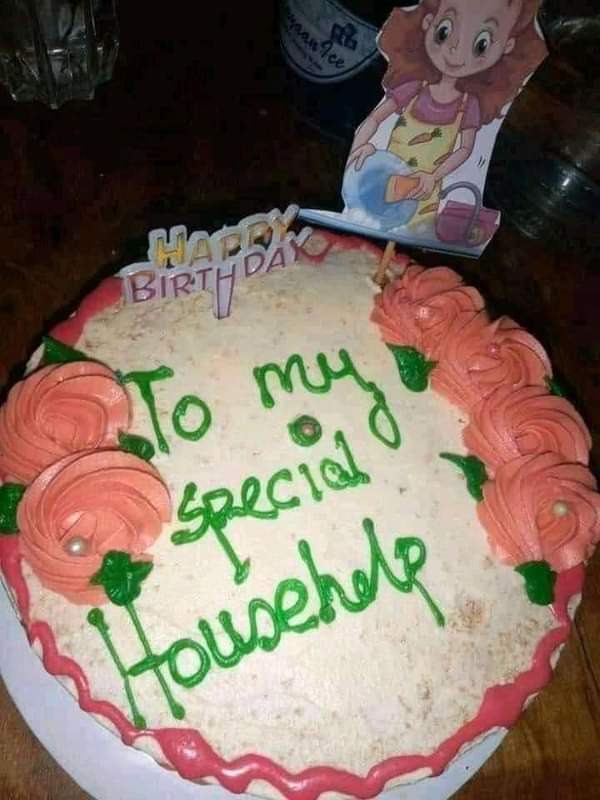 This cake was posted on my Facebook group and this is the screenshot of what people were saying about the cake and the write-up. 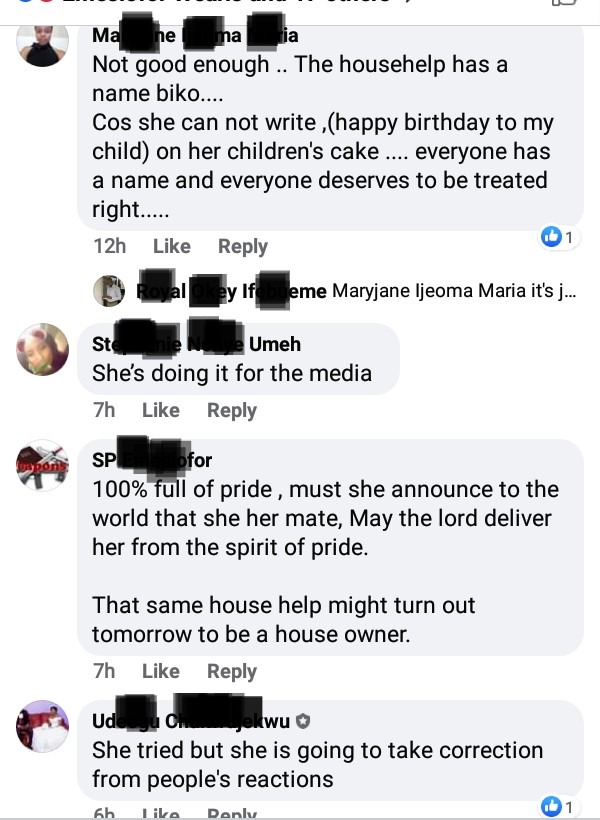