24-year-old silent killer caught in Oraukwu Anambra State. See the photos of a young Boy who made confessions about how he poisoned 12 people during Christmas in his hometown. 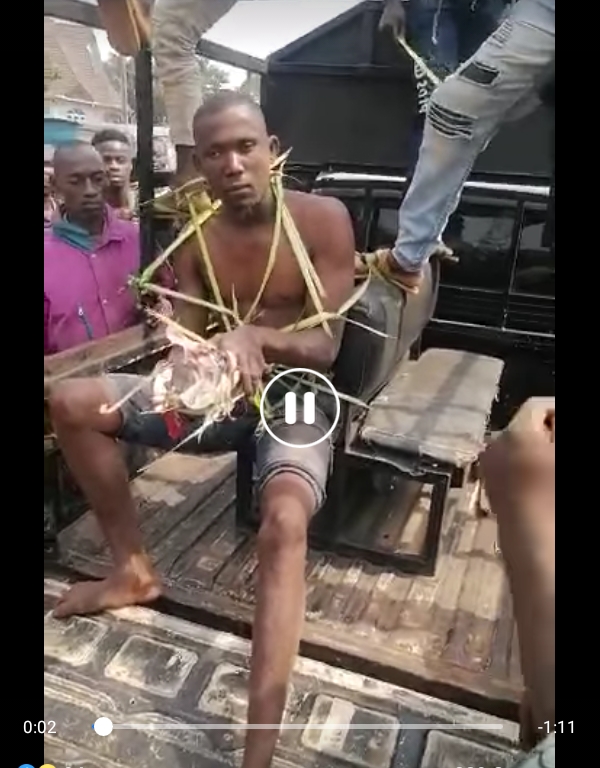 A video of a boy named Onyeka from Oraukwu in Anambra is going viral on social media on his confession on how he poisoned 12 people during December and New year celebration.

These numbers are just a few people he poisoned during Christman. The “Silent Killer” as he nicknamed himself confessed that he uses charms to kill and poison the villagers, including his friends. It was revealed that at 18 years, he killed his best friend because of a girl.

The brother to the dead boy told the public that when his brother was in the sickbed if the light went off, he would be restless. He would be screaming the name of Onyeka, asking him to leave him alone. He said he continued making the struggles until the day he died.

The family wasn’t suspicious of Onyeka because they saw him as an innocent child who didn’t know what evil. They didn’t he is the devil.

Today, Onyeka’s cup has filled to the brimmed. He has been caught. He was taken to the house and charms and poisonous fetish items were found in his room. Evil will never reight forever.

Finally, people should be careful how they move around and how they relate with friends. No one should be trusted. It is no longer the old men, it now the youths. god have mercy!

Meanwhile, for policy reasons, I am not able to embed the video in this post. But you can follow the link below to watch the video.

The video of 24-year-old Onye from Oraukwu in Anambra goes viral on social media on his confession on how he poisoned 12 people in December during Christmas and New year celebrations.