10 Most Hilarious Vuthela Blow Fire Challenge. Vuthela or blow fire challenge from South Africa is about blow fire for the cooking pot as the name implies. The challenge is all about calling back the memory of the good old days when foods were cooked on firewood.

Not only that. It is about when women stoop or kneel to blow the fire so the flame will keep burning out from the cooking firewood. That is what the bendings are all about.

Social media are now serving as gateways to all manner of shows. There is nothing we will not hear and see on social media in this generation. It is about one challenge upon another. We have heard about #Handwriting Challenge.

Sometimes last year, #Bald head Challenge trended. One of the recent ones was #We_wey_Dey_Cheat_On Our_Husband challenge.

This last challenge I mentioned above ended in premium tears for some people. Some women who participated in it have lost their marriage to something they couldn’t give an explanation to.

What is Vuthela Challenge or Blow Fire Challenge?

Just as the meaning implies, blow fire challenge, the person will have to stoop low, kneel low to blow the fire. But the challenge has turned into something else. it has become another thing.

Young ladies are hilled by this challenge as they use the opportunity to showcase their naturally endowed backyard. Not only that, it has become an indirect bedroom show. That is, when you look at some posings, you will fear for your head.

In this post, I will show you the 10 most dangerous but hilarious Vuthela. But before you open these photos, get ready to scream. This is because some of them will make you scream. 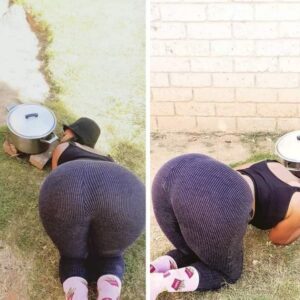 This Anty just wants to show us her Federal might. The Challenge is cooking with firewood or charcoal. Now, where is the black pot? Where the smoke?

The thing just blocked every view. Vuthela kii you there. 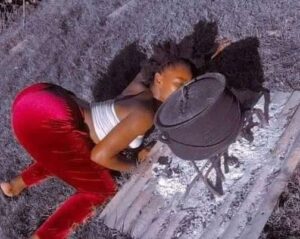 The challenge says; show us how you make fire with firewood but you are showing us another thing. Am done here. the posing weak me. 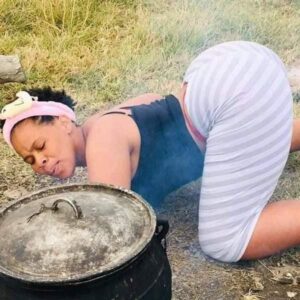 One question no one has given the answer to is why those who are in the challenge have to erect their waist and shoot out their butts upwards.

The Sister is erected in the challenge. 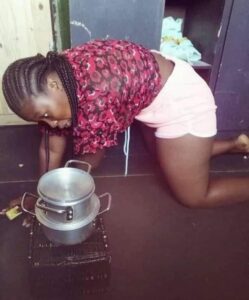 Common blow fire challenge, my sister went and invent her own. They said firewood, she brought out a meat roaster.

To worsen it, her posing no be for here. Have you seen a he-goat getting ready for a she-goat? That is how she posed for her own challenge.

No. 5: Blessed Among Women 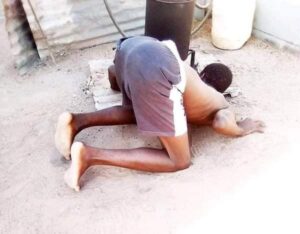 This is the only uncle that I have seen so far participating in this challenge. The women have monopolized it and turned it into another thing.’

Jokes apart, this is what Vuthela Challenge should be. Uncle has won the trophy for the challenge. 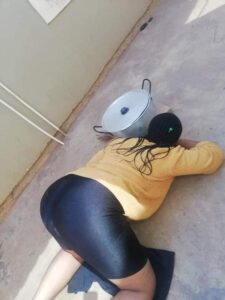 On top of that, Anty gets the mind, spread a cloth on the ground, and knelt on it. Oya, gerrup! You Failed! 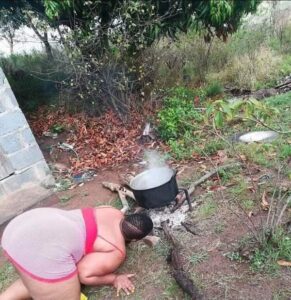 When a bad thing is in someone’s mind, you will always know. This just common Vuthela, make and blow firewood. This, my sister, brought nudity join.

One last question, what is the quadrilateral distance and dimension between this Anty and the fire she is blowing? Any mathematician in the house? 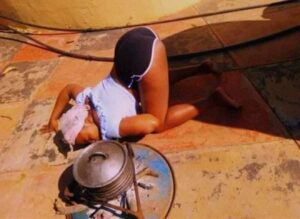 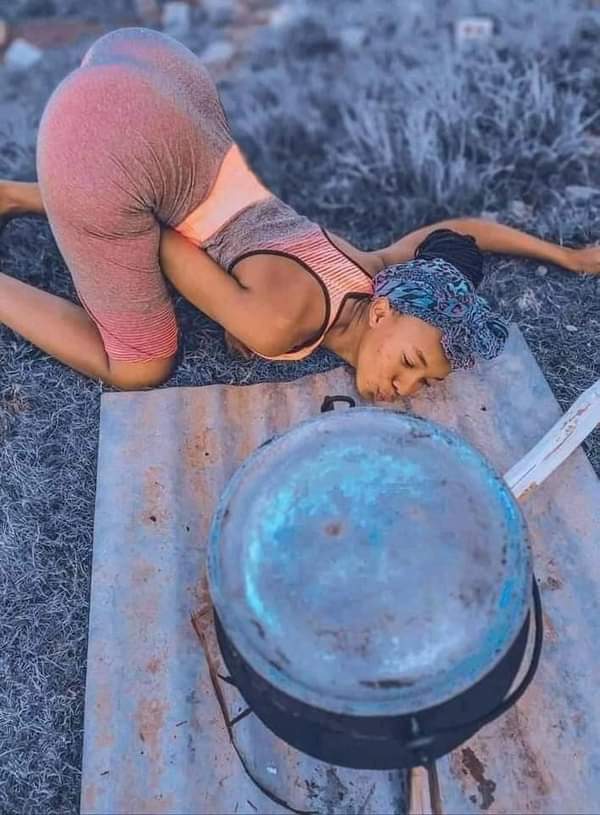 The main thing I have observed is that all of these people causing volcano eruption in this #Vuthela Challenge are faking it. They all have ulterior motives.

All they wanted was to flaunted their endowed backside in a horrifying manner. Or, what will you call this last one?

The Summary on 10 Most Hilarious Vuthela Blow Fire Challenge

Now that you have finished seeing all the hot vuthela challenge pictures and you have been entertained somehow. what is your view about this Vuthela challenge? Does it what it?

Will you encourage your sister or daughter to participate in this kind of challenge? Kindly, drop your opinion in the comment box. Also, remember to accept the Notification push so that you can get our story direct when we publish.