Where is Fr Ejike Mbaka? The popular Enugu-based Roman catholic Reverend Father, Fr. Ejike Mbaka has been declared missing. The worshipers who attend prayers in his adoration Ministry went berserk this morning when the news of his disappearance was announced. He was nowhere to be found in the adoration ground.

To demonstrate their anger, the worshippers took to the streets in protest of their missing Priest. No one could account for his whereabouts.

BBC Igbo News was live at the scene and captured the ongoing protests. According to social media users who followed BBC Igbo News Live Video, some said Fr. Mbaka has been whisked away by the men of DSS.

Some also said the DSS got Mbaka through his Bishop. It was alleged that the Bishop of Enugu Catholic Diocese invited Mbaka. When the unsuspecting Fr. arrived, the already waiting DSS whisked him away.

Whatever being the case, worshipers at his Adoration are frowning at the sudden disappearance of their Priest. At the time of filing this report, some other worshipers have taken the protest to the Government House in the Independent Layout, Enugu.

Meanwhile, 70% of those who commented on the live video by BBC Igbo are rejoicing over what befell Fr. Mbaka. Some said it is the smoke he fanned that is blinding him.

He was reminded of his role during Goodluck Jonathan. But his die-hard followers are always there to tongue-lash his attackers.

You should recall that Fr. Ejike Mbaka has been in the frontline of the Buhari-led Administration. It was in his adoration ground that he told the worshipers that Goodluck Jonathan, the then President of the country, has brought the country bad luck. He also said God told him to support Buhari.

Fr. Mbaka was also at the forefront of Imo State Governorship politics. He gave a controversial prophecy about Hope Uzodinma becoming the new Governor of Imo State which eventually happened within the shortest time frame.

Recently, Fr. Mbaka and Muhammadu Buhari are locking horns, and blackmails upon blackmails have been reeled out by the two opposing sides. And Fr. Mbaka prophesied again. But this time against Buhari.

In response to the prophecy of doom, the spokesman to the Presidency opened a can of worm. He called his prophecy fake and an empty threat alleging that he was denied a contract in Aso Rock which was why he suddenly changed the tune of his music (prophecy).

See Screenshots of the Protests in Adoration, Enugu covered by BBC Igbo News 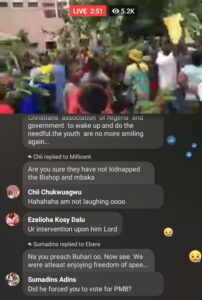 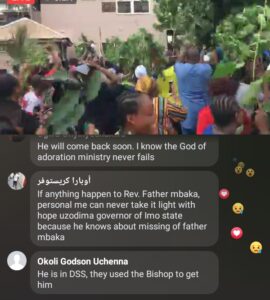 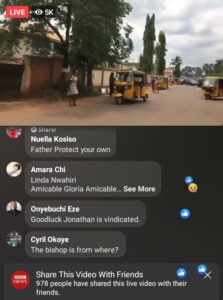 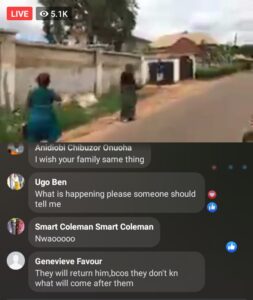 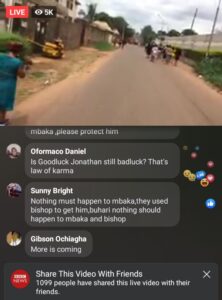 But the question is, where is Fr. Mbaka? Is Fr. Mbaka missing?