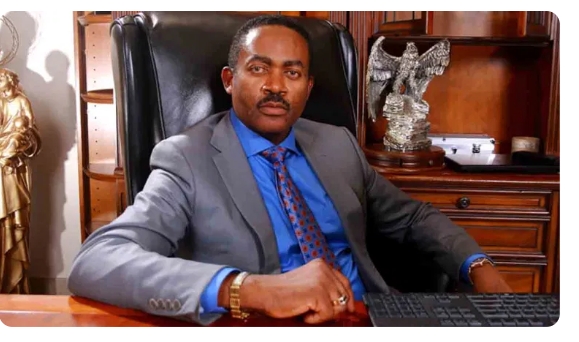 How much do you know about this fast-rising Anambra US-based Politician? His name is Dr. Godwin Maduka aka Lion of Africa (Okeosisi Orumba). He is a businessman, a practicing medical doctor, and a philanthropist.

You can read the biography and net worth of Chief Godwin Chukwueloka Agbasimelo aka Oga ndi Oga.

Godwin Maduka was born in the family of Maduka in Unuchukwu, formerly Nkerehi, Orumba-South LGA in Anambra State, Nigeria. His father was a popular traditional Doctor and his mother, a petty trader.

Dr Godwin Maduka attended his Primary school education at Nawfia Comprehensive School, Umunze where he obtained his First School Leaving Certificate. He had his Secondary education at Saints’ Grammar School in Umunze.

Upon graduating in 1988, he worked as a Pharmacy Technician, and he received another scholarship to study Medicine at the University of Tennessee, where he completed his internship and thereafter graduated in 1993.

After his graduation from the University of Tennessee, he proceeded to Harvard Medical School and Beth Israel Deaconess Medical Center for his medical training and residency in Anaesthesiology, Critical care, and pain management. After all this, he graduated in 1997.

In 1997, Godwin Maduka moved to Las Vegas, where he got a job and was paid $8,000 as an advance payment. There, he worked as an Anesthesiologist at Desert Spring United Methodist Church Hospital. He also worked at a few hospitals, before proceeding to start his own practice at Red Rock Medical Group, Nevada: 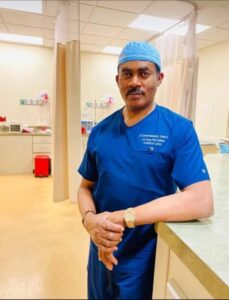 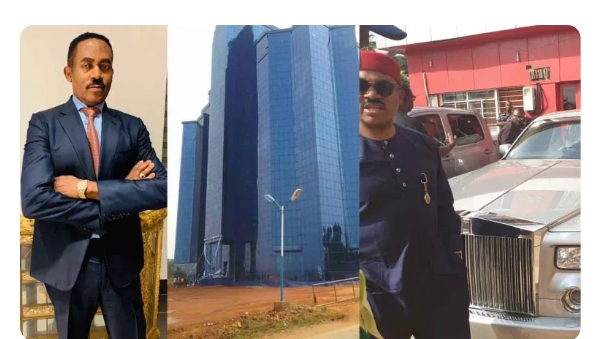 Dr. Godwin Maduka is a Clinical faculty supervisor and adjunct Professor of pain management and Anesthesiology at Touro University in Nevada. He is also a Clinical Assistant Professor of Surgery at UNLV School of Medicine.

Godwin Maduka was able to attain this level of his career due to the roles his uncle and younger brother played in his life. When he gained admission to study medicine at the University of Port-Harcourt, he could not proceed as a result of financial constraints. Through his friend, got the opportunity to study at Rust College on a scholarship. But he couldn’t still go.

This was because the scholarship he received could only cover half of his tuition. But with the help of his younger brother and his uncle, he was able to move to the United States. That was how he succeeded in his medical career.

Dr. Godwin Maduka is a philanthropist. He has achieved so many for himself, his Orumba Community, and Nigerians. See the Lists of some of his achievements:

Godwin Maduka is married to Stella Maduka. The number of his biological children are 5. This is to say that he has five children.

What is the Net worth of Dr. Godwin Maduka? He is worth about $1.2 Billion dollars.

Dr. Godwin Maduka is one of the strong forces in Anambra politics. It is rumored that he may be the next Governor of Anambra State if all things being equal. From his academic history, we now see the reason why he promises to build 50 universities in Anambra State and gives the indigenes scholarships if he becomes the next governor.