Many are lovers and ardent viewers of Wrestling especially as it concerns World Wrestling Federation. Some people can do anything and go any mile to watch this interesting and entertaining program. You may not understand what  I am saying unless you are a lover of wrestling. 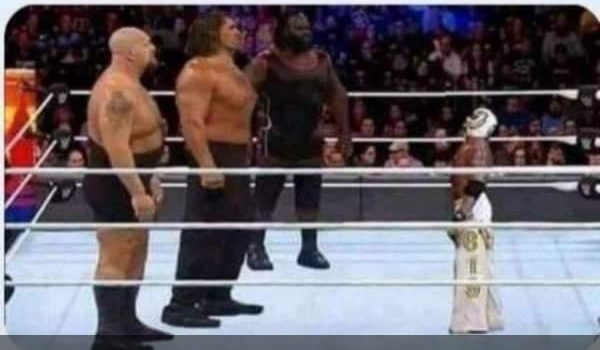 A woman says her husband is ready is to miss church service each time wrestling is going on any television station whether new wrestling or televised. But that was then. Things have changed a lot.

This undying love for wrestling was when it still retained its old name, World Wrestling Federation. Things have been watered in the ring after it was renamed the World Wrestling Entertainment WWE.

I was on the bus when someone asked his friend if he still watches World Wrestling Entertainment. The man laughed and gave a candid reply.

He said he stopped watching wrestling when Rey Mysterio won the 3 giants we saw inside the wrestling ring in a match and left with the belt. Immediately I heard him said that I turned. 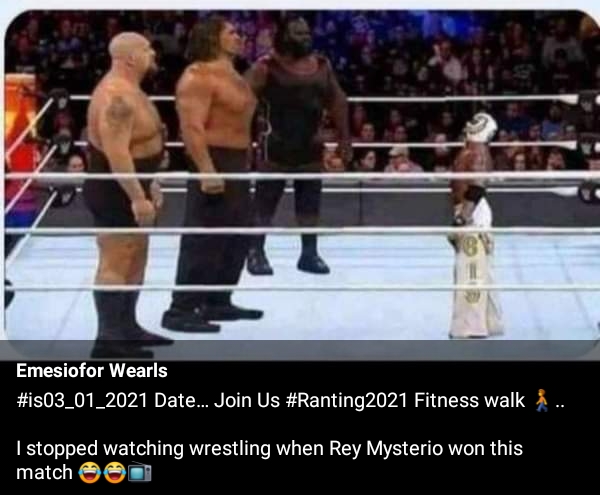 That was me. It’s been a long I gave my eyes to the show. I followed that wrestling where Rey Mysterio fights with Big Show, Big Daddy, and Alberto Darion. The moment he won the three giants, I raised my hands for Oyinbo film tricks.

Do you still enjoy wrestling? Or are you having the feeling of being played like the man who gave the hilarious reply? What did you see in wrestling that makes you think so? Follow us for more great posts.