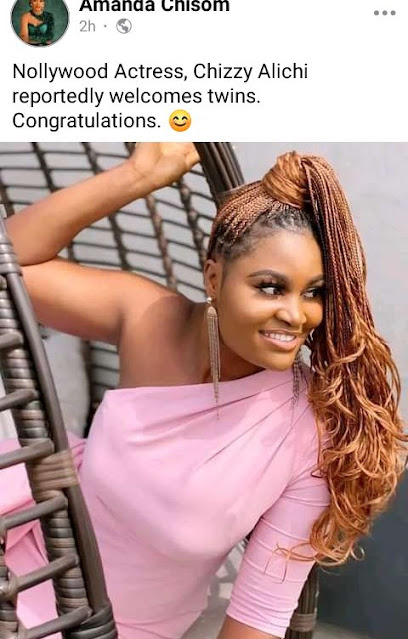 Chizzy Alichi is a well-known Nigerian actress, model, and businesswoman who gained notoriety for her outstanding performance in the 2010 film Magic Money. She has amassed a substantial amount of cash as well as an amazing social media following thanks to her great acting career.
Recall that in April 2022, Chigozie Stephanie Alichi, aka Chizzy Alichi-Mbah revealed that she and her husband, Chike Ugochukwu Mbah, are ready to start a family.
Chizzy got proposed to by her boyfriend in September 2019, and the couple married in her hometown in Enugu State in December 2019.
Following the elaborate traditional wedding, there was a colorful white wedding attended by friends, families, and colleagues, including Patience Ozokwor, Pete Edochie, and Ebele Okaro.
The actress previously stated that she would have children when the time was right, noting that her husband understands because she is focused on her career and family.
However, in a recent interview with Kemi Filani, she expressed her willingness to become a mother.
“I am a lover of kids. I want to have five children with my husband and they are coming soon by God’s grace.
“We are finally ready. I intentionally didn’t want to have kids immediately after marriage and the reason is personal,” she said. 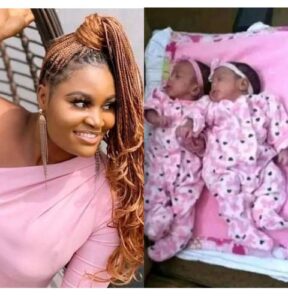 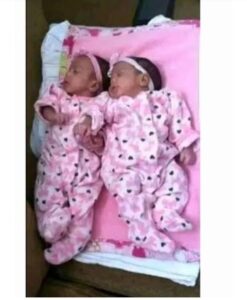 The renowned actress is more than just what you see on television. Compared to other actors and actresses of her age, Chigozie Alichi has accomplished more.

Chizzy Alichi’s Bio at a Glance

Chizzy Alichi is from Ezza Nkwubor Nike in Enugu East, a local government area of Enugu State in the south-east of the country (Nigeria). She is the youngest of two siblings. She made headlines in 2017 when she built a mansion for her parents.

Chizzy Alichi was born on 23 December 1993. She is currently 28 years old. She will be 29 in December 2022.
When was Chizzy Alichi born? On December 23, 1993, in the mining city of Enugu State, she was born.  In her family of three siblings, she is the last child to be born. Mr. and Mrs. Alexander Alichi, Chizzy Alichi’s parents, is a huge source of inspiration for her.

When did Chizzy Alichi got married to her husband? On December 26, 2019. The couple wed in Owerri, Imo State. The wedding was attended by Chizzy Alichi’s parents, in-laws, and friends, including Judy Austin, Eve Esin, Pete Edochie, Iheoma Nancy, Patience Ozokwor, and Ebele Okaro.

What state is Chizzy Alichi’s husband from?

Many people have referred to Chike as the ideal gentleman. What does the husband of Chizzy Alichi do for a living? A businessman, producer, director, and philanthropist, Chike Ugochukwu is also. With a staggering net worth of 8.5 million dollars, he is considered one of the wealthiest people in his native Imo state.

On the 1st of August, it was reported that Chizzy Alichi welcomed twins with her husband. This news is yet to be verified since it was not coming from the actress or the members of her inner cycle.

The actress from Nigeria epitomizes intelligence and beauty. She graduated from Enugu State University of Science and Technology with a Bachelor of Science in Agriculture Engineering. However, she dabbled in acting when she was a student, and after graduation, she made the decision to pursue a career in show business.
Chigozie Growing up, Stephanie Alichi’s passion for performing was obvious. However, she started her career in Nigeria in 2010 by signing up with the Actors Guild. She began appearing in little roles after going to auditions before becoming well-known in Nollywood. She applied for a role in a movie and was given her first acting opportunity in the film Magic Money.
Yul Edochie, a veteran of the entertainment industry, directed the movie, which starred Mercy Johnson and Bob-Manuel Udokwu. She became more well-known after appearing in the successful film The Drop of Blood. Chigozie got the best new actress of the year award for her outstanding work in the film. The stunning, gifted, and imaginative actress has appeared in more than 70 blockbuster movies to date.

She stumbled into Nollywood in 2010. She joined the Actors Guild of Nigeria at random, applied for a movie role, and landed her first acting role in Magic Money, a film starring Mercy Johnson and Bob-Manuel Udokwu. The film Akaraoku, which means “hot Akara,” directed by Yul Edochie, was a watershed moment in her career.
When people assumed the actress was an Akara seller, the movie poster went viral on social media. As a result, she appeared in more films in 2017.
Below is a list of some of Chizzy Alichi’s movies:

As a result of Chizzy Alichi’s good performance, the famous actress has achieved a lot in her career. Besides an incredible following on her Instagram page, she has also won and been nominated for prestigious awards.
Some of the awards she has won include: Best New Actress at the City People Entertainment, Awards Most Promising Actress at the Africa Magic Viewers Choice Awards, Best Actress in a Supporting Role at the Africa Movie Academy Awards, etc.

As of 2021, Chizzy Alichi’s estimated net worth was $350,000. With her riches, Chigozie has been able to live an opulent lifestyle and give her parents a mansion.
Chizzy admitted that building her parents’ home was a fulfillment of a dream when questioned about why she did it. She stated that she had been depriving herself of many things to save money for the house ever since she was in school. She does admit, though, that even in his wildest dreams, her father never imagined that such a thing would exist on his property.
Article Source: Hymnslab