For those who do not know the real name of the estranged wife of the King of Ile Ife (Ooni of Ife), Ex queen, Olori Wuraola, Prophetess Naomi, her real name is Queen Naomi Silekunola Ogunwusi. Before her marriage to the highly revered Oba, she is a Nigerian Prophetess and model. She became popular after getting married to the King of Ile Ife; Oba Adeyeye Enitan Ogunwusi in 2017. However, the marriage hit the rock in 2021. Biography of Queen Naomi Ogunwusi, Divorce, Age, Family, and Net Worth.

This article will answer every question concerning Queen Silekunola Ogunwusi who was Olori of Ife and the formal wife of Oba Adeyeye Enitan Ogunwusi, Ranging from her Background, Education, Age, Divorce, Religion, marriage, and current Net Worth.

⇒   Read about the Biography of Aloma Isaac Junior aka Zicsaloma, Net worth, Family, Age, and Career

Who is Olori Naomi Silekunola?

Olori Naomi Silekunola is a formal Queen of the Highly respected King in the Yoruba kingdom; Oba Adeyeye Enitan Ogunwusi. She was the queen of Ile-Ife until recently when she announced her separation from the monarch. She made this known on her Instagram social media account on Thursday, 23rd of December, 2021.

Olori Silekunola is known to be a Prophetess and a model before her marriage to the King in 2017 after the king’s failed marriage to Queen Wuraola.

Olori Silekunola Naomi became the talk of the town barely a week after she was announced as the next Olori of Ile-Ife. This was as a result of her religion which many people believe that a Prophetess should not marry a king in Yoruba land due to some undisclosed reasons. Olori Silekunola however proceeded to become the King’s wife in October 2018. This made her become the Yeyeluwa of the Yorubaland.

Queen Naomi Ogunwusi was born to the family of Mr and Pastor Mrs. Funmilayo Grace Oluwaseyi. She was born and raised in Akure Ondo state.

Naomi happens to be the third child of the family of Seven. She has six siblings with 2 elderly siblings and 3 younger siblings.

Queen Naomi attended Omotola Nursery and primary school in Akure for her elementary. She also attended Akure Academy for her secondary education from where she proceeded to Adekunle Ajasin University where she studied social studies. However, it was gathered that she had to drop out of school at the age of 18 to pursue her evangelism work.

Queen Naomi is a Prophetess. She still bears this title even as she was married to the King. She became a full-time evangelist in October 2011 after starting a public ministry at the age of 18.

She is the founder of En-Heralds— an inter-denominational ministry based in Akure, Ondo state in Nigeria. One of the things that raised dust and gave her followers concern after her marriage to the Ooni of Ife was how she was going to combine her Christian religious belief with that of the Yoruba Kibngship deity.

Queen Naomi displayed her philanthropy side when one of the the-then Endsars protesters, Kemi Ogunniyi, delivered her baby while still in police custody. The scenario had a queen present while the child is being christened.

Olori who talked about how she was touched because of the circumstances that surround the birth of the baby, gifts the family baby items and foodstuffs as part of help she could render to the family.

Silekunola got married to the monarch when she was only 25 years old. Coming about 14 months after the king’s marriage to Queen Wuraola hit the rock.

She was brought to the palace after the traditional marriage which took place in her hometown; Akure, the Ondo state capital.

While doing this, The Ooni of Ife quickly took to his official Facebook page to welcome his bride to the palace. Where he made it known that it has been made possible.

“I waited patiently upon the Almighty the King of kings, he eventually did it in the midst of many trials. Shilekunola, Moronke, Naomi; the greatest Arsenal you can apply on this highly revered throne with many rules and regulations in the midst of undiluted tradition, heritage, and culture is the “Fear Of God In You”, which is the beginning of your wisdom on this throne of Oduduwa. You are welcome home my beautiful and adorable queen. #OoniOfIfe #Otisese” The king said.

How many children does Naomi have for the Ooni of Ife? The marriage between Olori Silekunola and Ooni of Ife was blessed with a boy; Price Tadenikawo. The couple welcomed their first child together in November 2020.

Was Olori Silekunola a Mother before her marriage to the King?

After welcoming their first son, Prince Tadenikawo, on November 18, 2020, there were speculations and rumors that Olori Naomi had a daughter before she became the Queen of Ile-Ife. However, the queen debunked the rumor and made it clear that the assumed daughter of hers is her niece and not her biological daughter as many have believed.

She made it known that prince Tadenikawo is her first child and the claim is backed up with medical evidence. In her words;

“I have never been pregnant all my life before Tadenikawo; my son is my first ever pregnancy with medical reports to back it up. The girl who is said to be my daughter is my niece.”

Olori Naomi announced separation from Oba Adeyeye Enitan Ogunwusi on Thursday, 23rd of December, 2021. Denouncing the title of Olori of Ile-Ife, Silekunola took to her Instagram page to express gratitude over her marriage which lasted for 3 years. This is coming after she claimed to have tried her possible best to make the marriage work but seems not going as it should.

While making the announcement, She cited how she refused to continue being a slave to thoughts of perfection and how she would only like to be addressed as the queen of the people and not the queen of Oni of Ife.

“Today I announce the beginning of a new dawn and the close of a chapter. Today, I am a mother to God’s unique gift. I am no longer a slave to my thoughts of perfection. I, at this moment, announce that I shall no longer be referred to as wife to the Ooni of Ife or as Queen of lle-Ife but as the Queen of the people and mother of my adorable Prince”.

People are asking about the financial Net worth of the estranged wife of the Oba of Ife. Queen Naomi’s net worth is not available at the moment of writing this article. However, with her position as a former queen of Ile-Ife, We can conclude that Queen Silekunola is worth over $500,000 (257,000,000.00).

Photos of Prophetess Naomi, former Wife of Ooni of Ife 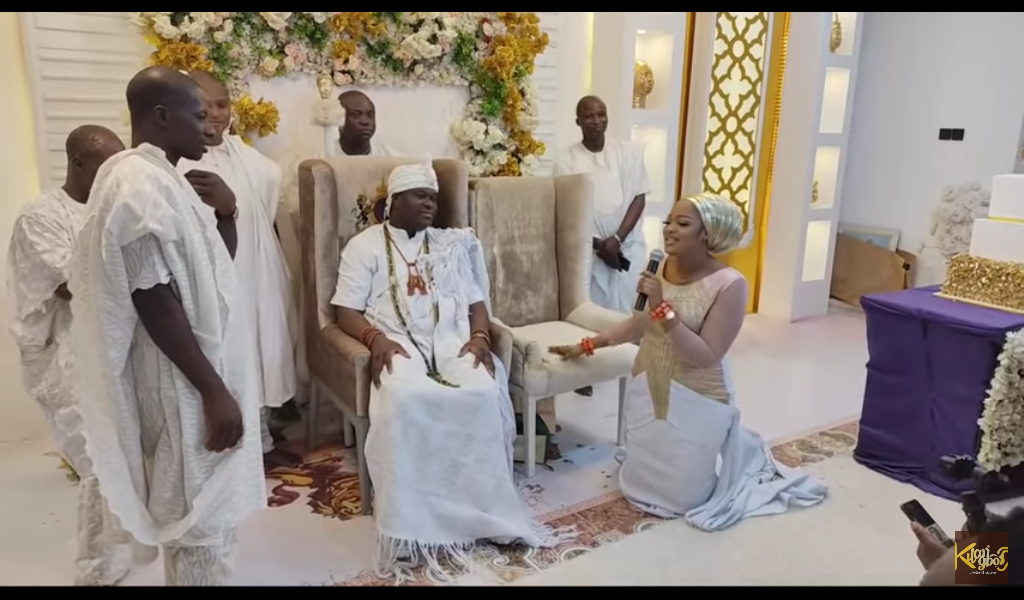 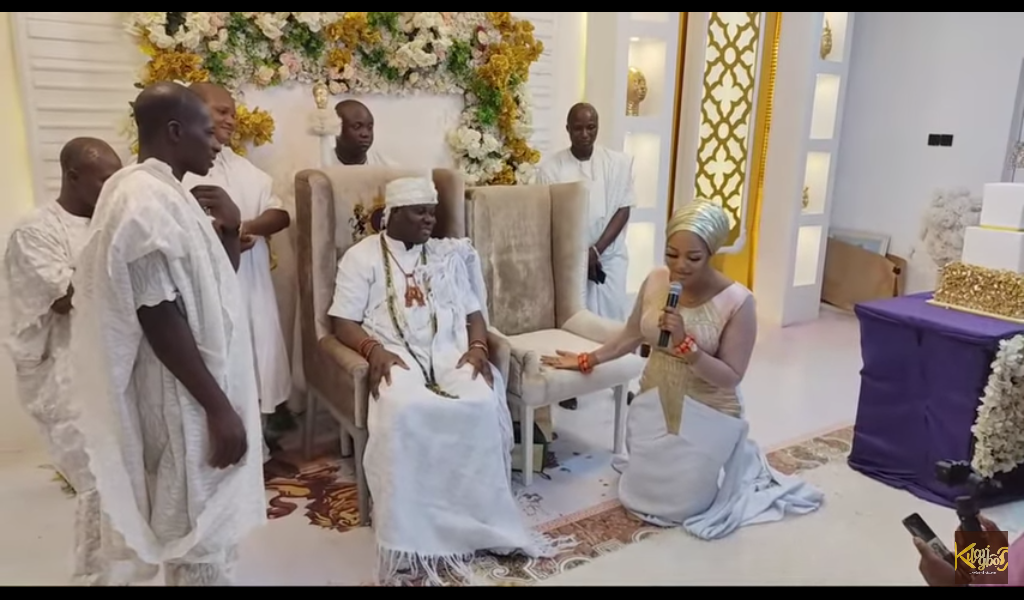 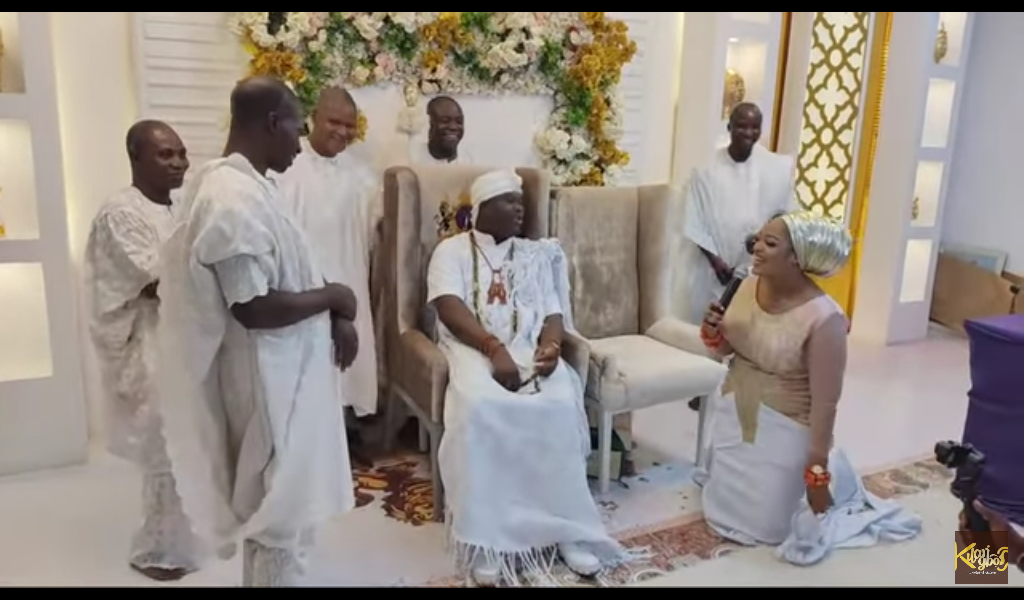 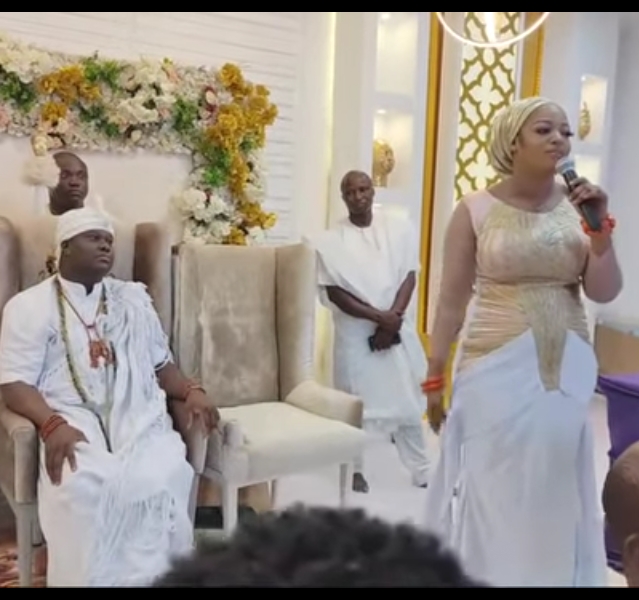 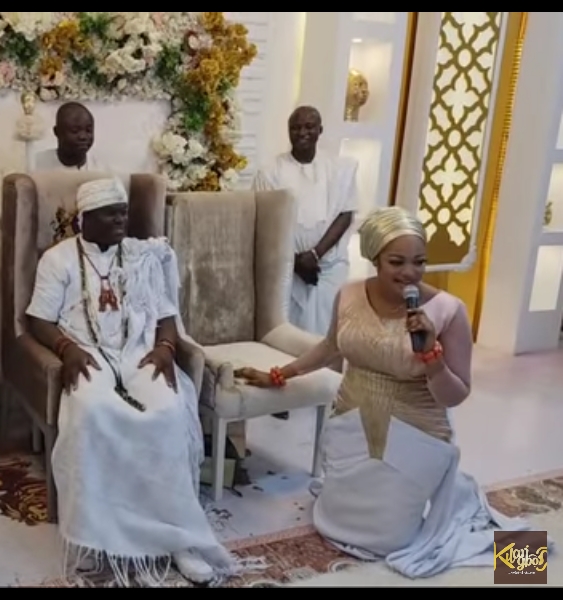 He owns and blogs @ amazingtips4u.com