(Video) Traditionalist placed Money on the Head of Rev Fr in Cubana Mum’s Burial. A controversial video has been trending on social media which surfaced from the burial ceremony of Obi CUBANA’s MUM in Oba, Anambra State.

In the video, a man who appeared to be a traditionalist was seen placing foreign money on the bald head of a Rev. Fr who was fully dressed in his regalia. People who watched the video have reacted differently.

Obinna Cubana Mum’s burial is over but tails of the events and surprises that occurred during the burial are still selling. The recent is the controversial video of a man who appeared as a Chief priest spreading foreign notes on the head of a Reverend Fr during the burial.

According to the original poster; she capped the video this way:

“Everything happened at Oba o…. Native priest using his left hand 2 spray a priest who after colection made the sign of d cross… Wondering if that sign was to make the money holy… O chim… Money!!! Money!!! Money!!! How many x did I call u.” 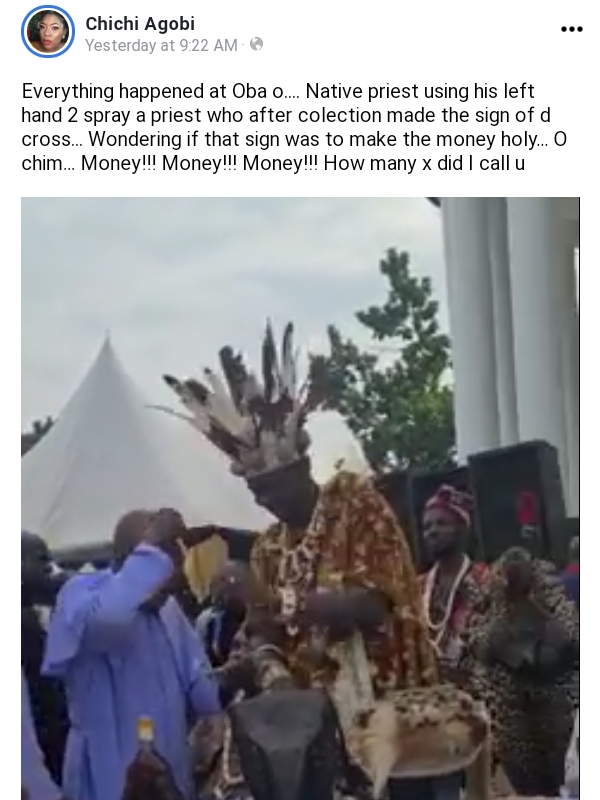 The video was shared on social media and it stirred many reactions. Many people are criticizing the native chief for spreading the money and touching the head of the ordained man of God in such a public gathering, with no regard.

However, some see it as nothing, pointing that the man in question is a king “Eze-uzu ichida” who lives abroad. The poster was heavily criticized, pointing that the person who was spreading the money is not a native doctor as her post suggested.

Read the reactions of the people on the video: 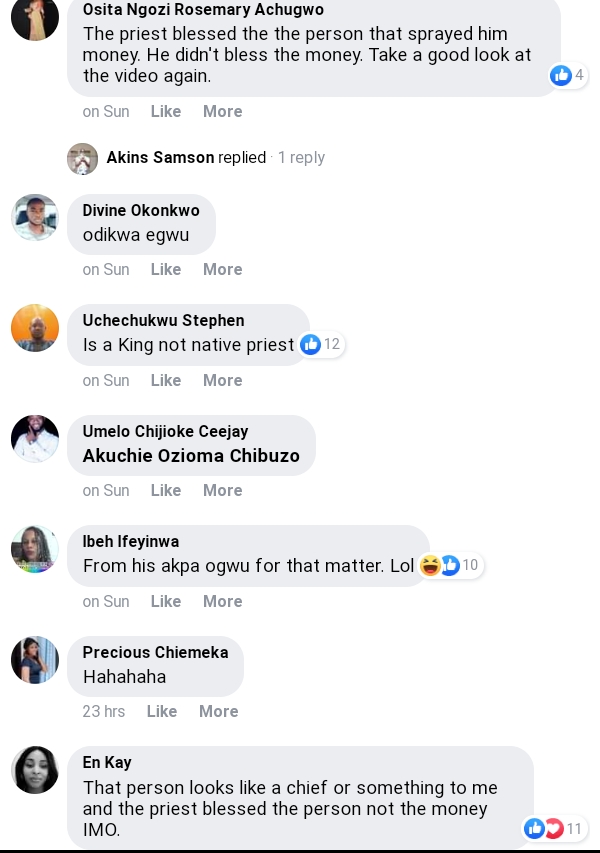 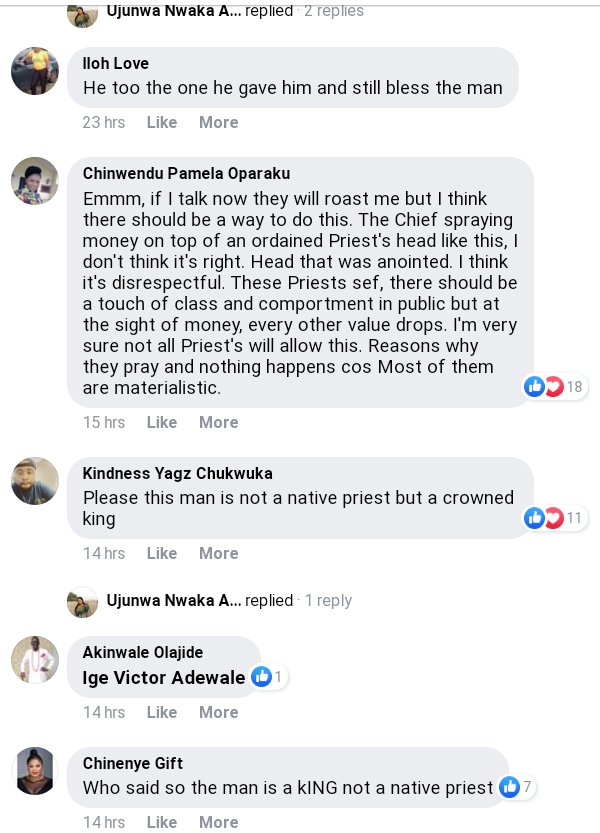 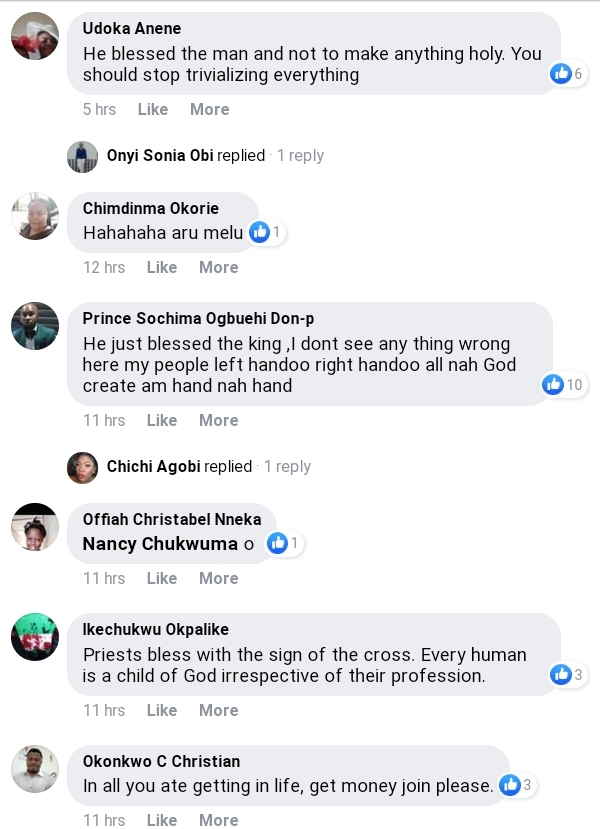 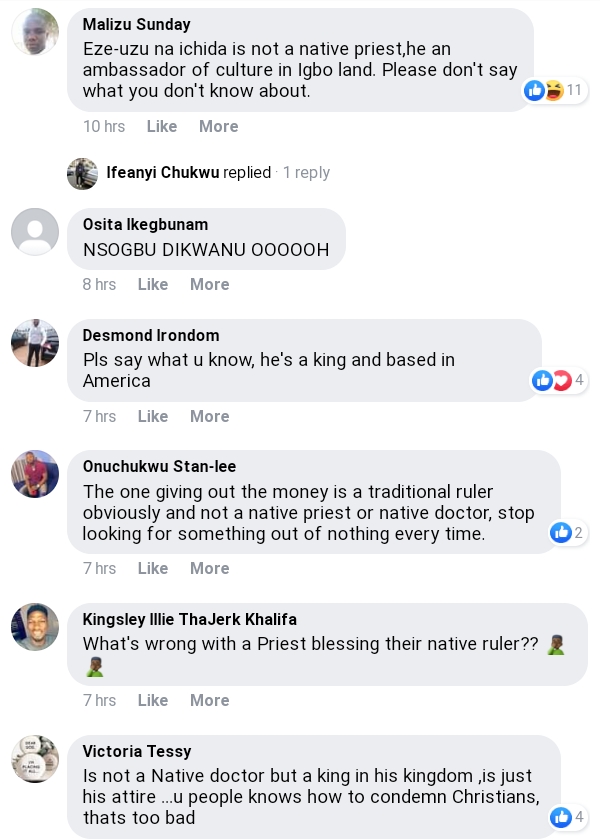 Meanwhile, from the video, the person spreading the foreign money is the traditional ruler of Ichida Kingdom aka EzeUzu- Ichida. He is known as an ambassador of culture. He is always seen around displaying traditional practices.

Eze-uzu is always followed around by an Eskimo (Dwarf) who rings the bell for him. So, from the video, what is your view? Placing money on the head of a Rev Fr or man of God in such an event, is it right or wrong? 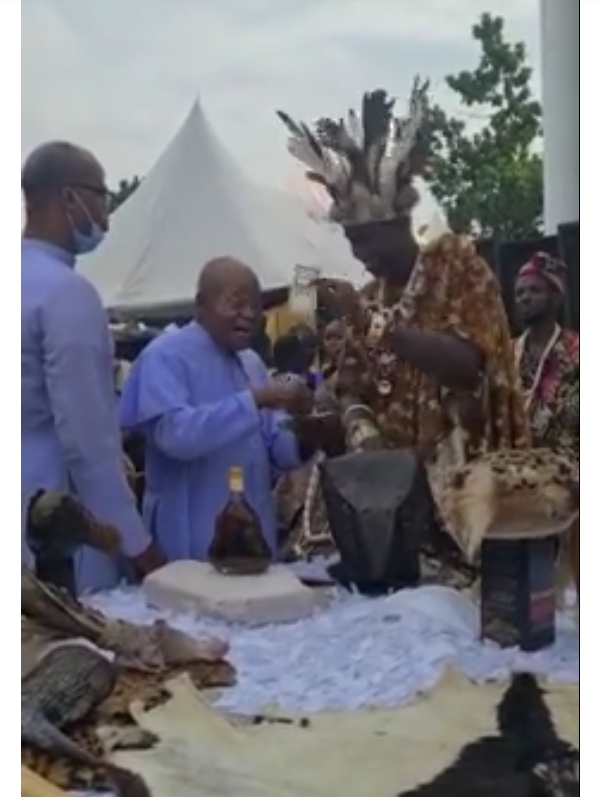 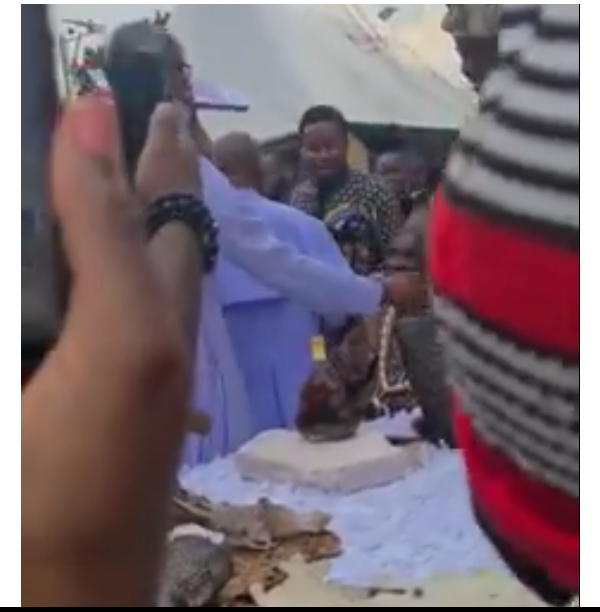 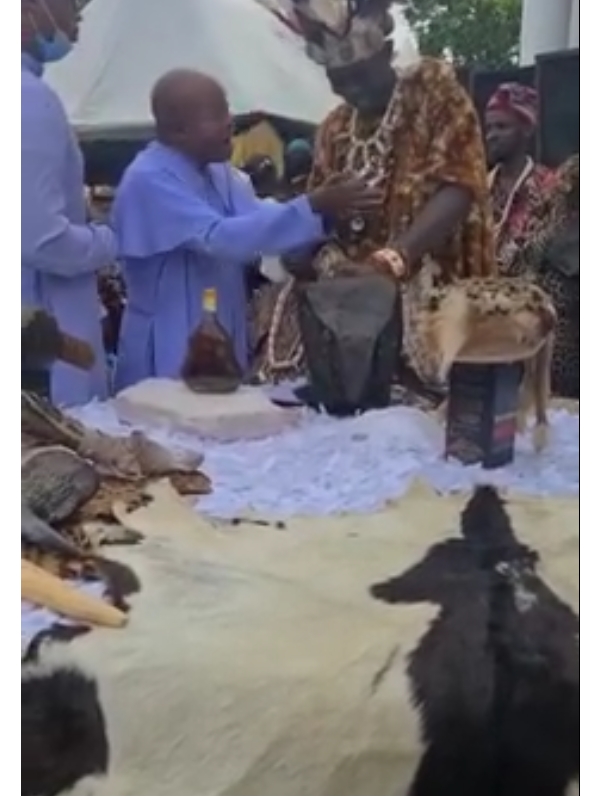