When you hear that someone is involved in an accident and cheated death, wahSee Accident Scene Where the Victim Cheated Death, what comes to your mind? It means that the accident victim was supposed to die. But he or she escaped death; no one knows how. See Photos of Accident Victim who Cheated Death.

I was afraid to look closely at the accident scene at first because I didn’t want to see blood and splashed flesh or skull. I was standing afar and panicking just like other women besides me.

I was moved to come nearer when I saw people at the accident scene waving to the sky. By now, they have formed a circle. A man was in the middle. The men were going to him to give a handshake. I took some steps and stopped again.

Pharoah Okadigbo died in an auto crash in Abuja. 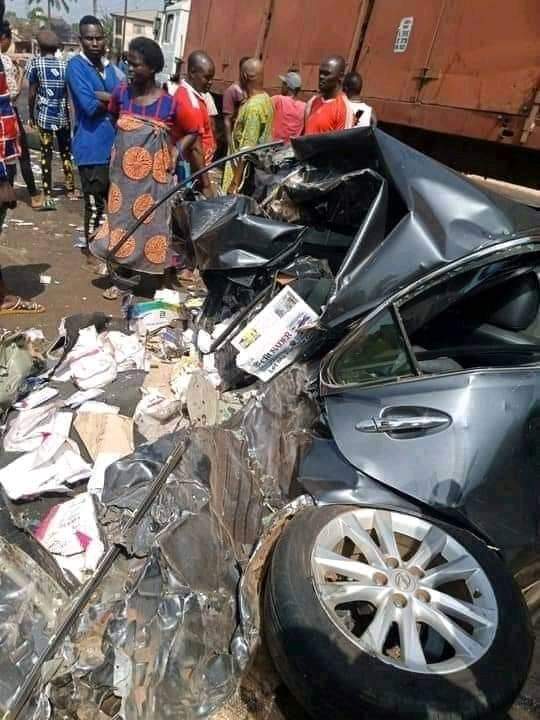 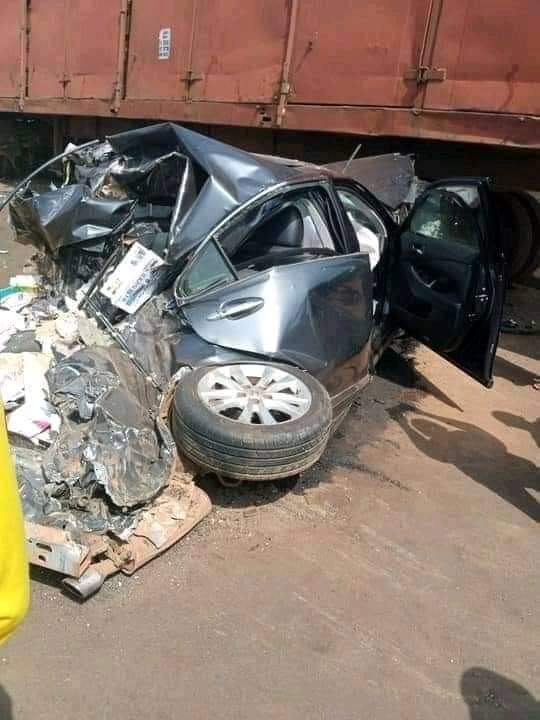 I didn’t have the courage to move further because I have convinced myself that the victim cannot survive in such an accident. I thought to myself that the man they were congratulating was among the rescuing team.

Some minutes later, I saw people moving away from the accident scene going to enter their vehicles. I asked one of them and he said; the only accident victim has come out from the smashed car. He is drinking a Coke.

I ran to the scene. I saw the man drinking his Cola. See the accident scene. This is the man who came out of this car. Didn’t he cheat death?

It is actually the hands of God. God delivers His people from all sorts of danger.