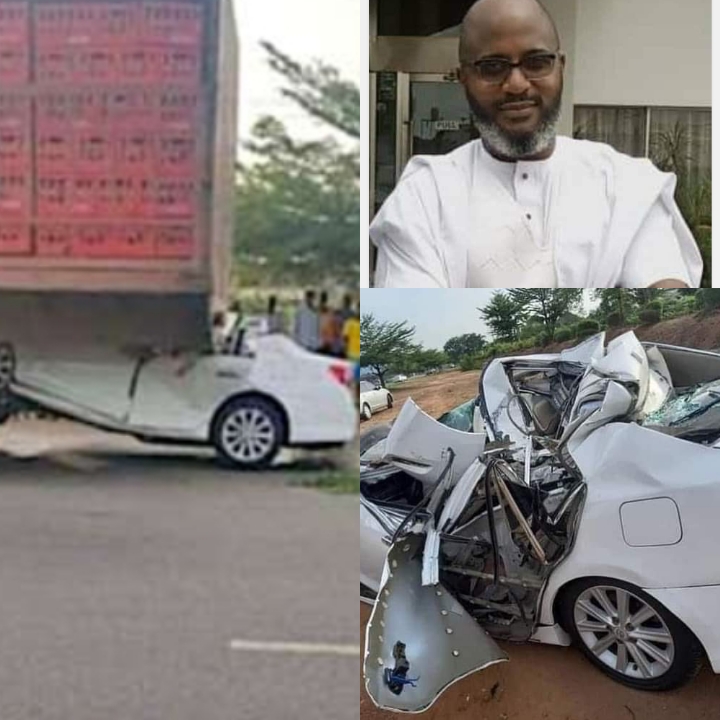 The former Senate President of the Federal Republic of Nigeria, the late senator Chuba Okadigbo has lost his first son, Mr. Chuba Okadigbo in an auto crash. The fatal accident which claimed was reported to have occurred in Abuja on Saturday night, 22nd May 2021.

He was said to be traveling along Abuja with his personal car at around 3 am before the accident occurred. This is sad news to the entire family of the late impeached Senate president and Nigeria as a Nation.

According to sources, Pharoah Okadigbo died in the early morning of Saturday. He was involved in a ghastly motor accident and died at the spot.

President Buhari has condoled with the family and sends his condolences. It is yet to be clarified where and why the late Pharoah Okadigbo was traveling to or from at that wee hour of the night.

Recall that the late Dr. Chuba Okadigbo was the former running mate of President Buhari under ANPP. Recall too that Nigeria is still in a mourning period over the death of 11 Nigerian Army personnel who died in a plane crash. The remains of their bodies were committed to mother earth including that of the Chief of Army Staff (COAS), Lt. Gen Attahiru.

These are the names of the Nigerian Army personnel who died in the plane craft crash:

Pharoah Okadigbo died in an auto crash in Abuja

Mr. Pharoah Okadigbo who graduated from the University of Nigeria Nsukka (UNN) was the first son of the late Senator Chuba Okadigbo. His father was a renowned and popular politician who climbed to the position of Senate President during Obasanjo’s regime.’

He was however impeached. His political career became even more popular when he took the mase of the Senate to his hometown, Ogbunike, and hid it in the Ogbunike cave.

The date of the late Pharoah Chuba Okadigbo is yet to be fixed by the family. RIP Pharoah.