You dont have javascript enabled! Please enable it!
Skip to content
ARTS
9jainformed
No Comments
Not all beggars are fake. Some are in precarious situations. After reading this story, you will never pass a beggar on the road without giving him or her arms, no matter how little it is. I have had a changed mentality about the beggars on the road after listening to a Priest’s begging experience and the ordeal he went through in the hands of people. This is a true story. It happened to a Priest in Enugu State. He is a serving priest in the Anglican Diocese of Enugu. 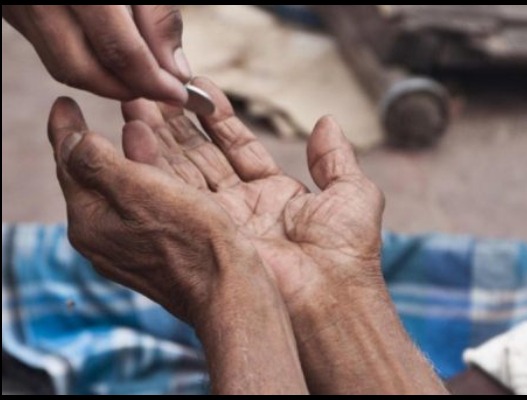 It all began one fateful morning. The Priest was given a new Jeep by a friend. In the same week when he was given a new Jeep, some grouped of boys walked into his office in the church while he was having counseling. The boys disguised as church members who came for counseling. When they went into the Priest’s office, they pointed their guns at him and ordered him to give them his car key.

He handed over his car key to one of them. Two boys left his office with the car key, leaving him with the guy who pointed a gun on his head. A few moments later, the guy ordered him to move. He told him they were going to where he parked his new car. He threatened to shoot him if he makes any funny move.

He entered the car and saw the two boys who left his office already in his car. They were already ignited and reversed to the gate. He was made to sit at the car owner and they zoomed off. When they drove to a lonely lane, one of them blindfolded him with two white handkerchiefs which he joined from the edge.

That was the last thing he could remember. After a very long drive, they halted and dragged him to a bushy path. He knew they were walking on a bushy path because according to him, even though he wasn’t seeing, his legs kept hitting on sticks and leaves.

They finally came to a place and stopped. That was when they removed the cloth from his eyes. They sat him on the bushy ground. By then, they have removed his trousers and shirt. he was left with a singlet and boxer. They removed his singlet and tore it. They used the torn singlet to tie his legs. They used the joined handkerchief to tie his hands at his back, on a tree.

When all these were happening, his Jeep was nowhere to be found. He was no longer seeing the third member of the gang. It was possible he drove away with the car. While they were doing all these, the sky was moody and dark. Heavy rain was imminent. The armed men were kind of confused by their facial expressions. They seem to be running from the rain.

According to my Priest, one of the kidnappers was screaming at the other guy; “Guy, I wan waa from here oo. This rain no go touch me o!” He was so serious as if when rain touches him, he will melt. When the first thunder strike, he ran leaving his partner behind. His partner hurried with the tying and joined him, leaving our Priest in the thick forest alone.

It was not long when they left, the rain began. It was heavy rain. When the flood began to flow at the spot where he was tied, the Priest began to struggle for his life. He screamed, but no one heard him. The rain was heavy and deafening. He began to wriggle his tied hands. He did it several times and noticed his hands letting loose. He untied his legs and began to run in no direction.

Finally, after a long trek and running, he made it out of the bush to the road. But the road seems to be more dreadful than the bush. The road is surrounded by two thick forests, side by side. His second ordeal began.

The rain was still dripping but not as heavy as it was when it started. The Priest was soaked to the dross. He was shivering. He managed to cover his chest with his torn singlet which he brought along as he escaped from the bush. He managed to tie the hands and fixed his head and hands. He actually looked like a mad man.

He began to wave on moving vehicles for a lift but none stopped. Anyone he waved at, increased the car speed, and sped off. He saw a tanker driver and waved at him to stop. The driver moved a little and stopped. He popped out his head from the window and said to the Priest in Igbo dialect; “Mr. man, that place you are standing is very dangerous. Leave there”. He this and drove away.

The Priest began another trekking, this time around, running and walking. His throat had begun to dry even when it was raining. He yawned for drinking water. He said he felt a fire inside his throat. He didn’t know how long he had been running or the time of the day. His wristwatch and phones were taken by the armed men. The weather was not helping matter because of the rain. All he knew was that he was in the office around 10 a.am before he was abducted. 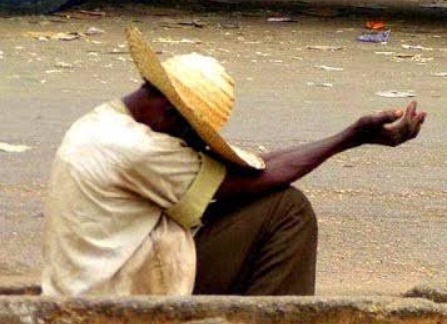 All he needed was just one thing. Someone who would listen to him and give him a phone to make calls. He needed to call his Bishop or wife. If he could put out calls to them and mention his location, his problem would end. Or, he needed someone who would give him money and direction so he can find his way back to Enugu. But no one gave him listening ears.

These two were impossible. No one wanted to listen to his story. Everyone he met on the road, branded him a fraudster who wants to implicate them by using their phone. Anyone who he approached for money called him a liar and lazy man. One of them told him he is tired of hearing a similar story.

The following morning, he began to beg for arms again. He was greeted with the same situation until he met an Okada rider (commercial motorcyclist). But before that, he has stopped begging for money or assistance. He would just approach people and pray with them. So, after praying with the Okada rider, he asked him why he dressed like that, torn singlet and a boxer. That was how he narrated his ordeal.

The Okada rider doubted him. He called on his fellow Okada riders and told them the story. Many of them began to laugh and taunted the Priest. But one offered him his phone on the condition that he would put the call in the speak out. When the Priest dialed the number of his Bishop and he picked, the whole scenario changed.

A moment later, a number called them back and addressed himself as the D.P.O in-charge of so so division. He said he received the order to call from the Inspector General of Police. Before you know what was happening, the Okada riders began to drag who would carry the Priest to the destination where the D.P.O asked them to come.

The Priest pointed at the man who gave him his phone to make a call. They drove to a Police station in that locality and he made a statement. The Priest asked the bike-man to park his car in the Police station and joined him to the town in his Diocese.

To cut the story short, the Okada rider was given money to buy a bus and he was also encouraged to help people. The Jeep was tracked and found in Portharcourt. The car was returned to the Priest. The master-minder of the kidnapping lived in the same street with the Priest. He and his gang were all caught.

But all these did not touch the Priest. He cries each time he narrates his begging experience to the church and said that sympathy has been erased from the hearts of mankind.

After listening to his story, I have decided to give arms, no matter how little it is to any beggar who approaches me. Some beggars are real, some are also fake. There is no way to dictate who is fake and who is real. For that reason, I will give help to anyone I see.

Android Apps on the Play Store by NjidemarsbooksNg

Marks on Your Palm; Meaning of Letter M in Your Palm

After She Gave a Mad Man Food in a Restaurant, Here is How He Made Her a Millionaire

(STORY TIME) I am a Daughter of a Failed Rainmaker. By Accident, He made me a Rainmaker

Art Wonders! See How this Girl Artistically turns Her Leg into Slices of Bread

4 Lessons From a Burning Cigarette Stick