People choose private schools over public schools for many reasons. In this post, we are going to shock you by revealing 5 Biggest Problems of Private schools in Africa. Believe the flamboyant billboard at your own peril. The rich also has their own head aches. Read also: Declining of Male teachers in Primary Schools – Causes

Private schools provide education to students who cannot afford to pay for it. As much as some of them charge exuberant fees, do they actually offer the best quality of education? This is a question we will answer in our next article. However, these schools are usually affiliated with religious institutions or charitable organizations and cater to children whose parents cannot afford to pay tuition fees at public schools. As is well known, they offer a wider range of subjects than the public schools, including arts, music, language, sports, and physical activities.

It’s clear that private schools are here to stay and dominate in Africa. As much as it is thriving in Africa, the market for it is challenging too, with so much unhealthy competition. It is important to understand the challenges they face.

It takes a lot to succeed in establishing a private school in Africa. In this section, we are going to discuss the biggest issues that the owners of some of these schools face. Ranging from the effects of the rampant bad leadership in Africa to the inability of proprietors to adapt to changes in the educational system. Without much preamble, let’s dive straight into what we have for you.  Here are five issues that affect private schools in Africa.

Private schools lack quality teachers. This is a huge failure on the part of the proprietors.

Quality teachers are critical to ensuring student success in an educational system. However, although some African countries may lack sufficient numbers of qualified educators, the school management has the responsibility of ensuring their staff stands out from the rest.

Because of this shortage, many private schools resort to hiring unqualified instructors to teach classes. Some schools also recruit retired teachers to fill vacant positions.

Tuition fees account for approximately 50% of private school budgets. Many parents are unable to afford such costs, especially considering the average annual salary in some regions is way less than $500 per month. In Africa, a lot of schools are running because of the converting population of students.

A lot of them are taking advantage of the growing population to secretly exhort parents/guardians unapologetically. Yet, they wouldn’t want to spend funds sending their few teachers to training and events that will help them improve

As a result, many schools charge tuition fees of between $2,000 and $10,000 annually for secondary and tertiary education. Students typically pay between 10% and 20% of total costs upfront, with the remainder paid back after graduation.

In addition, private schools often impose additional fees on top of regular tuition charges. For example, boarding may cost as much as $500 per child per term or semester. These fees are often passed on to students via increased prices on uniforms, books, and other supplies. Many private schools also rely heavily on donations and fundraising events to remain solvent. However, these efforts come at a significant financial expense.

These amenities are frequently lacking in private schools. Because of this, many schools struggle to attract students, forcing them to expand enrollment beyond available space.

Furthermore, many private schools struggle to maintain their aging infrastructure because all they want to make is money. As a result, school rooms, equipment, and technology often fall into disrepair, further hindering the ability of private schools to educate students effectively.

While public schools receive generous funding from the government, private schools do not. Most private school operators depend entirely on tuition revenue to fund operations.

As a result of this, they only rely on tuition payments, and private schools are often unable to offer scholarships or bursaries to those who need assistance to attend.

Additionally, many private schools operate on shoestring budgets, meaning they are unable to cover the full costs associated with providing quality education.

Despite the rapid expansion of private schools in recent years, there remains limited demand for such institutions.

There is little doubt that private schools will continue to grow in popularity in the future because of the ridiculous number of schools that are currently in Africa. However, without proper effort by the government to checkmate that, it would be difficult to control.

Biggest problems with Private Schools in Africa, especially in Nigeria does not just end at 5. There are so many of them. However, we will end at five here.

Again, we are not going to end this piece without proffering for solution. Here are the 5 best solutions to solving the 5 Biggest Problems of Private schools in Africa. 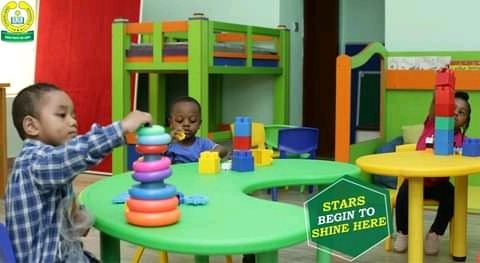 As we have discussed the problems private schools face in developing countries of Africa, I think it would be of great benefit to also discuss possible ways to overcome these challenges. Although it may take time, it is possible to achieve it when the government takes up an interest in solving it.

Creating private schools that offer quality education has become a popular trend in Africa. This is especially true for countries like Kenya and Nigeria, and even South Africa

However, private schools in Africa tend to focus on the cost of education rather than providing adequate facilities. If a school does not have proper classrooms, laboratories, or libraries, parents may decide against sending their children to that institution.

This puts pressure on the principal or chancellor of a school to find solutions. One solution would be to create private schools with state-of-the-art facilities.

Providing students with educational materials such as books, computers, and other learning tools is one way to improve student performance.

Teachers should also be given training on teaching methods. Having qualified teachers is another step toward improving student outcomes.

Trained teachers are capable of imparting information to their students. They can explain lessons clearly and motivate their students to learn.

Training teachers allows them to adapt their teaching style according to each student’s needs.

It is a good idea to train teachers in areas where they lack knowledge. For example, if teachers don’t know basic math concepts, they cannot teach their class effectively, the same goes for others in different areas of specialization.

Training teachers will allow them to better understand their subjects and impart this understanding to their students. By doing so, they can maximize student success.

Involving parents in school decisions helps them feel responsible for their children’s academic progress. As much as I know, the majority of the schools have Parents Teachers Association Committees (P.T.A). The truth about it is that some of them are just there because they are mean. The management oftentimes ignores the consent of the parents. They do all that, forgetting that without the parents/guardians they wouldn’t be misbehaving.

Involving parents/guardians in critical decision-making encourages them to monitor their children’s behavior at home and provides an opportunity to share information with the teacher. Parents should be involved in the decision-making process regarding school policies, curricula, and schedules. For instance, they can choose whether to opt out of certain classes based on their child’s interests.

When parents see their children excel academically, they are motivated to do more for them.

Parents will also show greater enthusiasm about attending parent-teacher meetings. These events are usually held once every two weeks. During these meetings, teachers present reports on students’ current performance and plan future assignments.

Parents then give feedback to help the teachers improve instruction.