Hi Lovelies, today, we want to do something different. We have decided to go into the area we have never gone to. We have hundreds of fashion styles for women. But we are yet to go into senator material designs for ladies. Here are the 2021 Latest Senator Styles for Ladies who Know Fashion.

As a woman who loves to look adorable. Picture yourself in an occasion or gathering filled with family members, friends, and some well-to-do people, all looking well dressed in their costly and beautiful outfits. You would surely not want to look odd and you won’t also want to dress poorly although you might not be as rich as they all are. 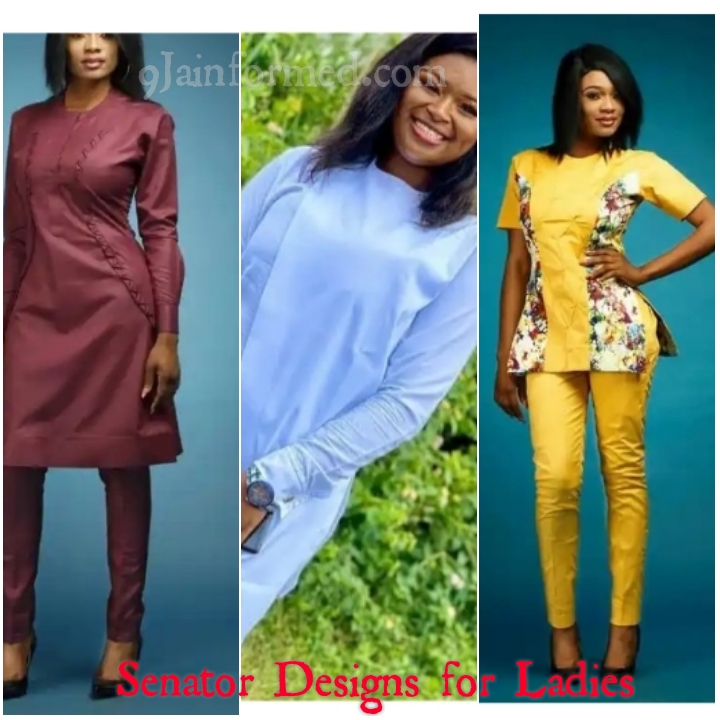 To dress smartly as they are all dressed, you might need to spend a lot of money, which could have been channeled into something more profitable than just purchasing costly clothes like theirs. But, what if I told you that you don’t really need to go through all that stress just to look good?

Yes, you don’t really have to spend a lot of money which you could have spent on more profitable things, just on clothes.

Let me open your eyes. To dress smartly as a woman in any part of the world (mostly in Africa), you might not really need to go after costly Western attires. You can get a senator dress and look smarter than a lot of people who are dressed in Western.

The African Senator dress for women makes women look so adorable, smart, and beautiful. The good news about this attire is that it is relatively cheap and unlike foreign dresses, you can customize the dress to look just how you want it.

HISTORY OF THE AFRICAN SENATOR DRESS or Designs

The African Senator is an outfit made of Ankara or suit material which was once peculiar to the Igbo(s) and the residents of Niger-Delta in Nigeria for a long time ago although it was not known with the name ‘Senator’.

But, the adorable Igbo dress became known all over Africa in the early 2000s, when the former Nigeria Senate President Pius Ayim Pius became a huge fan of the native dress and started wearing it regularly to official and unofficial gatherings under the regime of President Olusegun Obasanjo( 2000-2003).

The former Nigeria Senate President wore the adorable attire till it became a part of his identity and because he was a Senator, the native attire also got the name senator (which is its official name now).

Since then, the cloth has become unimaginably popular and worn in so many places around the world. It has also been worn a lot of times as a replacement to Western suits and dresses, and it makes its wearer look so cute and smart.

The Senator which was formerly a dress for only men has also charmed women through its beauty to also partake in wearing the wonderful garment and it keeps on being more beautiful as professional fashion designers and tailors keep on improving the beauty of the Igbo and Niger-Delta attire.

ADVANTAGES OF THE AFRICAN SENATOR DRESS OVER WESTERN SUITS AND DRESSES

One advantage that the African Senator dress has above a lot of foreign outfits is its affordability.

The African Senator dress makes women look so cute and adorable even without having to spend so much money. This is because its materials are all relatively cheap, affordable, and available in almost every market in a good number of countries in West Africa.

Another advantage that the attire has over Western dresses and suits is that it is customizable.

The wearer can also choose the type of senator to be made from him/her by either choosing from a styles book in a fashion designer’s workshop or through any other means.

OCCASIONS THAT THE FEMALE SENATOR OUTFIT CAN BE WORN IN

The Female African Senator outfit can be worn on a lot of occasions, but here are a few of them. 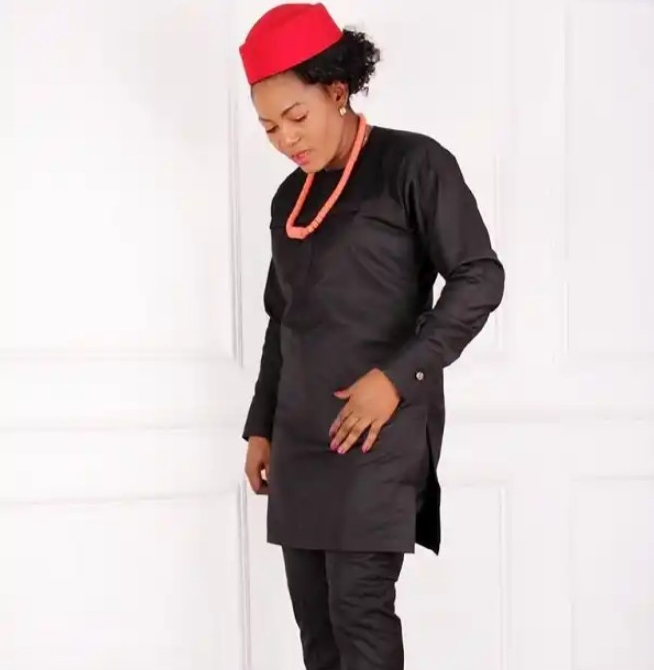 STYLES OF THE FEMALE AFRICAN SENATOR DRESS or DESIGNS

It can be sown as a long sleeve top with a trouser or skirt of the same fabric and color or entirely different ones.

It can also be sown as a short sleeve top with a trouser or skirt with the same fabric and color or different ones as well.

Since the discovery of the African Senator dress, its beauty has been constantly improved by seasoned fashion designers and tailors. A new senator style is been produced constantly and therefore, there are a whole lot of senators for both men and women.

But, we are going to discuss just two (2) out of a world of different Senator Styles and designs for women.

The Embroidery Senator Style: This style is produced when the Senator attire is decorated and designed with any embroidery of any type. Such embroideries are usually attached in the neck or chest region on the top of the female African Senator dress. The embroidery style is a very beautiful senator style for both men and women.

Which among the above senator styles do you prefer? Your thoughts in the comment section.