This is a wicked world! See What A Sister Did To Her Brother Because He told her to leave Married Men alone. Lady Poured Hot water on her brother over Sugar Daddy Argument. 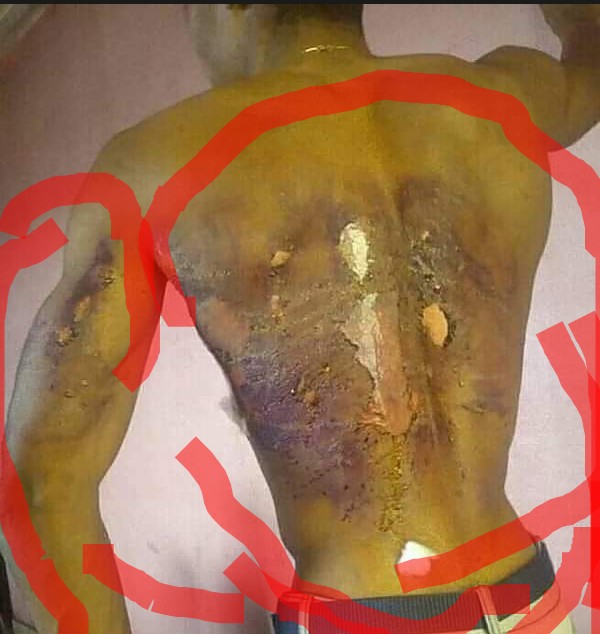 A young man has taken to social media to share his ordeal at the hand of his sister whom he was trying to save from danger. He showed the world the wicked act of her sister on him because he advised him to desist from sleeping with married men. The man whose identity was undisclosed said his sister’s pet name is Moda.

According to his story which he shared with his friend, he said a woman who shares the same yard with them was planning to deal with her sister because she suspects she is sleeping with her husband. But for fear of her brother, that is, the victim, she decided to warn her brother first.

According to the victim, the woman is afraid to deal with his sister because she knows that he will deal with her when he finds out. So, she decided to go through him. The victim said he called his sister, Moda to advise her and to warn her on what may happen to her if she continues going out with married men.

Instead, she flared. In the process, their father heard the discussion and invited them inside the house. The victim was still explaining himself to the father when the sister dashed out and came back with her boyfriend who is a Policeman (green para). 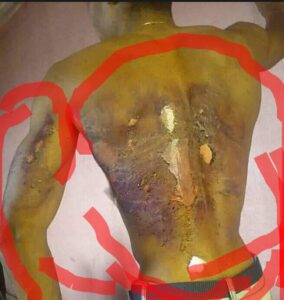 He is crying to the world via social media that his sister whom he was trying to save has given her indelible marks on the body. What a wicked world!

See the Screenshot of the conversation: Green para stands for Police while Moda is the victim’s sister’s pet name.