About Theresa Onuorah Biography, Family and Net worth

Unubi Egedege dance crooner, Queen Theresa has made a hit in the Nigerian music industry with Larry Gaaga.  She is popularly known as Queen of the Coast and the Egedege Dance goddess of Unubi. This is because of old-time unverified speculation that her songs are from the Queen of the Coast. This is all you should know about Theresa Onuorah Biography, Family and Net Worth.

This is not the first time we are hearing or listening to her songs. Her Ogene music and Egedege dancing troop were popular in the East during the 80s and 90s. Theresa Onuorah Biography, Family and Net worth.

Who is this Queen Theresa Onuorah? Find Out her Secrets people do not know.

Her music can be classified as highlife music but she is unique for her Ogene melody, the ancient melodious voice, and the stylish Egedege dance. Egedege is just a form of dance that combines with embellishments of highlife sounds or beats.

What is the Meaning of Egedege Dance?

Egedege dance is a combination of local instruments like oja (flute), ogene, oyo, ekwe, and embellishments of highlife tunes. What makes Egedege different from other songs and dance are the costumes, the choice of the musical instruments and the golden voice of the Queen herself.

Sometimes ago, someone asked me the meaning of Egedege dance. I couldn’t find a set answer for that. All I told her was that Egedede is a type of ogene dance with unique dance steps, moves, and attires.

I mean, when you see Egedege dancers, they are different from Atulogwu dancers or Makosa dancers. Egedege is a type of traditional ogene dance step. 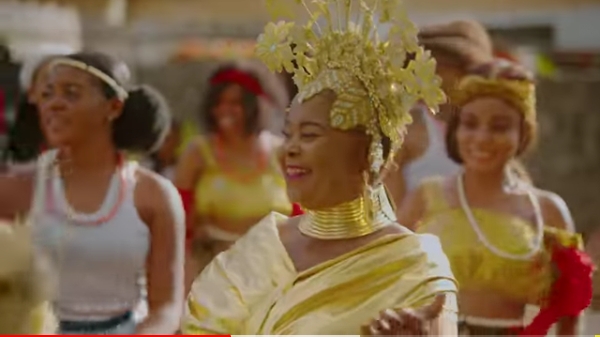 As I was growing up, I began to hear about Theresa Onuora. Any event she was invited or paid to perform was always filled to the brim. I remembered missing school one period and trekking to a very long distance just to watch her perform. Her presence, in any event, was always revered.

Then, the titled red-cap Chiefs and women used to occupy special positions in the event just to have a full view of her as she performed. She was famous in her time that it was rumored that the highly revered ‘Osinamili’ of Orjiezeka Amichi, a very wealthy man sought her hand in marriage and she turned him down.

Theresa Onuorah has a special dancing costume for herself different from that of her Egedege dancers. She wears beautifully made Egedede clothes of flamboyant colors and shines. Her attires were made of tiny mirrors. These mirrors are present in her ‘akupe egwu‘ (a well-decorated hand fan). Also, on her head are adorned with a crown made of feathers of many colors and mirrors.

She is always beaming with smiles as she makes the move of the Queen while she performs. As in the 80s and 90s, photographers were not able to capture Theresa Onuorah’s face as she performed or so we were made to believe.

They said, her river power blur her face so that even if it was captured, you would only see her body but not her face.

Meanwhile, that was then. With the emergence and the proliferation of the Android camera phones, children nowadays can capture her face just as they like, even at a far distance. ‘marine face kor ni’.

How old is Queen Theresa Onuora?

Theresa Onuorah’s age is officially stated. She was born in 1939. So, she is about 71 years. But judging from her appearance she looks younger. In fact, looks as if she is in her early 60s. 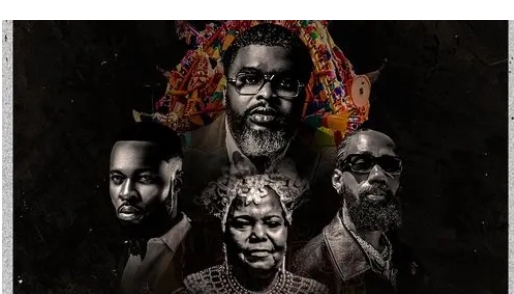 All these towns are in Nnewi South. She is married to an Unubi man and she has a grownup son with her husband and other children.

Does Theresa Onuorah have any son? Yes. In fact, it is said that she has two sons: one of them is the one he has with the famous Pericoma of Arondizuogu aka lion of Africa.

The said boy is called Speed Darlington aka Speedy. The Egedege crooner is also said to have a son with her husband Michael Igboebisi who she is living with currently in Umunze.

So many people are searching about who the Daughters of Theresa onuora are. The truth of the matter is we are yet to see or hear about her biological daughters.

Some also claimed that her daughters have taken over some of the musical outing performances. That is true but they mean to say her music and dance daughters. Those girls she raised among her Egedege dance troops.

What is the Net Worth of Theresa Onuora? No one knows for sure how much the Egedege dance goddess is worth. This is because no information about it is available on the internet.

However, she still goes to big occasions like the burial ceremonies of rich families to perform. It costs fortunes to have her perform on any occasion.

She also has old records sold in her name. The net worth of the Egedege goddess of Unubi should be around $40,000.

About Theresa Onuorah Biography, Family and Net worth

There are 3 myths told about the Egedege goddess of Unubi. Myths are unverified beliefs or stories about something or someone which have stayed over time and people have come to believe and live with it.

In fact, she believes and worships the River goddess (Ezenwanyi) with the likes of the mother of the Late Oliver De Coque.

This is another strong myth told about the Egedege queen that still lives to date. Many strong Christian families avoid her songs because they believe she promotes the marine kingdom. They term her songs demonic.

Another myth is that she would never get married to a mortal man. Not only that, we were meant to believe that her dancers would not get married too. This myth grew stronger the period suitors Like “Osinamili” came for her hands in marriage and she turned him down.

However, all of those were false. Events and time have proven that they were mortal beings and they got married and have their own kids.

This is yet another myth we heard about Theresa Onuorah while growing up. People rumored that all her male and female dancers have been initiated in the Marine world by the queen. In all of these rumors, none has been verified to be true.

Talk they say is cheap and free. there is nothing you will do in this life that people will find a way to paint it the way they feel. Just push on, once you know what you are doing. 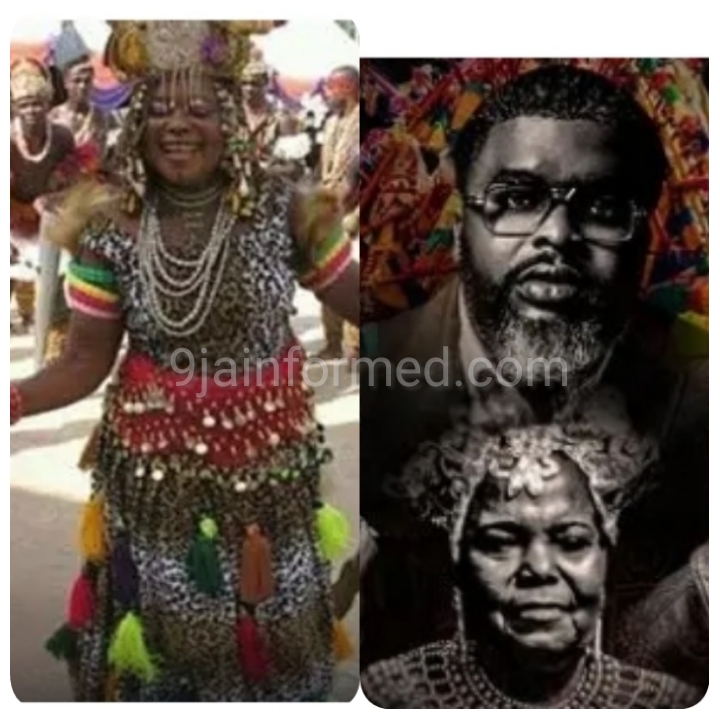 Currently, the internet is bubbling because of the single hit released by Larry Gaaga where he featured Flavour N’abania, Phyno, and Theresa Onuorah – Egedege. I have seen the song. It bams. For those who are yet to see the video, here is it. 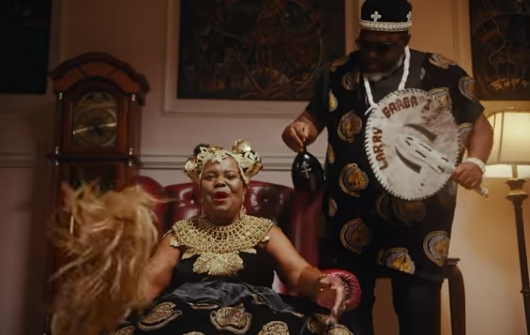 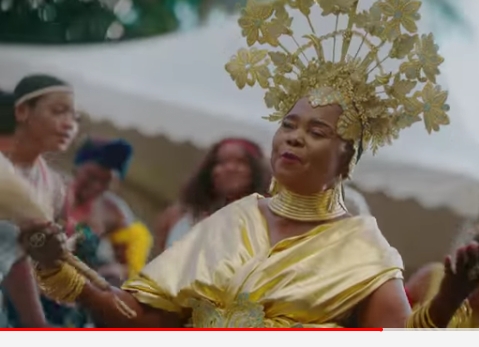 4 thoughts on “About Queen Theresa Onuorah Biography, Husband, Children, Music and Net worth”