Pastor Adeboye’s First Son Rumored Dead. Pastor Dare Adeboye, the first son of the General Overseer of the Redeemed Christian Church of God Pastor Enoch Adeboye has been rumored dead. The sad news of his death leaked in the media this morning through some members of the Church. 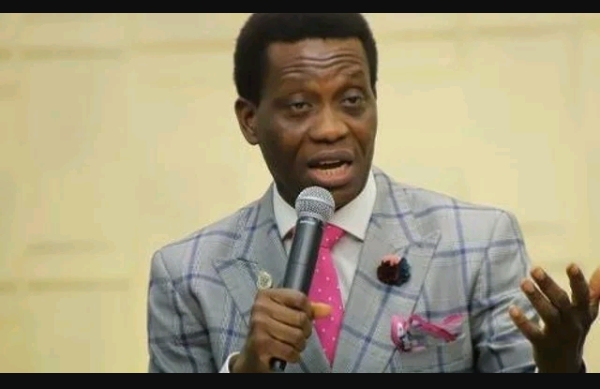 According to the news source, Pastor Dare returned to his house from church, he told his family he needed to rest.

He went in to rest and never woke up. His death was discovered when a member of his family went into his room to call him. Pastor Adeboye’s son didn’t respond. He was discovered dead in his room.

Pastor Dare Adeboye will be 43 years old by June this year. The news of his sudden demise filtered in this morning. It is yet to be confirmed by the church or the General Overseer.

As of the time of this report, no official statement has been made about the death of Pastor Dare, the first son of Pastor Adeboye. The evidence at hand is talks from the Redeemed members.

The news is filtering in and spreading among members of the vast Redeemed Christian Church of God across Nigeria of the sad development. One of such is Tweet by Olorisupergal “Breaking: Pastor Adeboye’s son died at 42. Pastor dare Adeboye who would have turned 43 next month June 9, 2021….”

He died in Akwa Ibom. May God console his family and the church of Christ. It is a trial of faith for his parents.