Rt. Hon. Dr. Nnamdi Azikiwe is the Man African will never Forget in a Hurry. ZIK of Africa “The Man who Swallowed the River Niger Keys”. He was of many myths.

In this post, we shall be focusing on the myths so many, told about Nnamdi Azikiwe. Please, remember to share our story and subscribe to our Notification.

I was going through my archive and I came across one of my articles which I wrote about the Late great Nnamdi Azikiwe.  I have shared it on one platform but I have decided to give it fresher so that I can share it on this space.

The Late Rt. Hon. Dr. Nnamdi Azikiwe was a man who weighed great authority in his time. He was a force Africans will never forget in hurry.

He was a force and authority himself that men like my fathers ran to the newsstand every morning just to read or hear what Azikiwe said for the day. A seldom talk; “Gini ka Zik kwuru ta“? meaning, what did Zik sat today.

So many myths and tales were carried about Zik. But everyone believes them hook, line and sinker. The tale about Zik and Awolowoin the plane with the whites while they were offered tea to drink.

What about the tales about Zik and Queen Elizabeth? Or, the myth about Zik going into the River Niger to battle with the Mermaid in charge of the River?

“Zik locked the river Niger with padlocks and swallowed the keys”. This is a Myth so mighty told about the Rt. Hon. Dr. Nnamdi Azikiwe.

Benjamin Nnamdi “Zik” Azikiwe was born on November 16, 1904, in Zungeru, the former capital of Northern Nigeria. He was born to Mr. Chukwuemeka Azikiwe who was a civil servant in the British colonial government.

The Owelle of Onitsha was the former Premier of Eastern Nigeria. He was once a Senate President and a Governor-General. he was too the President of the Federal Republic of Nigeria

He was the first to hand over the leadership affair of Nigeria after Independence with Tafawa Belewa as his Prime Minister. Zik was Pan-Africanist par excellence and an inventor of the slogan; “one Nigeria“.

You will like to read about this trending Igbo-born Billionaire Oga Ndi Oga aka Oga man. See his Net worth.

An article by Emeagwali in “The Spirit-Man: Nnamdi Azikiwe”; also highlights some of these myths, including the river goddess bottling tale.

“For many of those who lived in colonial Nigeria, Nnamdi Azikiwe was a super-man sent especially to free them from alien rule. Unable to understand Zik’s persona, fables were woven around him”.

Recently I came across an article in The Guardian by allAfrica, it confirmed this old myth told about the great Zik of Africa.

“Dr. Nnamdi Azikiwe, the Owelle of Onitsha, former Premier of Eastern Nigeria, Senate … As a young boy in the village, I was inspired and motivated by the myths, stories … We have told that Zik had the key to the River Niger”. 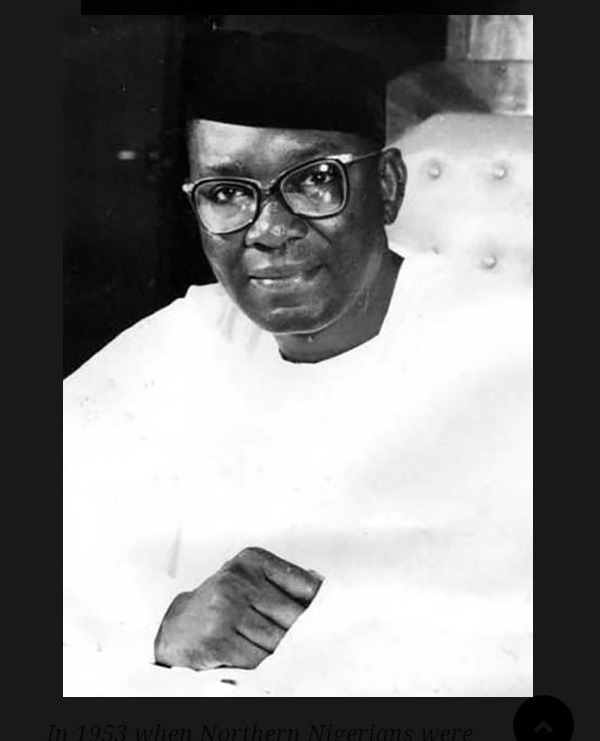 Believe it or leave it, Dr. Nnamdi Azikiwe was a god in his own time. There were so many stories told about him. So many stories that ended up becoming myths.

Zik and the River Niger

One of these myths is the belief that the River Niger cannot surge beyond its bank because Dr. Nnamdi Azikiwe had gone into the river to wrestle with the river goddess in charge of the Niger river.

We were told he tricked the river goddess to go inside a bottle and he corked the bottle. He collected the key from the goddess of the sea and swallowed it before coming out from the river.

To cap this myth, we were also told that River Niger cannot surge beyond its bank because the Great Zik locked it and confined it in one place.

These myths were sold to us and we bought them. We all believed it with joy just as our fathers did.

Nnamdi Azikiwe as a Great Orator

However, there were other facts about  Zik that were indisputable. One is his oratory skill. Dr. Nnamdi Azikiwe weighed great power in his time. He was to the Igbos what Shango is to the Yorubas. In his time, Zik’s speech in the national dailies worth pounds. 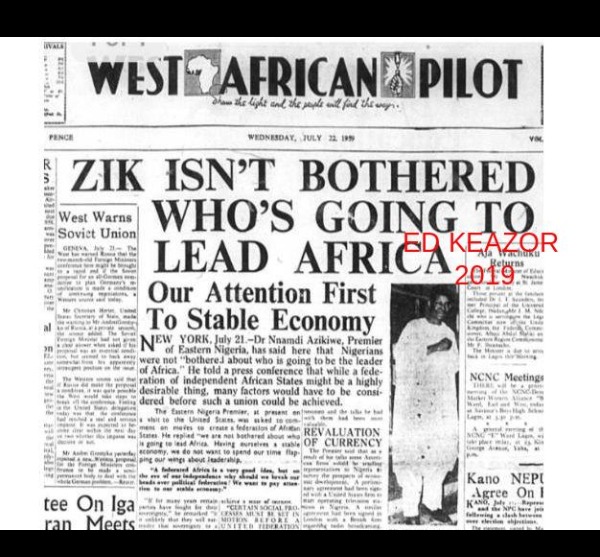 My father told me how they were always running to the newspaper vendors every morning to read what great Zik had said for the day. Any newspaper that didn’t have Zik’s latest comment would not sell until Zik’s headline finished selling. 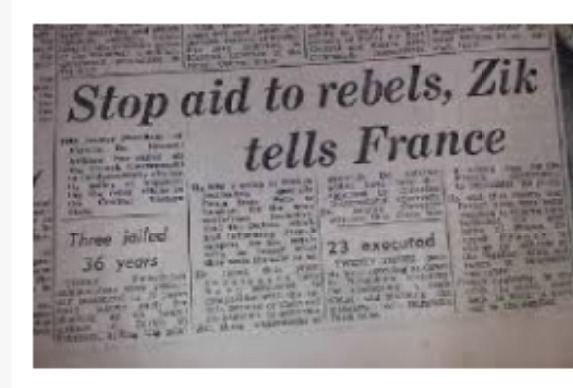 The great Zik of Africa, the man that rose to the highest Apex in the political tower. In his time, he was the man of his people. He was the eyes that saw for many.

The Summary of Zik of Africa

Dr. Nnamdi Azikiwe is no more but his legacy still speaks.  He was a man of the people.

But looking at what is happening today in our beloved country the great Zik and cos fought for, it will look as if these men’s efforts were in vain. Truly, Zik in his grave will be weeping day and night seeing what is happening to his beloved “One Nigeria”.