(VIDEO) Man Puts Hand down the Throat of Crocodile

(VIDEO) Man Puts his Hand down the Throat of Crocodile. Watch a video of a man who intentionally inserted his hand deep down a Crocodile’s throat. Of course, it ended in premium tears for him (Video Link Attached).

I saw this viral video of a man who intentionally inserted his whole hands down the throat of a living Alligator. Whatever the man was thinking before that stuff is sheer stupidity. 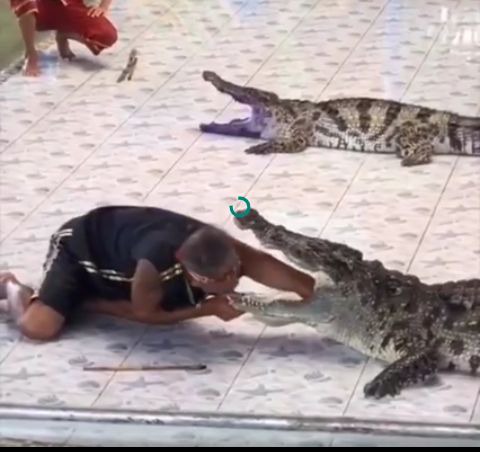 Some people enjoy taking risks. Death will be sleeping, some people will intentionally go to it to tickle it on the armpits.

But people are reacting more to one particular encounter of a man who put both hands down a crocodile’s throat. This is because his action is preposterous. Of course, the outcome of this dangerous game was unpleasant to the player.

(VIDEO) Man Puts Hand down the Throat of Crocodile 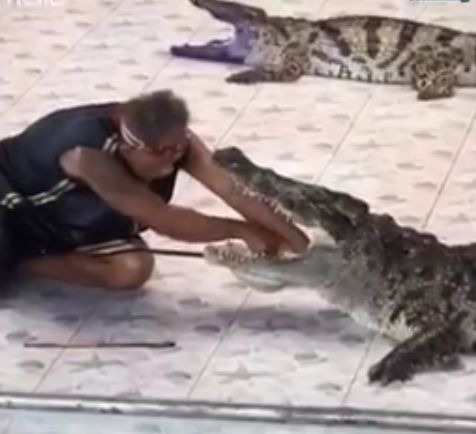 No one can explain what the man was doing or trying to do, opening a crocodile’s mouth and inserting his both hands down the dangerous animal’s throat. He might be trying this all the while but this very time was unfavorable as it ended in tears.

Some Facebook users reacted and said the man got what he bargained for but for me, I want to say that he went too far. He didn’t take a single precaution. From the video, we can see the hard stick used to hold the animal’s jaw to avoid it jamming. But the man practically ignored it and went into the animal’s mouth with all his body.

I was wondering what could have happened if the crocodile had jammed its mouth when both the man’s hands and head were inside its mouth. It would have been bizarre. People take can risk. See Video Link

See also the screenshots of various reactions from people: 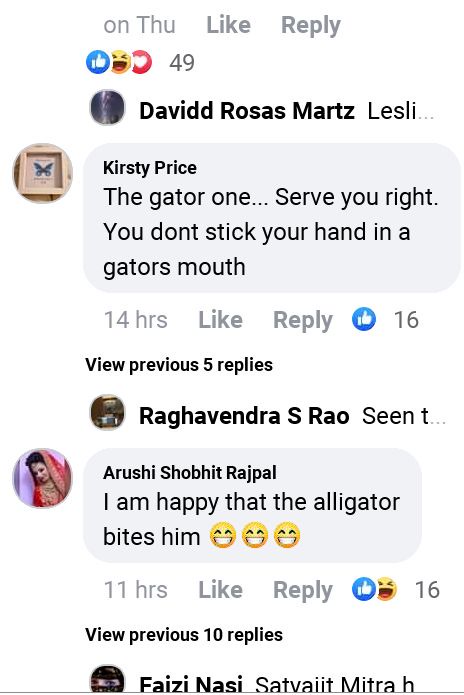 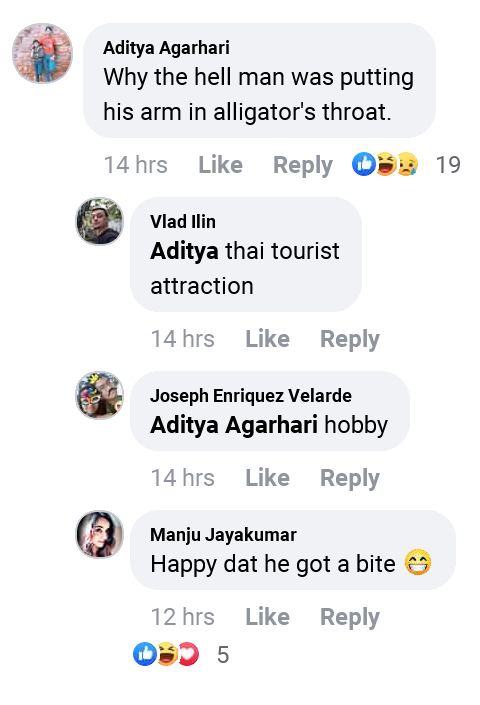