The history that occurred in the Anglican Communion in Lambeth Conference about 20 years ago may soon be repeated in the Roman Catholic churches in Nigeria. This is about the separation and secession of the Church of Nigeria from the Anglican Church of England in that year. 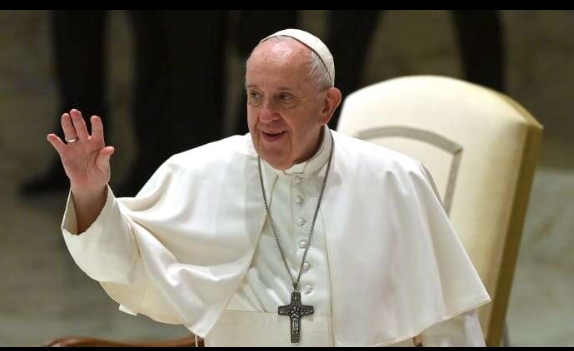 It was also approved that even the Priests could wed members of same-sex and also are free to indulge in the same practice.

This new doctrine brought fierce disagreement in the house of bishops during the Conference and it was agreed that countries that do not want same-sex marriage could secede from the Church of England.

Many African countries seceded and became autonomous. That was how the Church of Nigeria was birthed but it still retains the name Anglican Communion. And now, the history is about to be repeated in the Roman Catholic Church.

Recently, Pope Francis has declared his stand on same-sex marriage. He openly declared that there is nothing wrong with gay marriage. Although his speech has not been officially endorsed, it has been spoken and documented.

Pope Francis has declared that homosexuals should be protected by civil union laws. This is  his exact words in the documentary;

“Homosexual people have a right to be in a family They are children of God and have a right to a family. Nobody should be thrown out or be made miserable over it” Francesco.

Will they accept the strange doctrine and stay put or will they secede like the Anglican Communion in Nigeria?

YOU MAY READ ⇔ Facts About Kosi Ugo who Accused Williams Uchemba of being Gay.