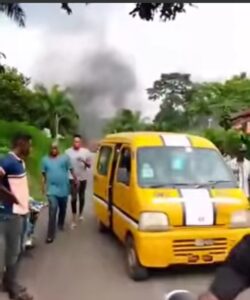 People tagged 20/10/20 as a black Tuesday in Nigeria. But my community witnessed a black Friday on 23/10/20. That was the day hoodlums invaded my community and the neighboring communities, set the police stations ablaze, and killed the DPO and the Assistant.

The hoodlums were said to be imported from another State. The boys who did the mayhem looked demonic and haggard. They paraded themselves as indestructible. In the different locations where they wreaked havoc, policemen fired at them when they were forcing themselves into the police stations. Those who were around said bullets couldn’t penetrate into their bodies. They were allegedly shaking off the bullets from their bodies.

Soon, information escalated in the neighboring communities, including ours. Policemen deserted their stations and went into hiding, except the DPO and the Assistant in my town. Some people have blamed them and said they were foolish for not running like others. Before you blame them, hear this part of the story.

No one envisaged EndSARS Protests would turn out in this way and not in the rural areas. Second, these men had no fear of being in my town. They were good Police officers and we corporate so much that they felt secure in our midst.

Let me tell you about one of the encounters my family had with the Police in my community. I have a relative who steals anything he sees. One day, a man came to our house and reported that he caught him stealing his bitter kola and locked him up in the police station.

We apologized to the man and told him we are going to pay for the ones he had sold but told him to leave him in the police station. We left him for 2 days at the police station without food. At night, we were surprised that one of the Policemen who was returning home from work defiled the rain, asked address, and came to our house.

When he came to our house and said what made him come. We welcome him but told him we were tired of the boy. We told him we intentionally left him there. But the Policeman pleaded on his behalf and said the cry of the boy touched him so much while on duty. He pleaded we should get food to him. We told him it was already night. He accepted to take the food to him that he may die of hunger that night.

To cut the story short, he took the food to him that night. He undertook for my brother and counseled him. That was how he was bailed. And he is now a changed man. My family is not the only one giving testimonies about the police in my community, others are praising them too. 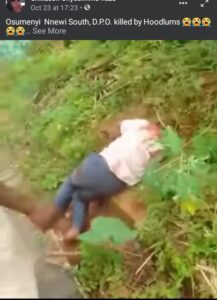 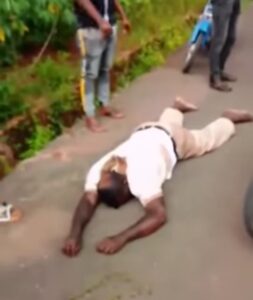 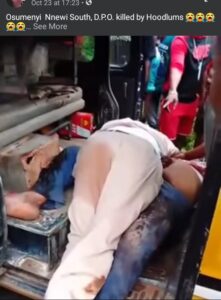 These are the men hoodlums killed for us in the name of EndSARS. Hoodlums hijacked the innocent protest, protests with good intentions and spoilt things for us. They killed the good men. They maimed the kind hearts in the force.

The Police in my community didn’t run away as others did in other communities. The Assistant DPO wanted to run away but he was threatened by the DPO that if he leaves the station that he would be sacked. The hoodlums came and overpowered them. They ran into the bush but they pursued them into the bush and butchered them.

If nobody is mourning these good men in the police uniform, my brother is. My mother still curses the perpetrators of this evil. If they hadn’t shot at innocent protesters at Lekki, maybe, all these wouldn’t have happened.