Attention has shifted from EndSARS Protests in many states to quest to break into warehouses where Covid-19 palliatives were stored. But things have turned bloody in Enugu state today as youths attempted to force their ways into a warehouse at Queen’s Government Secondary School, Nkpokiti, Enugu. 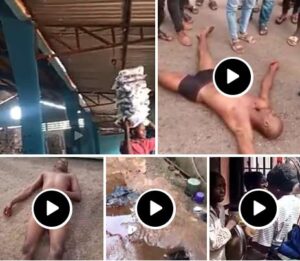 The military men and the police blocked the entrance since morning. The agitation has led to the killing of no more than 4 persons today. An attendant at the filling station along the road was allegedly killed by a strayed bullet.

Another boy was also shot in the chest and he ran into their home. He died a few minutes later without a medical assistant.

Some groups of boys were also seen holding guns, running towards the scene. The crowd was hailing them, shouting; “power! Power!