What are the “darndest” things you have heard about sex?

I have heard so many odd things about sex. When I was growing up, I heard many myths about sex. We were told by our mischievous boyfriends that sp*rm used to be hot and heavy in their waist when it is not poured out at the due time on a woman. They used this slogan; “my waist is on fire”. Baby girl, can you help me quench the fire? Excuse me! Help you do what? 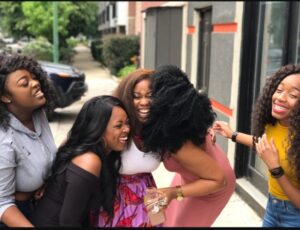 Our parents had already warned us not to help them in a matter as such. They said the fire in the boys’ waist can burn our future into ashes. So, once he mentioned it, we took to our heels.

All these that I have mentioned cannot be compared to what I heard recently about sex. It was during the marriage seminar in one of the conferences I attended with my husband. The resource person was speaking on “Sex and marriage”. During the interactive session, a woman asked a question. She said; “why do men have the habit of making move for sex when the weather is so hot. Don’t they feel hot?”

They were thunderous laughter and applauds in the hall. All the women in the hall applauded the women.

It was obvious she asked the minds of other women in the hall. Oh boy! Come and see hands on the air. Our husbands’ hands were all up. They had answers to give.

One of the men were given a microphone and he said;

“We are feeling hot at that moment too. We want a coolant. Our women are Coolants. They are created with a cool house. Thank you”.

When he handed over the microphone, all the men in the hall gave a thunderous applaud. They left their seats one after another to give a handshake to the man who gave the answer.

So, I am a Coolant? Now, my question is, the coolant feels hot too. Who cools her?