Justice for Silvester Oromoni is what every sane individual that followed the case and the story of the alleged murder of a 12-year-old Dowen College Lagos student by his fellow students is waiting for. Coming from another angle, I have stumbled submissions of some groups of people who looked deep into the matter and brought out what people may never think on this issue looking at it and judging from an emotional point of view. It is about the sets of people to hold responsible for the death of Silvester. Silvester of Dowen College Death: His Sister included among People to hold Responsible.

Quoting Mr. Oromoni, the Late Silvester’s father; “my son is dead today, he is used as a sacrifice against boarding school bullies. I want justice for my son. I want those who are responsible for the death of my son to be brought to book”. I feel the pain of the parents of this young lad and pray for the fortitude to bear the irreplaceable loss.

⇒ 1 Year after Don-Davis Mother’s called out Deeper Life school for Bullying and torturing her son, see what happened later.

There are people who would have played roles and the death of Silvester Oromoni would have been averted. But they never did. His death would have been prevented if adequate measures were put in place by this set of people we are going to list out here. They are:

Nobody should come here and justify anything. Especially the form teacher; he or she is entrusted with a particular class. He or she should know who is in the class and who is not.

Dowen College is not crowded as we have in public schools, yet when students miss school for days, calls will be put out to the parents to find out the reasons. But here, they are borders. He was in the class the day before the incident. The form teacher did not ask about his whereabouts when he didn’t show up in the class.

It is actually a part of lacuna in the administration of Dowen College. And what about the hostel matron? Or, don’t they have any? So, what is the essence of the big name and the big tuition fees without all of these put in place?

If there is a hostel matron in that school, she should be held responsible. In every boarder, hostel masters and mistresses go round to check up on the students, especially at night.

Another group of silent murderers is Silvester’s hostel roommates. I mean those who witnessed the attack by the senior students. They knew what happened. They were not deaf. Although it was alleged light was put off, they heard the hittings, beatings, and cries.

These students should have reported this case in the morning when they didn’t see Silvester. But they kept mute. Indeed, something evil is going on in that Dowen.

Are you shocked? Now, read and get the point. Someone may ask; why call out the innocent girl who is mourning the death of her brother? Listen, she would have saved this young lad from dying if she wasn’t that daft (forgive my use of words).

I took time to listen to the video conversation/ interview with the father and the girls granted with The Punch Newspaper. See the video here.

The boys who are involved in the alleged murder of Silvester are in the same class with the dead boy’s sister. They are in SS 1. According to Silvester’s father, these boys came to meet the late Silvester and asked him if he had seen the nakedness of his elder sister in the SS 1. He said no and they began to beat him.

When he couldn’t endure the beatings from the Senior boys, he accepted and they left him. They went to their class and reported to Silvester’s sister that the young lad told them he had seen her nakedness and the girl became angry.

I want to ask; what kind of story is that? WTF is that for! Is that what their parents pay millions of Naira to the school for? Why should this girl keep the company of those kinds of boys and listen to trash from their mouths? Or, is she being bullied too? She should speak up now.

We were also told she went to her brother to beat him up over the nonsense story and he told her what really happened. When the school vacated they brought the matter to the family and the elder brother who also graduated from Dowen College took the matter to the school Management. That was during the just concluded 3rd term academic session and that was in Silvester’s JSS 1 class.

And they just returned for 1st term and probably carried the case over again. Now, according to the story, Silvester was locked in the cupboard for 2 days by the Senior boys that beat him up; some of those guys are in the same class with his sister.

What happened the following day when Silvester’s sister didn’t see him in the school? Is she not supposed to look out for her younger brother? Is Dowen College that massive and crowded that someone won’t know if her baby brother hasn’t shown up for any of the activities? 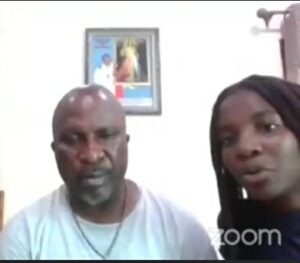 I am speaking out of the experience. Silvester’s sister would easily notice his brother’s absence during the morning Assembly, during the preps, or during the ref times if she cared. But nay! She pretended she didn’t. What an elder sister.

If actually, the school management told the parents of Silvester that he fell down while playing ball with other students when he did not play ball or had any fall, they are the real murderer of Silvester. The school management would have helped the dead boy’s family to hasten up with the right medical treatment to save the life of their student.

But no! They lied. The parents proceeded first with Malaria treatment while the chemical he was fed with continued eating his vital organs and shutting them down.

Dowen College’s management complicated the medical issue, leading to the death of Silvester. They; in fact are the most responsible for his death. It is him today, it could happen to any child again tomorrow if proper action isn’t taken in this glaring case.

What we told you – Summary

According to the family of Silvester Oromoni Jnr, 5 senior students were named as the alleged killer of their son. Out of the 5 students, 3 names were mentioned.

However, aside from these people, there are also other 3 categories of people who are to hold responsible for the boy’s death. Silvester’s Form Teacher, Hostel Matron, and the hostel roommates are guilty. Also, his sister in the school with him and 2 others are to be held responsible too.