“It was a Planned Deal”.

“She was on Assignment” – Reactions on Video of 9-year-old Girl who Set Ebeano Supermarket on Fire.

This video has got many people talking. “It was a Planned Deal”. “She was on Assignment” – Reactions on Video of 9-year-old Girl who Set Ebeano Supermarket on Fire.

I couldn’t agree less with the observations of these social media users after seeing the video of how Ebeano Supermarket in Abuja was set ablaze by a 9-year-old girl.

READ: CONFESSION OF COUPLE IN ANAMBRA HOW THEY POISONED FAMILY OF 5 (VIDEO).

The Management of Ebeano Supermarket, Abuja has released the video footage of how their Supermarket was set on fire by a little girl who was said to have come for shopping with her Mother.

From the video, one may assume that the girl came for the purpose. She was seen dancing to the place where Lighter and gas cylinders are stationed. She took hold of a lighter and began to ignite a fire with it.

When she noticed someone coming, she stopped and pretended she was looking at something. But immediately the person walked past, she continued.

She Ignited the lighter and made sure the fire got on some goods. She turned back immediately from the location she was coming from as soon as she noticed the fire is on and danced away.

See People Reactions on the Video

“It was an assignment. A planned deal”.

Evil child, this gal is highly heartless and wicked.
She did that thing intentionally.

Children can be terrible

Marine Agent In A Child’s Wear. May This Kind Of Evil Spirit Child Never See Me And My Family In Jesus Name

Oh my goodness what a wicked child.

Her parents must pay

she intentionally did this

When she saw some people coming she paused and continued after they passed, she knew what she was doing is bad

This girl is wicked naturally, she’s born heartless and someone among the parents hv the same heart too

There is a female demon on the loose in Lagos. Many chidimmas on rampage beware!

Nobody should mention evil spirit in this case.
That girl intentionally did that.

Her actions was 100% deliberate.
But what triggered it is what I don’t know..

Wonders will never end..m sure dis child was instigated by an adult to do dis kinda thing… it’s wasn’t done by her own accord, someone must have talked her into dis

Something enter the young lady 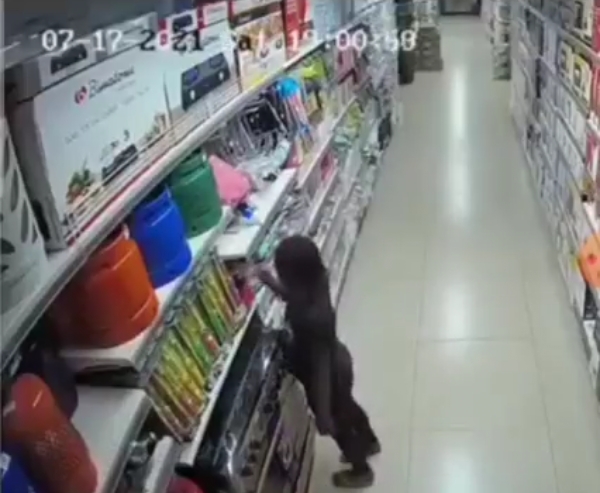 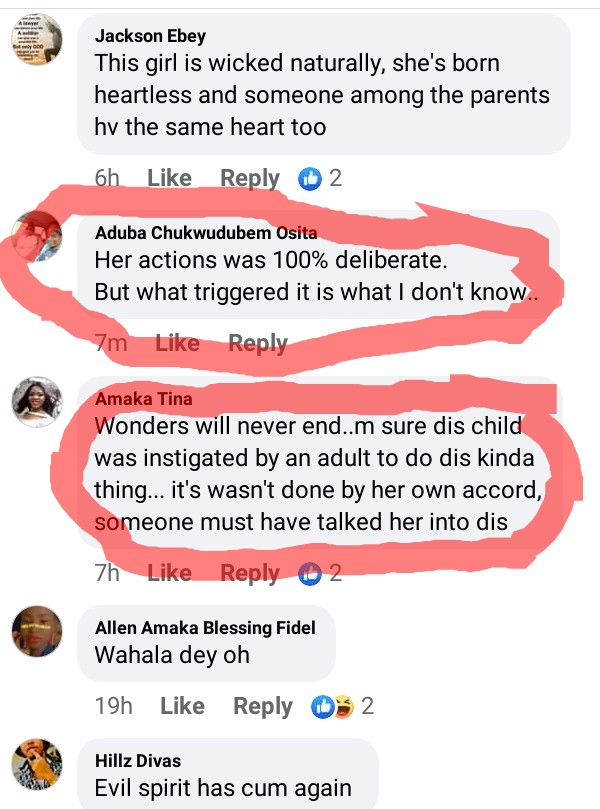 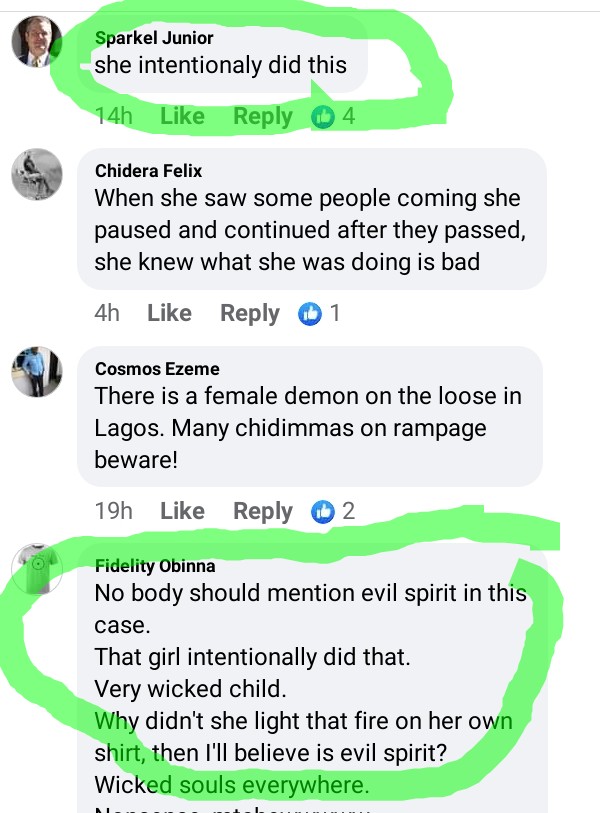 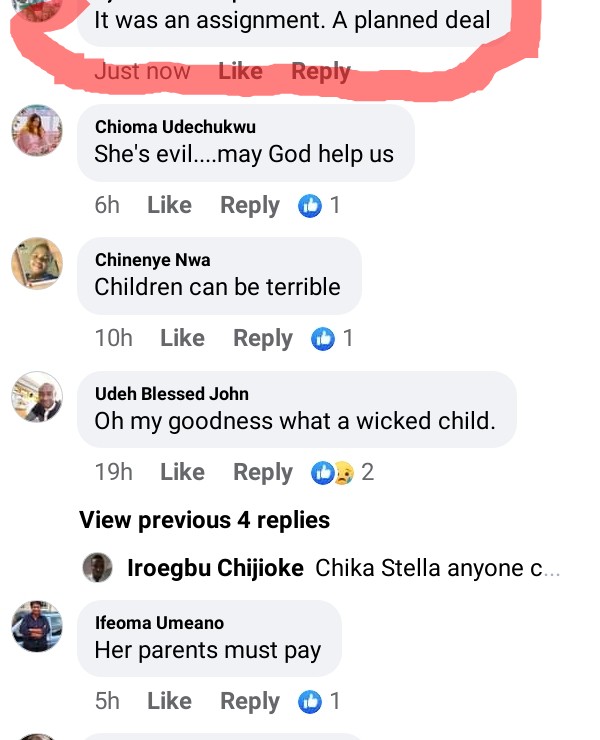 What is your view? Do you think she was sent to do it or just foolishness in the children’s hearts? Drop your comment.