Meet 4-Years-Old Bayezid Hossain who looks like an Old man. Other Kids Call Him “Old Man”. But He is Just 4-years-old. 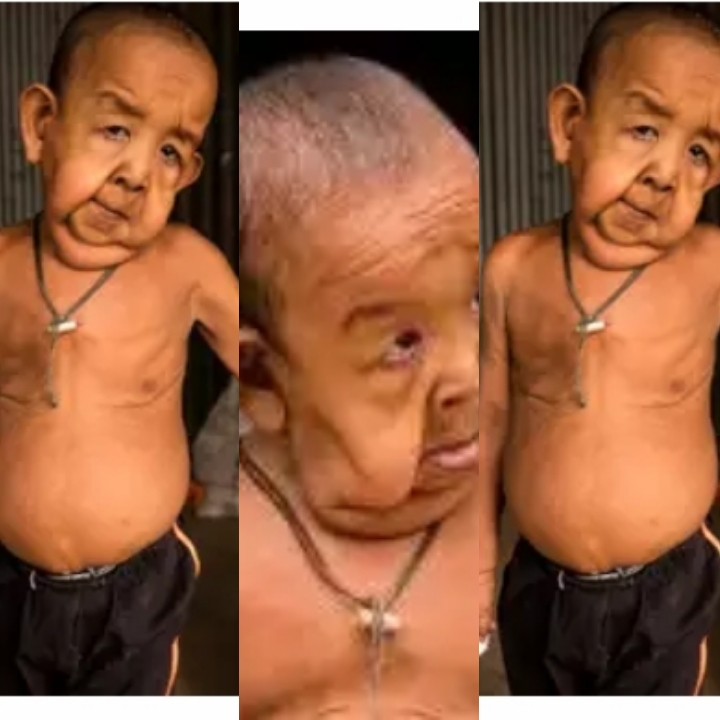 He is said to suffer from a rare disease called Progeria. According to research, a child who suffers from Progeria disease will not make it past 18 years. Before then, he or she will look like a 200 years-old someone. Doctors are still making research to see if they can come up with drugs that can slow aging in Progerias.

There are many diseases that people do not know exist because it is very rare to see people in Africa who suffer them.

I once heard about a Chinese man who is forty years old but has a face of a 10-year-old boy. After then I decided to make research about this particular health disorder. I was so shocked when I found out that there are other people in the world who suffer from this disorder especially in India.

Following is a story of a boy, who looks so old although he is just four years old.

Looking at the picture above, you would think he is an old man because of his facial and body structure. Sadly he is just four years old.

He is suffering from a rare condition. It is a disease or literally, a health disorder called Progeria.

Progeria is a rare disease that makes a baby age faster. According to research, the probability of giving birth to a Progeria or a baby who suffers from a Progeria is one in 4 million births.

This disease is very rare but many babies across all parts of the world suffer from it. See the example of a newborn who suffers from Progeria.

When Bayezid was born, he was very intelligent more than the other kids of his age but at the same time, he was also aging faster than his mates. At the age of four, he already has a body of 84 years old.

The worst part about this disease is that it affects both the skin, heart, and body strength. Babies who suffer from Progeria probably do not make it to 18 years of age because it would literally mean they are already 200 years old by then.

Bayezid’s mother was heartbroken when she discovered her son was suffering from this disease. It is disheartening. No true mother would ever wish her baby to suffer from Progeria disease.

The saddest part of it is that this disease is somewhat incurable. The doctors are still making research to know if there could be a drug that will slow down the aging process.

Bayezid’s mother lamented that most of the time, children from the neighborhood make fun of his son. Sometimes they call him all sorts of names like Old man, Papa, GrandPa, etc.