How Many Years Left Before Rapture Takes Place – Chris Oyakhilome

The popular Nigerian preacher and teacher of the gospel, Chris Oyakhilome has given his own prediction on the year rapture will happen. In Case You Missed It: This Is How Many Years Left Before Rapture Takes Place – Chris Oyakhilome.

-When Exactly will rapture Take place?

This post is to call your mind back or let you know, in case you missed the news, about the rapture prediction and years breakdown made by the Founder of Loveworld Ministry a.k.a Christ Embassy, Pastor Chris Oyakhilome. He made this prediction during a Sunday Service teaching before his congregation. 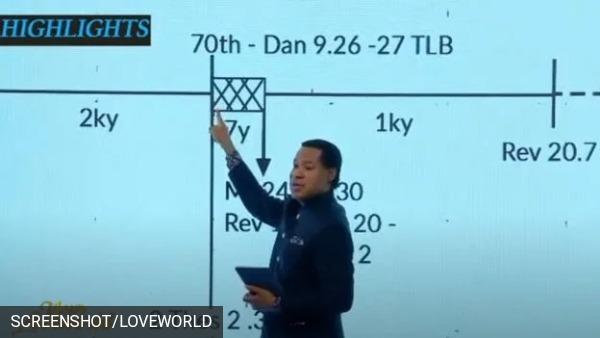 He predicted the years left before the son of perdition which also means the man of sin will be revealed. But before that, the rapture must have taken place. Pastor Christ gave his prediction, using a chart. He showed his members the chart. He said the time is not far anymore.

From his chart, he calculated the rapture time, drawing an inference, using the range of time when Jesus was born which was within 4BC to 2BC, and the very time he walked out of the temple which was around 30AD.

Pastor Chris made his rapture prediction given 3 options.

I have already said that the man of sin or perdition will not be revealed unless rapture takes place. Pastor Christ has said that it is remaining 10 years before the man of sin will be revealed. He also said it is along with this range of time that Christ will return.

You Need to Read:

“At The Last Trump”. What Bible Says about “Trump” and the End Time

How Many Years Left Before Rapture Takes Place – Chris Oyakhilome

In his words, he said; “we have 7 years either after or within or across. If it happens after 7 years, it means there is only 17 years left before Christ return. 7 years for tribulation, 10 years before Anti-Christ will come”.

Pastor Chris also said the 10 years is not static. The man of sin may show up in 3 years or in six years. “If this is the case, rapture may take place in the next 3 years or 6 years”.

In his teaching, Pastor Chris further claimed that the Scientists are aware of what lies ahead. That is the major reason why they are insisting that by the year 2030, everybody in the world must be vaccinated and chipped. 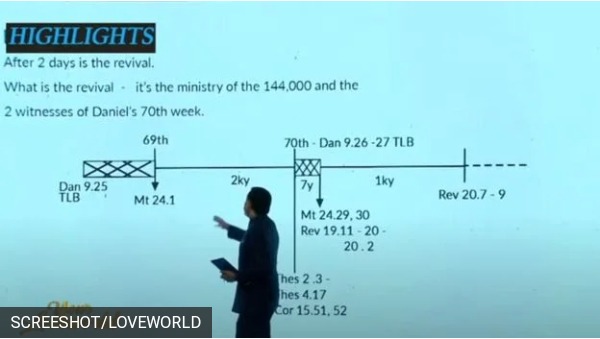 From what Pastor Chris predicted, the children of God should get themselves prepared and repent from all their sins because it will not be more than 10 years again before the rapture will take place. It could happen in the next 3 years. It could take place in the next 6 years. But it will not exceed the year 2030.

Meanwhile, the Bible made it clear that Christ’s second coming and the time for rapture will no man know. But it listed out the signs that will signal His second coming. Nevertheless, almost all the signs have been fulfilled. Pastor Chris could be right. He could be speaking as revealed.

One thought on “In Case You Missed It: This Is How Many Years Left Before Rapture Takes Place – Chris Oyakhilome”