The Professor Emeritus of Literature and Renowned Writer, Prof. John Pepper Clark has joined his ancestors. 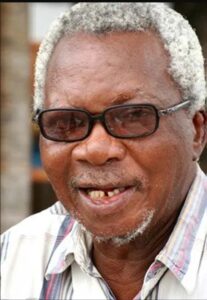 “I a statement signed by Prof. C. C. Clark, for the family and Mr. Ilaye Clark, for the children and made available to Vanguard  Tuesday, Professor John Pepper Clark died in the early hours of today”.


The statement read, “The Clark-Fuludu Bekederemo family of Kiagbodo Town, Delta State, wishes to announce that Emeritus Professor of Literature and Renowned Writer, Prof. John Pepper Clark, has finally dropped his pen in the early hours of today, Tuesday, 13 October 2020.

We mourn this icon of our time and we send our condolences to his wife and children. Personally, I was among the students who sat for examinations on JP Clark’s work. One of them was his collection of poems. Abiku, the prominent among them.