If you want to read about Cossy Orjiakor, you’re at the right place. Cossy Orjiakor is a beautiful Nigerian actress, singer, and producer. She rose to fame after she began flashing her bulging boobs on social networking sites and was also seen in the music video “Obesere.” Here’s Cossy Orjiakor biography, Age, Family, Husband and Net worth.

I don’t know if I am right, but if you ask me, the person who popularized big boobs and breast enlargement trend in Nigeria showbiz industry is Cossy Orjiakor. Just like Bobrisky, she was very popular in her time in the late 90s and early 2000s. She made headline news with her massive boobs controversies. Many to hear the news of her death, owing to the rumor we were told about her protruding boobs.

Cossy Orjiakor stirred trouble, extended to the religious groups. Some said she is from the pit of hell. And today, her story has fizzled. Other boobs have outshined hers (lol).

Cossy was born in the Nigerian state of Anambra on October 16, 1984. She earned her second-class upper in accounting from the University of Nigeria, Nsukka. Cossy Orjiakor stands about 5 feet 8 inches tall. She did, however, go on to obtain a master’s degree fro the Lagos State University. The Nigerian video diva enjoys defending her close friends and avoiding the shame that comes with various fracases.

Orjiakor was born in the state of Anambra in the year 1984. She earned a master’s degree from Lagos State University after graduating with a second class upper in managerial accounting from the University of Nigeria, Nsukka. 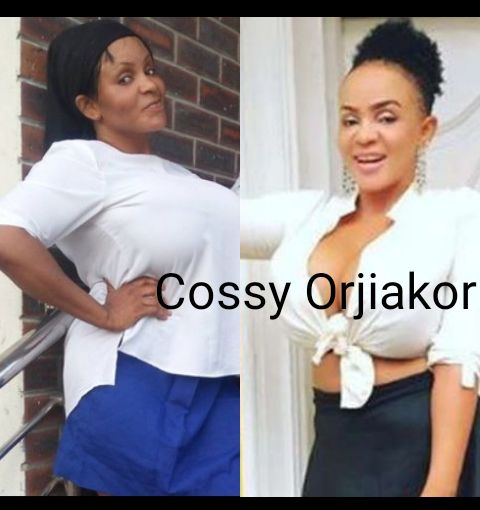 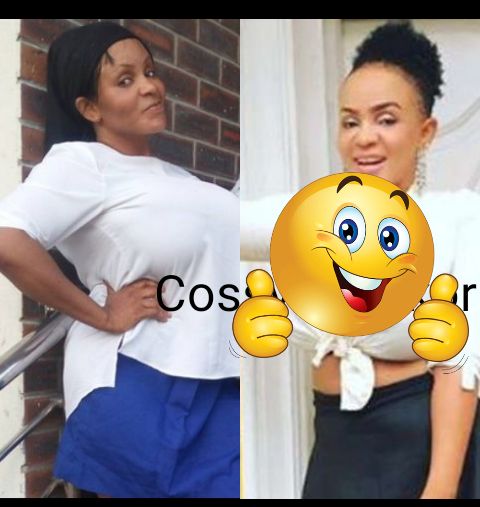 Orjiakor is notorious for parading her breasts at occasions, describing them as a “wonderful gift from God” and stating that she would not directly breastfeed her kids to keep them firm. Her ascent to prominence was aided by her disproportionately huge breasts, which she flaunts frequently. She was dubbed the “boob star” of Nollywood by the Daily Post. She’s a “boobs toting” actress and singer, according to Vanguard. She claimed in an appearance with Encomium Magazine that being a mother is more important than being married.

Following the arrest of a man by Nigerian police for calling her dog Buhari, Orjiakor took to the internet to reveal that she had named her canines Buhari and Jonathan and dared security agencies to arrest her as a way of expressing her displeasure towards the government while advocating for the rights of Nigerians.

Orjiakor has dabbled in a variety of entertainment fields. She has appeared in music videos, starred in films, and released an album. Her debut album, Nutty Queen, was published in 2013, and she confesses that it has vital messages for the general public. On moral concerns, she ruled out the option of going completely naked in a film. She emphasized the importance of exposing her body as part of her entertainer’s brand. In January 2013, a female blogger advised her to change her lifestyle in order to combat the alleged unfavorable reputation of Igbo women. She responded, noting that the letter was an act of “joblessness,” and that her profession had provided international prestige to her country.

Cossy Orjiakor, Bollywood’s Boob’s star, is now single. She had a relationship with Abel Jurgen Wilhelm, a Nigerian German model. They were in the headlines a few months ago after her long-term boyfriend, Abel Jurgen Wilhelm, called off their engagement. Her ex-lover claimed that he was physically abused by Cossy for his reasons.

Where is Cossy Orjiakor Now?

Cossy Orjiakor is very much around and healthy. However, it appears the glamour is gradually leaving the controversial celeb. I won’t say it is age. No, she said she was born in 1984. She is still in her prime. Unless, she is not telling is her real age. Time will still tell. I mean with time, we will know why the shining has suddenly left.