Pastor Turns his Church Alter into Fruits Bedroom; Says it is Garden of Eden

A Pastor has caused a commotion on social media as he recreated a second Garden of Eden in his church alter. He brought in a bed in the church and surrounded it with all types of fruits. Pastor Turns his Church Alter into Fruits Bedroom – Garden of Eden.

He did not stop there, he was pictured lying in the bed inside the church before the congregation who hailed his actions. Pastor Builds a second Garden of Eden in his Church. See what He was caught doing that Got People Talking.

English Is Not Your Mate. See What This Pastor Wrote on His Church Signpost

The photo of the fruits collections you are about to see in this post are not fruits that stand in the market or shopping mall. It is a church. In fact, it is an altar in a church.

This pastor through the help of his members has built a fruit bedroom in his church and called it the garden of Eden. He also tagged it on the body; “the resting place”. 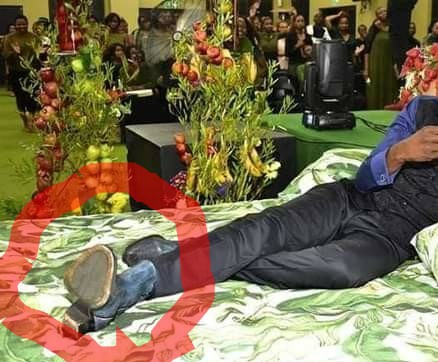 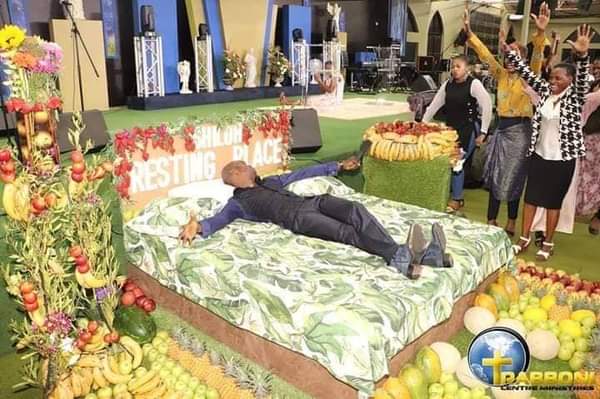 The Pastor came to the church and lied in the bed which was surrounded by all kinds of fruits inside his church. Members were seen hailing and praising his actions. He was also seen addressing his congregation sitting on the bed. The act of this pastor has attracted so many reactions from people; the majority carpeted the man of God and said he is fake.

Other people reacted and said that his shoes are the opposite of the decorated bed. See the screenshots of what people are saying about this church, the members, and the pastor. 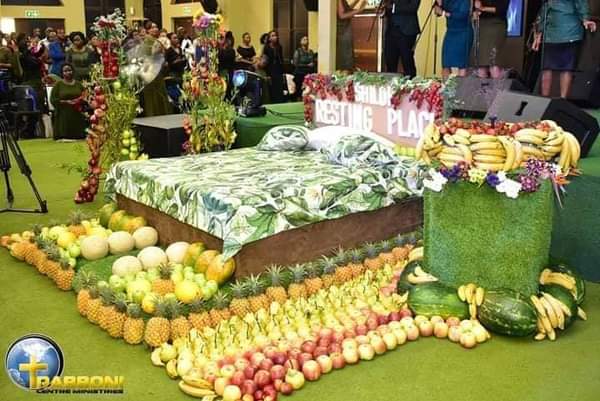 Church Alter Turned into Garden of Eden with a Bed

This Pastor’s strange action has caused huge stirred on social media. many quicky tagged his action and endtime act. A social media user added that that is how he will lure many female members on the bed with him inside the church.

Another user pointed that People do not read the Bible and are easily mislead. Some others were bold to call it arrant nonsense and pointed the excesses of African Pastors.

Here are the Screenshots of evidence of what people are saying about the post “Pastor Turns his Church Alter into Fruits Bedroom – Garden of Eden”. Please. share the drop your comment in the comment box. 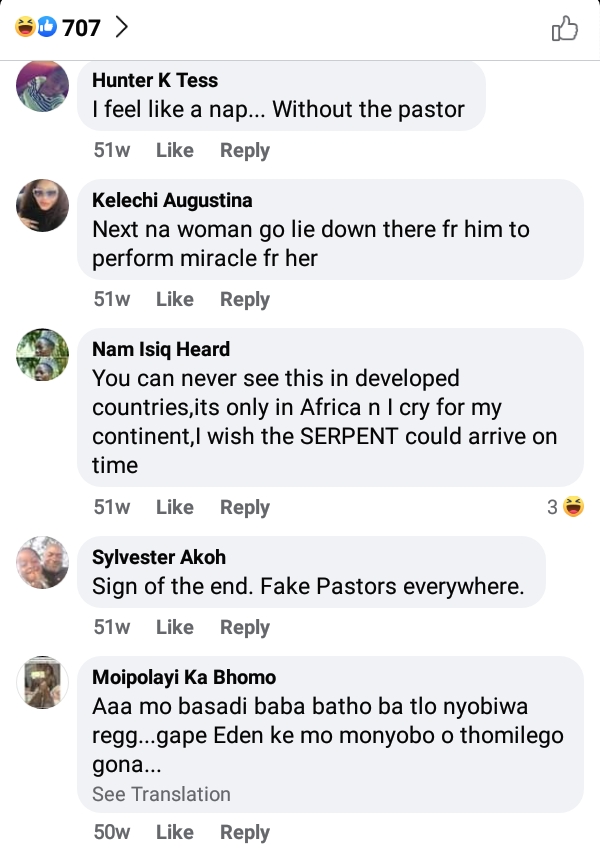 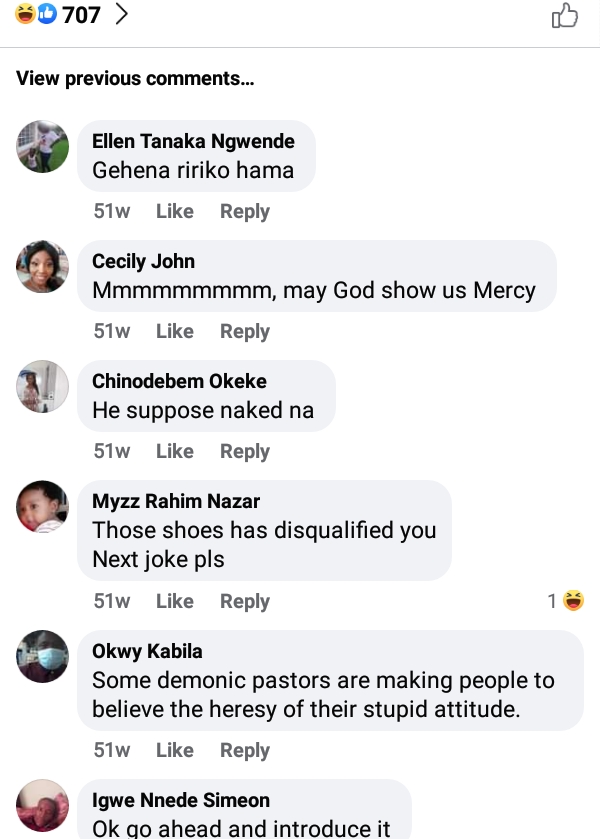 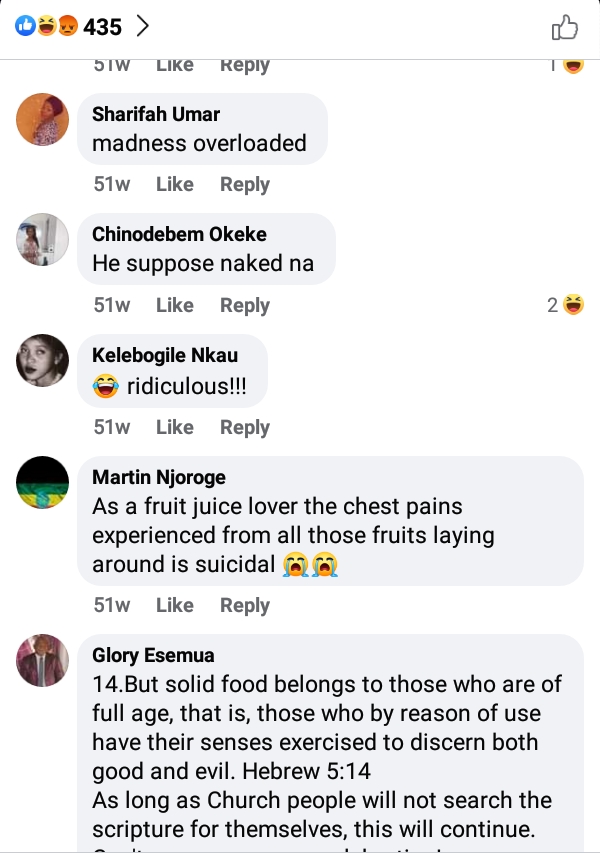 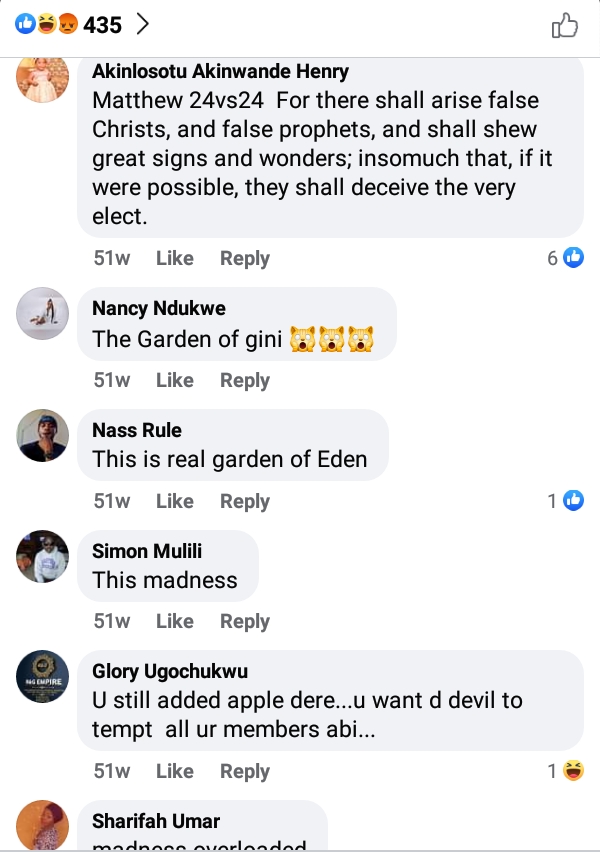 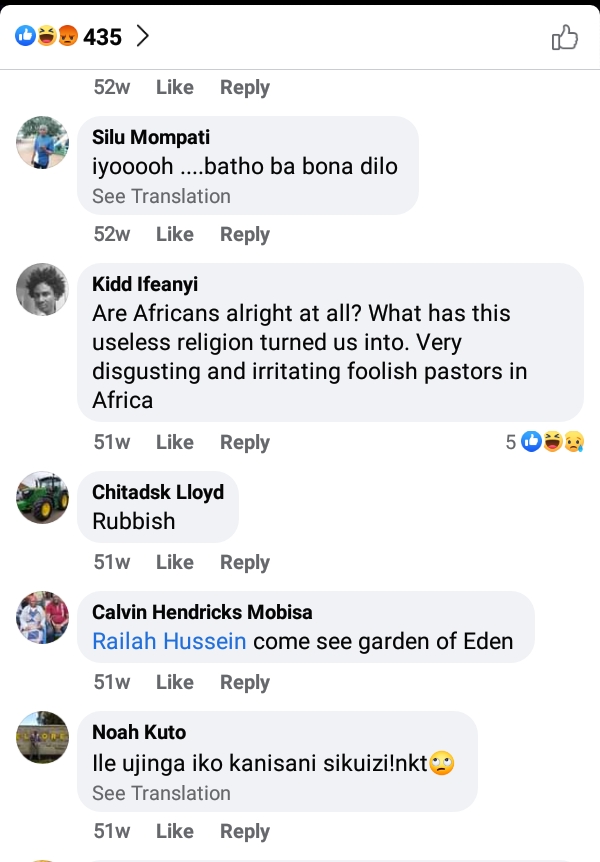