Hello lovelies. Today we bring you the biography of one of the most talented young Nigerian comedian and content creator who have stood out and above the crowd of other content creators with his unique style of comedy who although he have not won any award yet because he is still starting out in the field, have won the heart of his audience and followers. Biography of Brainjotter, State of Origin, Career, Family, Age and Net worth.

Popularly known as Brain Jotter (which is actually his stage name), Mr. Chukwuebuka Amuzie is a young Nigerian comedian, content creator and actor. He hails from Owerri Local Government Area in Imo state.

Chukwuebuka Amuzie A.K.A Brain Jotter is popularly and famously known for his “I don’t care” attitude in most of his comedy skits which he posts on his Instagram page and Youtube account.

His talent and creativity has put him into spotlight despite finding himself in the midst of the ever growing number of Instagram and Youtube content creators. 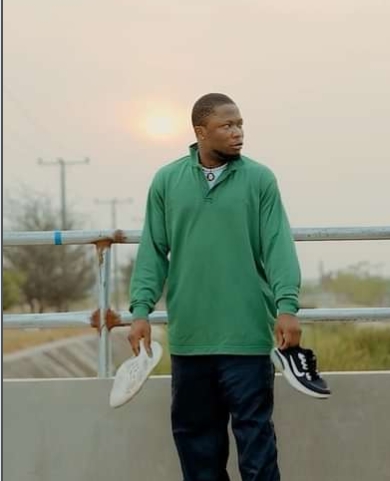 Read also: About Lord Zeus, his biography, career, family, marriage and Net worth

State of Origin Of Mr. Chukwuebuka Amuzie A.K.A Brain Jotter

What state is brainjotter from? First of all, brainjotter is an Igbo boy. His real name is Mr. Chukwuebuka Amuzie. He is from Imo State. He hails from Owerri Local Government Area in Imo state which is located in the South Eastern part of Nigeria. The young comedian and content creator is currently based in Lagos Nigeria, from where he makes his hilarious skits.

The popular young Nigerian comedian and actor also attended the prestigious Ghana National University which is located in the country of Ghana.

Mr. Chukwuebuka Amuzie A.K.A Brain Jotter started his career as early as when he was still in his University days. He was said to have been a funny guy even before his career as a comedian kicked off.

BrainJotter started a stand-up comedian in his University days and he featured in many Comedy shows while he was still in school.

He became more recognized in 2020, when he started creating comedy skits and posting them on his Instagram page.

His followership boosted when top Nigerian celebrities started appreciating his comedy skits by reposting them thereby making them go viral.

His “No stress” and “I don’t care” style of comedy have made his comedy skits quite unique and different from that of many other comedians.

He is also popularly known for the slang “Abeg getat” which he usually uses whenever he wants to leave a conversation or cut off an argument.

The popular Nigerian comedian also has a quite funny signature ending of picking up his shoes, clapping them together, and leaving the scene whenever he is caught up in an unpleasant scenario and wants to leave.

How Mr. Chukwuebuka Amuzie A.K.A Brain Jotter Came Into Limelight?

Despite starting his career as a comedian in his University days, BrainJotter did not become as popular as he is now till he started posting his skits on his Instagram page. He has been performing in different comedy shows while still in school and did not gain mass recognition till 2020 when he started to harness social media to grow his career.

He started posting his amazing skits on his Instagram page and Nigerians started acknowledging and appreciating his works and talents by reposting and sharing them.

His popularity grew gradually as he continued surprising with his fans and followers hilarious comedy skits.

Mr. Chukwuebuka Amuzie A.K.A Brain Jotter’s followership and recognition grew in a very surprising way when the popular Nigerian blogger, Tunde Ednut, reposted some of his comedy skits. This singular act of reposting by the popular blogger gave Brain Jotter a lot of followers and he started gaining recognition on different social media platforms.

Despite having recently started his career as a comedian, Mr. Chukwuebuka Amuzie A.K.A Brain Jotter has amassed a lot of wealth from his different social media accounts, sponsorships and also as a Brand ambassador.

He has an estimated net worth of around $50,000 (Fifty thousand dollars) which has an equivalent of #20, 725, 000 (Twenty million, seven hundred and twenty five thousand) in Naira with the exchange rate of #414.5 Naira per dollar (four hundred and fourteen Naira, five kobo).

As a new comedian, Brain Jotter has not yet bagged an award although he was nominated as the 2021 next rated comedian at the Denisa Awards. Even without any award, he has massively captured his followers’ hearts.

At the rate his career is booming, Mr. Chukwuebuka Amuzie A.K.A Brain Jotter would certainly bag an award in the nearest future.

Brainjotter, the popular actor, content creator and comedian was born on the 5th of February, 1995.

About Brain Jotter’s Relationship, Mr. Chukwuebuka Amuzie has an undisclosed relationship status. He is not married and he is leaving his fans clueless on whether he has a girlfriend or not.

As an indigene of Owerri Local Government Area in Imo in the South Eastern part of Nigeria, Mr. Chukwuebuka Amuzie A.K.A Brain Jotter is a member of the Igbo tribe of Nigeria.

He was Born into a Christian family by Mr. and Mrs. Amuzie, Brain Jotter is a Christian by religion.

Brainjotter’s real name is Mr. Chukwuebuka Amuzie. He is a young Nigerian comedian, content creator and actor. He hails from Owerri Local Government Area in Imo state. He is estimated to worth about $20,000.00 dollar. He is Currently 27 years old in February, 2022.

One thought on “About Brainjotter Biography, State of Origin, Career, Family, Age and Net worth”