Woman to Woman Marriage in Igbo Culture/Tradition. Can a woman get married to her fellow woman in Igbo culture? The answer to this question is yes.

It is traditionally permitted for a woman to pay dowry on the head of her fellow woman and calls her, her wife. But this same tradition forbids a man to get married to his fellow man.

Igbo tribes are groups of people with unique cultures and traditions. In Igbo land, men are the head. Women are subject to men. They are seen but not heard in some important issues.

No matter how exposed a woman is, there are things that woman is not permitted to do in Igbo culture. Read them here.

Some of those things are laid down in the Igbo tradition and passed from one generation to another. Although, there are little differences in some Igbo areas.

In Igbo culture, men are permitted to do anything except one thing. Men are not permitted to marry their fellow men but women can. A woman can be legally married to her fellow woman and calls her, her ‘husband’.

Men can do anything without being queried but not this one. Our grandmothers were taught that their husbands can cheat and go scotfree. But when a married woman dares it, she will be penalized and returned to her parents.

Why are men not permitted to Marry their fellow Men in Igbo Culture?

The answer to this question is very simple. It demands common sense to give the correct answer to it.

A man cannot get married to a fellow man in Igbo culture because every man in Igbo land is an Obi. Obi stands for a head or a captain.

Once a man is born, he is already an independent lineage. He is required or expected to replicate his lineage.

So, a captain or an independent Obi cannot be moved and be subjected to a different Obi. Two captains cannot be on the same ship.

Again, many Igbo cultures do not give out a child who is born out of wedlock to the biological father. It is required of a man to pay a bride price of a woman before he can claim offsprings that come out of the union.

Therefore, since men do not have the ability to conceive children, it is of no use getting married to them since there is still a need to get married to a woman who will bear children.

In a nutshell, a man cannot get married to a fellow man because every man in Igbo land is a string of lineage. 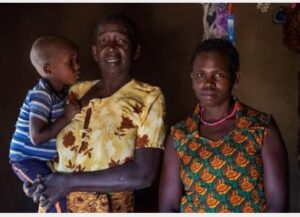 The number one major reason why a woman gets married to her fellow woman is because of the need for procreation. Minus this, I don’t think there will be a need for the practice.

I am in the position to provide accurate answers for this because I am somehow a product of woman-to-woman marriage in Igbo culture.

A woman who did not bear a child to her husband before her husband dies is traditionally permitted in Igbo culture with the supports of her husband’s agnates to marry a wife for herself. The wife will bear children in the name of her late husband.

In many cases, the woman may bear a child for her husband but not male children. The new wife is now being married with the hope that she will bear male children who will continue in the lineage of the dead husband.

Who is Responsible in Procreation for Woman-to-Woman marriage?

The choice of the man who will be responsible for procreation for woman-to-woman marriage in a typical Igbo culture is by an agreement. Both women will reach an agreement before paying her bride price.

It is either the woman who marries such a woman, makes a choice among the able young men in her husband’s kindred or outside. Or, the wife will choose whom she wants to be the father of her children.

Pros and Cons of Woman to woman marriage in Igbo Culture.

The major advantage of a woman getting married to her fellow woman in Igbo culture is the need for continuity (Aha m efula). She bears children who will take on the name of the family.

Another one is to avoid the extinction of lineage.

The disadvantages of a woman getting married to a fellow woman in an Igbo culture are subtle. It encourages promiscuity. It has also destroyed many natural homes as some men who were chosen to perform the work abandoned their main family and focus on the concubine and the children.

Sexually Transmitted Diseases and Infections are spread. This is because most times, the wife married to a woman chooses to hop from one man’s bed to another.

In lesbianism, women practice sexual relationships with each other but in Igbo Tradition woman to woman marriage, they do not.

They go outside to seek for sexual partners who is always a man.

We posed a question; “Can a woman get Married to a fellow woman in an Igbo Tradition”? and we have provided the answers.

The answer to this question is yes. It is traditionally permitted for a woman to pay dowry on the head of her fellow woman and calls her, her wife. We also said the same tradition forbids a man to get married to his fellow man.

In the body of the article, we tried to also provide answers to why it is forbidden for Igbo men to get married to fellow men. We explained the reasons why a woman is permitted to get married to her fellow woman and who is qualified to do that.

It didn’t stop there, we compared woman-to-woman marriage in Igbo culture with the practice of lesbianism. Finally, we also drew the cons and prons.