Drama in Lagos Courtroom as Judge Asks a Man to Raise both Hands Up for Not Wearing Face Mask. See the photo of Man who raised both hands up in the Court in Lagos for not wearing a Face Mask.

A Judge at Bode Thomas Court in Lagos took Covid-19 preventive measure to another level as he punished a defaulter in his courtroom this morning. He saw the man appearing in the court without a facemask. See the photos of the man asked to raise both hands up outside the courtroom.

A melodrama occurred today in Court 2, Bode Thomas, Lagos when a full-grown man was seen raising his both hands up like a school child in a court. He was serving a punishment given to him by a Magistrate for not wearing a Facemask inside the Court.

The man in question was in Court 2, Bode Thomas, Lagos, today. But he went inside the Courtroom without wearing his face mask. He was punished for not abiding by the Covid-19 prevention guidelines was punished in court.

See another photo below: 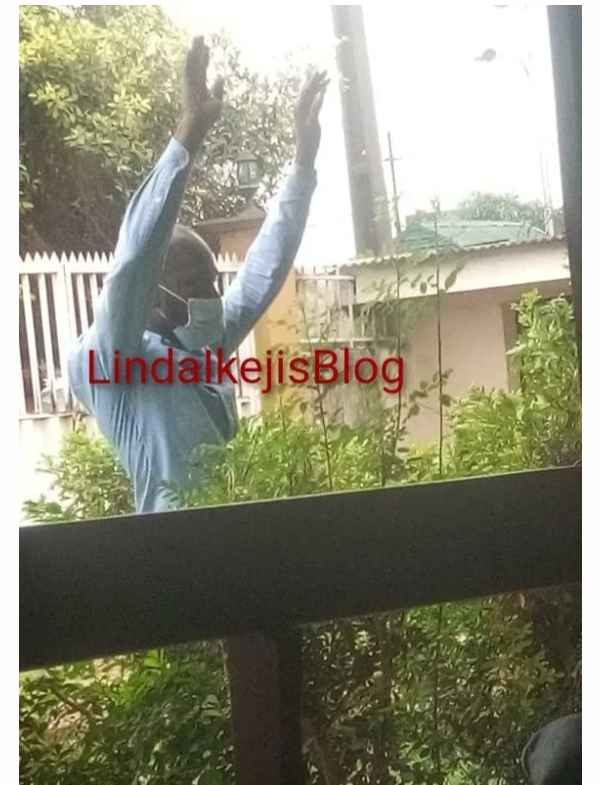 Thanks for reading. You can follow us here to receive notifications when we publish new posts. Just SUBSCRIBE TO OUR NOTIFICATION.