The disappearance of Vultures. Vultures are scavenging birds of prey that play great roles in the survival of our ecosystem. They eat up carcasses and wastes which on their own will constitute health hazards to the man if allowed to decay on its own.

However, recently, vultures are no longer seen doing these jobs. They have disappeared overnight. To where? This is what this post will reveal. Just read to the end.

Have you bothered to find out what happened to the vultures? Why are they no longer seen in their usual spots; at the market, on the roads, near carcasses? The answer is simple. The vultures are disappearing because meat sellers are killing them and selling them to us as turkey meat.

Can you answer these two questions?

If your answer to these questions is no, especially that of the number two question, you need to read this piece to the end. This information is for you.

There is an adage that says; “The trap should leave the vulture, it is not food for the belly”. But, is that so? I have also read in a book where the author made an assertion using a vulture. The author said; “a child that eats vultures has practically implied that his ancestors who forbade them were foolish”. And asked again; is that so?

Many Christians do not eat vultures because the Bible instructed them not to do so. Vulture was among the birds and the reptiles that were listed in the old testament which should be avoided.

Other Christians have countered this belief, citing what happened in the new testament with one of the apostles. He was presented with those meats that were termed as defiled and was asked to kill and eat. Others argue and said the revelation has nothing to do with the physical meat. Apart from the Christian religion, other religions like Islam forbid vulture meat.

According to FirstPost; “Muslims are prohibited from consuming flowing blood. Meats that are considered haram, such as pork, dog, cat, monkey, or any other haram animals, …All birds with talons such as hawks, falcons, vultures, eagles are forbidden”.

Whether religious or not, vultures are not meat in the days of our ancestors who were idol worshipers. As I grew up, I saw vultures in the markets moved and mingled freely with humans. I saw vultures on the roads while traveling; gathered around carcasses.

This is a question every mature adult should ask. I have the answers.

There are three major reasons why vultures are disappearing:

(1). “One of the major causes of mortality and disappearance of vultures was found to be the veterinary non-steroidal anti-inflammatory drug ‘Diclofenac’, given to cattle in pain and inflammation” (Letmebreathe in Sharp decline of vulture population)

That is to say that animal carcasses like cows that were treated with Diclofenac are killing the vultures after feeding on the carcass. 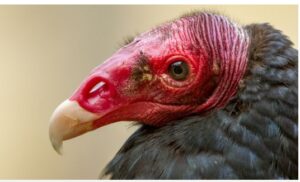 Before I provide proof for this assertion, I will like to back it up with a similar claim from a reliable source. “A major reason why vultures are so endangered is that they are specifically targeted for their body parts. These are used for traditional medicinal purposes in the “muthi” trade as well as for meat”. This is a claim by wildlife act.com.

We have caught vulture hunters severally in the village who came for vulture hunting. They added tobacco snuff and nicotine on chunks of meat and spread on the roads. Vultures came to eat them and fell on the roads. They filled their sack bags, made away with the birds, and returned next time.

They were caught and arrested by the Vigilante group. When our village heads were interviewing them they said they use it for meat and rituals.

They admitted they have been going from one community to another, hunting vultures. They sell vulture meat to the roadside restaurants. They prepare it along with chicken and Turkey as pepper soup and roasted meat and we bought it.

Apart from selling to the eat-out outlets, they confirmed that vultures are packaged along with frozen chicken and Turkey and sold in the markets to unsuspecting customers.

Vultures share a similar resemblance to turkey. when packed together, you can hardly distinguish which is which. We have all eaten vultures without knowing. We have ignorantly bought vulture with our money for meat. There are species of vultures that look like a turkey. They are even called the “Turkey vulture”. 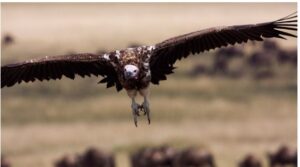 (3). For the ritual uses, they said vulture eggs cost a fortune. So, they rear vultures and sell their eggs to native doctors and individuals. This also means that there are places where vultures are kept and reared for the laying of eggs.

Vultures are ecosystem-friendly. They are not for meat. Do not encourage the killing, maiming, or eating of it. Help secure our ecosystem. Again, for safety sake, when next, you say yummy chicken, yummy Turkey, look closely. You could be licking your fingers for vulture meat.

(originally published by me on Opera news)

2 thoughts on “Vultures are Disappearing because we are eating them ignorantly. Find out how”